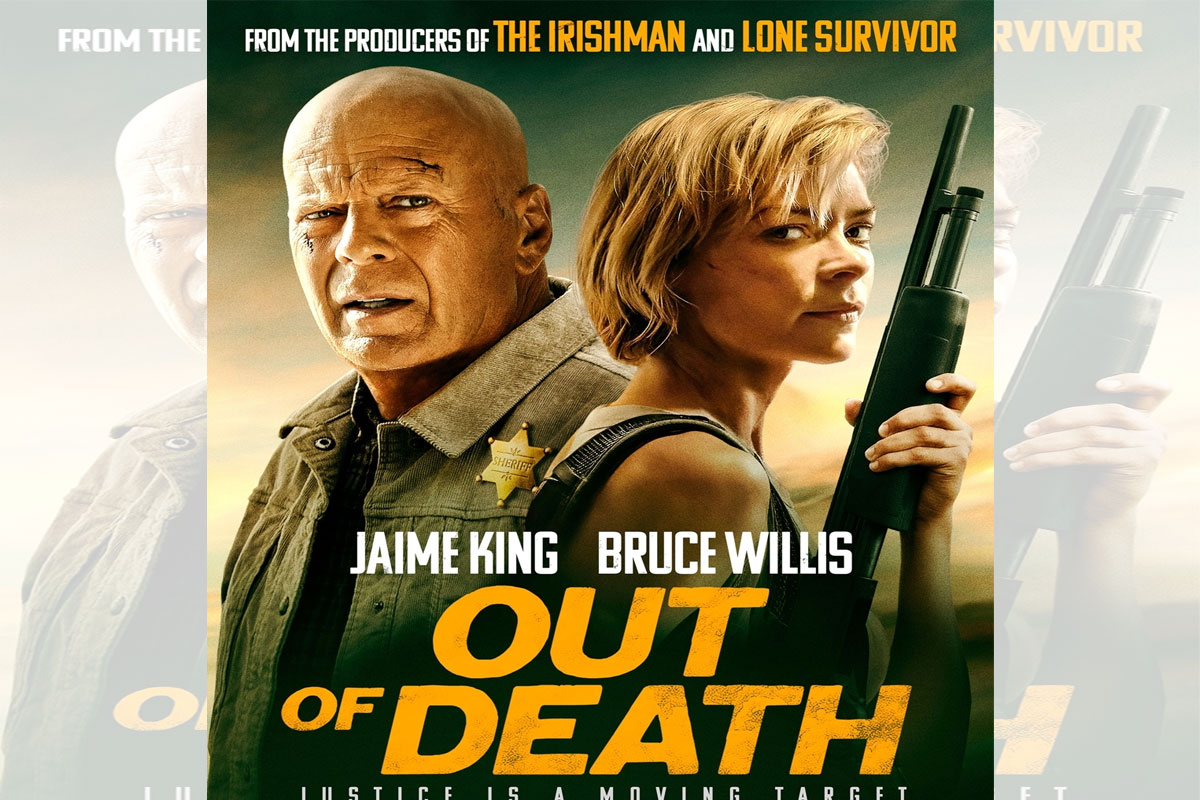 Review of Bruce Willis’ action-thriller ‘Out of Death’

BRUCE Willis hit it big as an action star in the blockbuster “Die Hard” franchise and he has made other hit flicks after that. But just like other aging action stars who are still busy like Arnold and Stallone, he now makes forgettable films that are shown mostly on direct to video like “Hard Kill”, “Survive the Knight”, “Breach”, “Cosmic Sin” and the last one we’ve seen, “Out of Death”, where he plays more of a supporting role.

Set in a small mountain town, the lead character is a female photo journalist, Shannon (Jaime King), who hikes in the woods to scatter her father’s ashes. While walking alone in the forest she sees a female cop, Billie (Lala Kent), in the distance dealing with a drug trafficker.

She hides and witnesses how the deal goes terribly wrong, with the abusive lady cop shooting the drug dealer on the head. Since she has a camera with her, Shannon secretly takes photos of what happened. But Billie sees her and this starts a cat and mouse game with Shannon calling on another cop, Tommy (Tyler Jon Olson).

They also inform their immediate superior, the crooked sheriff who is currently running for mayor, Hank Rivers (Michael Sirow). They were ordered to go after the innocent bystander who witnessed the crime as she will surely be a threat to his political ambitions.

After quite a lengthy chase, they are able to apprehend Shannon and they’re about to stage an extra-judicial execution on her. But this is where Bruce Willis as Jack Harris comes in. He himself is a retired law enforcer. He has just moved to a nearby cabin in the woods and is still grieving from the recent death of his wife. Of course, he gets to save the heroine in distress in the subsequent shootout.

Actually, his appearance here is more like a guest or special appearance but let’s face it, his name on the marquee will still help in drumming up interest for the movie. It’s Jaime King who gets more of screen time and, in all fairness to her, she does quite well in her role as the beleaguered and reluctant heroine.

But Bruce, who’s now 66 years old, plays a good guy role as a heroic has been here, since in lots of his movies that we have seen lately, he played the bad guy. It’s clear he just accepted the role for an added income and one write up says he only shot his scene for the movie in only one day. Not bad at all in exchange of his paycheck and he does his work pretty well.

In contrast to him and Jaime, the three actors who play the generic villain roles (Billie, Tom and Hank), seem to be under the impression that they are doing a comedy. They are shown always barking at each other like they’re in a sitcom and just plain bumble in most of their scenes. Their presence definitely indicates that this a B movie that just lacks fun and energy. Even the title “Out of Death” is actually nonsensical and we cannot explain what that exactly means for the movie since there are actually so many deaths in it.