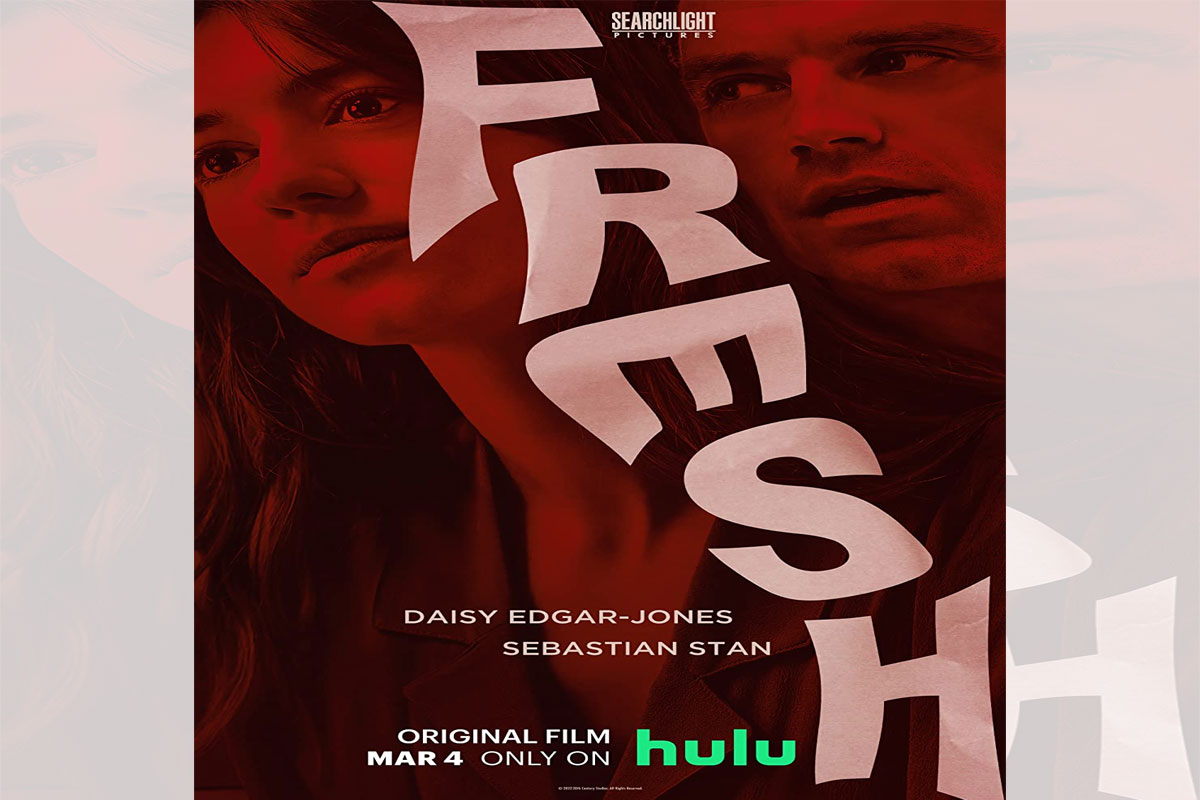 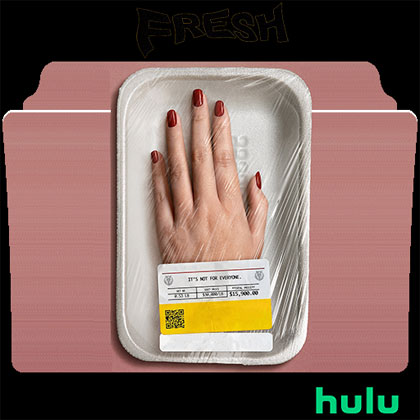 ‘FRESH’ starts as a romcom but it takes a very morbid twist that you can call it an anti-romcom movie. It stars Daisy Edgar Jones, the British actress whose performance in the Brit series “Normal People” we enjoyed so much. She plays Noa, a girl who tries online dating but she’s so frustrated because they guys she gets turns out to be assholes.

From out of the blue, she meets a guy named Steve (Sebastian Stan), in a grocery store one day. He strikes up a conversation with her, and he’s so pleasant that she is attracted. She learns he is a doctor and they exchange telephone numbers. They go out on date and she enjoys his company so much that she agrees to go to bed with him.

Steve then invites her to join him on a weekend trip and she agrees. Her best friend Mollie (Jonica Gibbs), tells her it’s not advisable as she hardly knows him. Still, she goes with him and he takes her to his lavish home. It takes about 30 minutes into the film before the opening credits with the cast of actors are shown.

Steve gives Noa a drink, which turns out to be drugged. She is knocked out, and when she regains consciousness, she is already in chains, a captive of Steve in his basement-dungeon. Steve says he butchers women and sells their body parts to wealthy customers who are into cannibalism!

When she tries to escape, Steve chastises her by removing her buttocks! Noa finds out another woman is also held captive in another room, Penny (Andrea Bang.) They’re being kept to make sure their meat stays “fresh”, as the title implies.

Noa’s friend Mollie gets agitated when she goes missing and investigates on her own. She finds out Steve’s real name is Brendan and he is actually married with kids. Thinking he is just being unfaithful to his wife, she pays his wife Ann (Charlotte Le Bon) a visit.

Brendan then appears and when Mollie confronts him about Noa’s disappearance, Ann turns out to be an accomplice of Brendan and bonks her on the head, knocking her unconscious. What her motive is in tolerating her husband’s evil deeds is not explained.

From here, you know the captured girls have no choice but to fight back for dear life if they went to survive the demented Brendan. The climax is filled the expected violence and gore for the much needed catharsis. “Fresh” could very well be a cautionary tale about the dangers of trusting a total stranger who can very well be a psycho like Brendan.

We’d like to root for Noa but you can’t totally sympathize with her as she is so careless. During the end credits, a scene shows some folks seated at a table about to eat what we think is human meat. Looks like they’re part of devil worshippers but we cannot get their connection with the movie.

This is the second movie where Sebastian Stan plays villain, after “The 355” where he played Jessica Chastain’s scheming boyfriend. He now joins the list of despicable horror psychopaths who abduct their victims and imprisons them, like in “The Collector”, “The Silence of the Lambs”, “Misery”, “Room”, “Saw”, “Split”, etc.

Daisy Edgar Jones is effective in her role as the naive Noa who expresses utter shock and horror when she realizes what she got herself into. But just like in “Silence of the Lambs” and “Misery” where the villains won Oscars, “Fresh” belongs to Stan as Brendan. He shows a side of him that his superhero movies as the Winter Soldier did not. He looks nice and chivalrous but turns out to be a hideous monster.

This is Director Mimi Cave’s first directorial try and though it’s riveting at the start, it fails to maintain its vibe wavers between comedy and violence that it fails to do justice to its title. It’s not really “Fresh” after all because as the story grows more macabre, the less stimulating it becomes and not so much fun to watch. It’s really more stale than fresh.

Review of rousing Disney musical-comedy, ‘Better Nate than Ever’