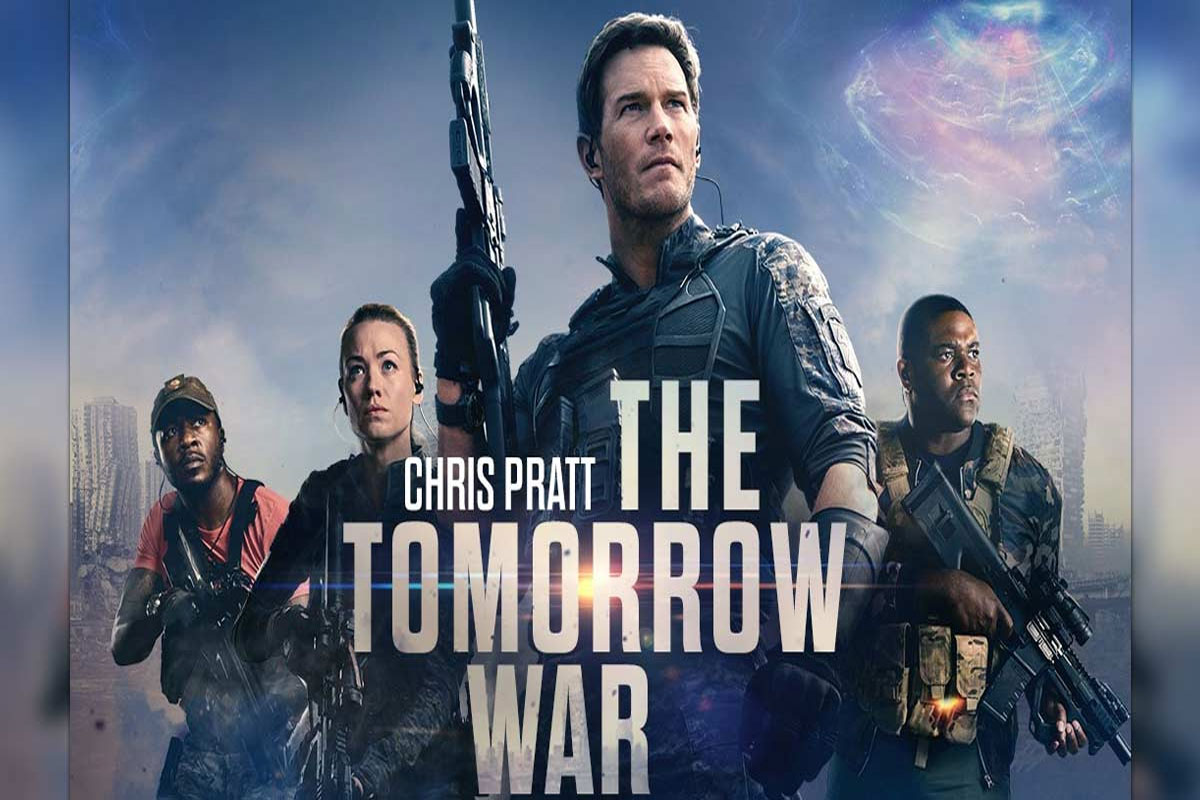 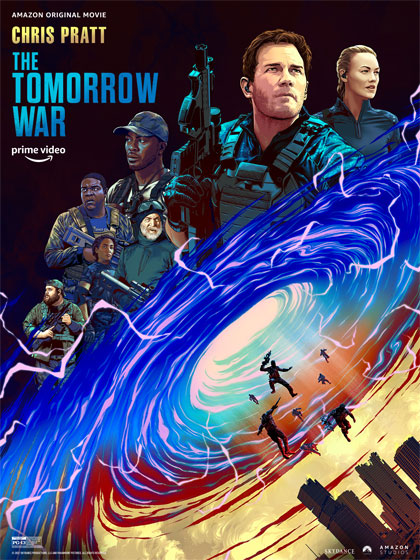 CHRIS Pratt takes a leave from the “Guardians of the Galaxy” franchise to do a futuristic sci-fi war film against aliens, “The Tomorrow War”. He plays Dan Forester, a war veteran who wants to work at the army research laboratory but he’s not accepted so he now works as a high school biology teacher.

While the World Cup is going on, TV viewers are shocked when time travelers from the year 2051 suddenly arrive. They come to warn everyone that the world has been invaded by deadly alien monsters called white spikes who appeared without warning in Russia in 2048.

In such a short time, the aliens have killed a majority of the human race. Humans are losing the war against them and humanity is destined to be extinct. The only hope for survival is for volunteers from the present are transported into the year 2051 to help in fighting the aliens and rewrite history by killing the aliens even before they can appear on our planet.

Pratt, who is married to Emmy (Betty Gilpin of “The Hunt”) and has a cute daughter named Muri, gets drafted and is transported into the future via a wormhole machine called the Jumplink. He will serve for a compulsary seven days but is informed that most of the volunteers do not come back and the chance of survival is slim, so it’s a veritable suicide mission.

In the future, he meets Col. Forester (Yvonne Strahovski of the TV series “The Handmaid’s Tale”), a scientist who aims to discover a toxin that will kill the aliens, specially the females that breed. It turns out that the spunky colonel is actually Pratts daughter, Muri, now all grown up and with a lot of issues against her dad for abandoning her and her mother.

It’s the daddy issues that give the movie a human element since Pratt himself has serious complaints about his own dad, J.K. Simmons, who also abandoned him and his mother. His father is also a war veteran and says he has to leave his family because he has become a different man with PTSD and anger issues. He felt he will only be a threat to the safety of his own wife and son if he’d stay with them.

Pratt and his team of draftees are sent to a laboratory in Miami to rescue the personnel there before the place is bombarded to kill the white spikes there. They then help in capturing a female alien and Muri succeeds in inventing a toxin that will kill it. Pratt’s mission is to bring the toxin back to the present so they can mass produce it.

Pratt does get back to the present with the toxin but the Jumplink has been destroyed so he can no longer return there with the toxins. He then has to find a way of using the toxins they produced on the white spikes before they appear in 2048. He goes on a special mission with his team and with the help of his own estranged dad. Will they succeed in rewriting the fate of our planet to save humanity?

The movie is obviously made for the big screen because the action scenes are truly spectacular and best seen with surround sound for maximum and immersive viewing experience. It would have been a perfect popcorn flick for the U.S. summer. We read it has a budget of $200 million and the visuals are really eye-popping, specially the way the frightening aliens are designed and created so convincingly on the big screen.

Directed by Chris Mackay, who previously helmed the two “Lego” movies, it feels like you’re fighting in a video game with fantastic special effects full of explosions and fury. But the pandemic forced it to be released on Amazon Prime Video and we doubt if it could recover its investment. The movie runs for more than two hours and you can feel that the narrative is padded because nothing much happens in the first half hour but a lot of blah blah blah.

They could have shortened it to quicken the pacing. In fairness to the actors, they all do the best they can with the material that was given to them. Pratt plays a relatable character as an ex-military who is the perfect recruit to fight the aliens since he knows how to use a weapon in combat and lead a tactical team in a war zone. He’s got the perfect combination of brain and brawn that gives him the charisma to play another likeable, crowd pleasing action hero just like in the “Guardians” franchise. 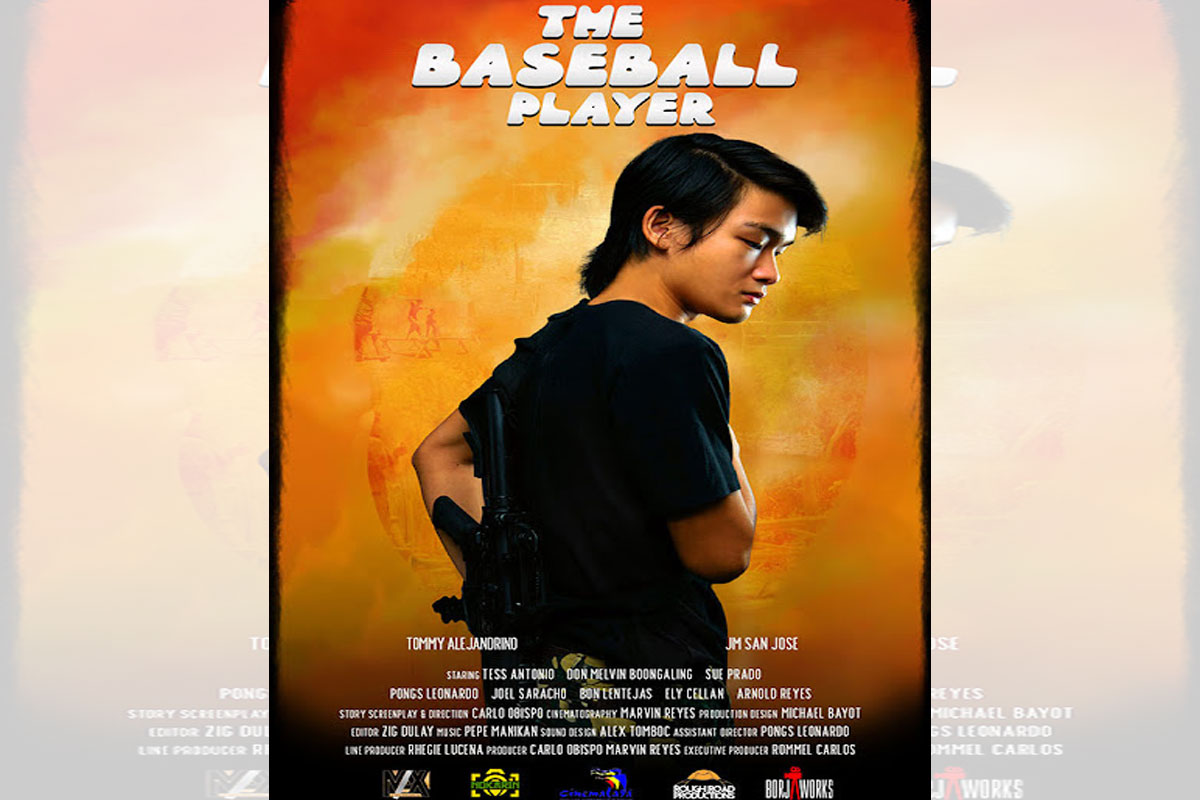