Journal News / Mysterties / Retrieved UFOs and Dead Aliens: Have Their Ever Been Any? Nope 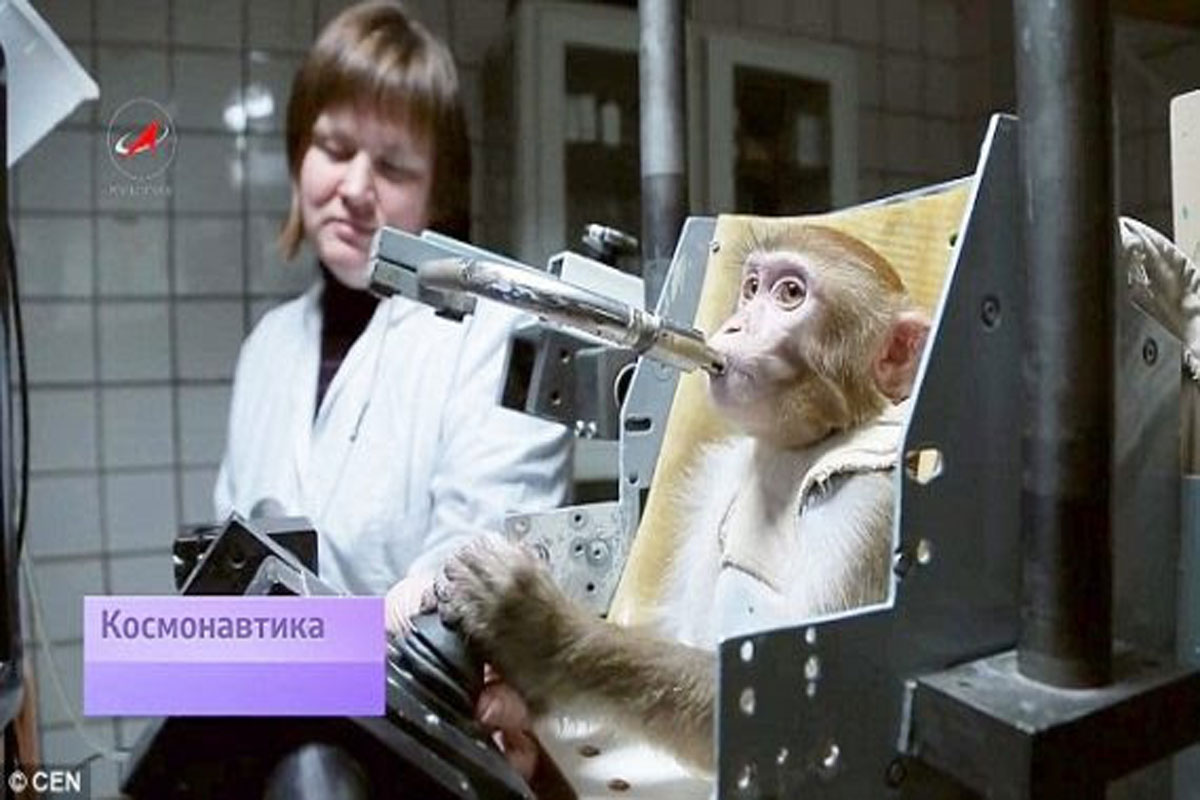 When it comes to the matter of UFOs, there’s one thing that could solve the entire riddle in a moment. I’m sure you can guess what it is. It’s a crashed UFO and its crew (dead or alive). Over the decades, dozens of claims of such secretly retrieved craft and bodies by military personnel have been made. Unfortunately, no hard evidence of this type has ever been found. No corpses. No ship. Even the world’s most famous crashed UFO story – Roswell, of course – has nothing but testimony and claims to support it. The fact is that we have no evidence that any UFO has ever fallen to Earth and been recovered. Over the years, I’ve pointed out why I don’t believe that any kind of UFO ever crashed outside of Roswell, New Mexico in 1947. Like it or like it not, the Roswell event was a top secret military experiment. That’s all. If the “best” crashed UFO case has fallen (as it has) then what does that say about all of the others? The answer is “Not a lot!” With that all said, let us take a look at some more reports of what have become known as “UFO crash-retrievals.” Let’s begin with the Aztec, New Mexico totally-non-event of March 1948.

Much of the story was pushed and prompted by a notorious character who was well-known to the FBI: Silas Newton. At its website, The Vault, the FBI says of Newton: “Silas Newton (1887-1972) was a wealthy oil producer and con-man who claimed that he had a gadget that could detect minerals and oil. He was cited as an authority in Frank Scully’s book Behind the Flying Saucers, a work that claimed to report on several UFO crashes in the area of New Mexico. In 1950, Newton said that a flying saucer crashed on land he leased in the Mojave Desert; however, he revised his claim in 1952, saying he never saw a flying saucer but had only repeated comments he heard from others. These files detail the FBI’s investigations into Newton’s fraudulent activities between 1951 and 1970 [italics mine].” 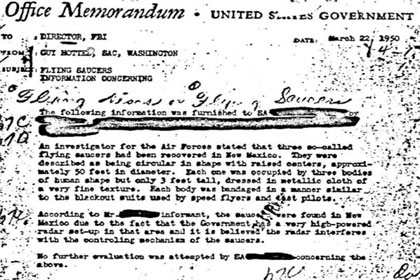 The so-called “FBI Hottel memo” that allegedly revealed a cover-up of the Aztec UFO crash, but that was just nonsense.

How about the 1953 Kingman, Arizona case? Over the years, the case has surfaced time and again – with several researchers believing that the case had merit. It didn’t then and it doesn’t now. The story of the crash of an alleged UFO in May 1953 – on the fringes of the town of Kingman, Arizona – is one of the most controversial of its kind. But, how many people really know how the “crashed saucer” saga began? I thought today I would share with you just how the whole thing took off, so to speak. The genesis of the story can be traced back to early February of 1971. At the time, Jeff Young and Paul Chetham were two new and enthusiastic UFO investigators who were digging into a truly sensational story that, if true, strongly suggested intelligent life existed outside of the confines of our own world. These amazing revelations came from a man named Arthur Stansel, who was a good friend of Young’s family and who claimed to have had personal, firsthand knowledge of a crashed UFO and alien body recovery near Kingman on May 21, 1953. 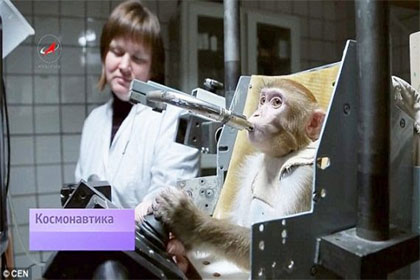 If you read the early, 1970s, material on the Kingman “case,” you’ll see that Stansel (while wasted on drinks, I should stress, and now dead) changed his description of the shape of the “UFO.” One minute it was small and shaped like an aircraft fuselage. Then, he altered it to the shape of a classic Flying Saucer. Make your mind, man. U.S. Air Force files demonstrate that in the same precise time frame of the Kingman crash – specifically, during the Atomic Energy Commission’s Upshot-Knothole tests that Arthur Stansel played a role in – the military was secretly test-flying drone aircraft in the Nevada/Arizona area with monkeys on board. While the image of an unmanned drone aircraft packed with a crew of monkeys flying across the deserts of the Southwest might sound laughable and bizarre in the extreme, official papers establishing that such tests were indeed undertaken have surfaced.

The papers were released into the public domain via the terms of the Freedom of Information Act, and are housed at the United States’ National Archives, where they can be viewed and studied by the general public and historians – which I have done. A document titled Early Cloud Penetration, dated January 27, 1956, and prepared by the Air Research and Development Command at Kirtland Air Force Base, New Mexico, states in part: “In the event of nuclear warfare the AF is confronted with two special problems. First is the hazard to flight crews who may be forced to fly through an atomic cloud. Second is the hazard to ground crews who maintain the aircraft after it has flown through the cloud…In the 1953 Upshot-Knothole tests, monkeys were used so that experiments could be conducted on larger “animals nearer the size of man. QF-80 drone aircraft were used, their speed more nearly approximating that of current operational aircraft.” There’s no doubt that the Kingman “UFO crash” was born out of rumors of what really happened: the crash of an aircraft with a poor, little monkey on-board. Now, there’s the “Spitsbergen” controversy. 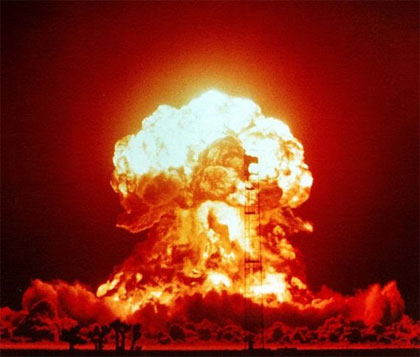 If there are two things we can say for sure about reports of alleged crashed UFOs, it’s that (A) there are a hell of a lot of them; and (B) many are highly controversial in nature. And one of those cases that falls firmly into category B is alleged to have occurred off the coast of Norway on the island of Spitsbergen in mid-1952. It’s a case that a few UFO researchers accept as being genuine, but that a great many believe to be nothing less than a complete and outrageous hoax. There’s another possibility too, however: that the story was a deliberate, government-created “plant” to confuse the truth about tales of UFOs crashing to earth, whatever that truth might really be. By far the most intriguing aspect of this saga, however, came from none other than the National Security Agency. From the NSA I obtained a translation of a 1960s Russian media article on the UFO subject. Contained within the article, I was interested to see, was a passing reference to the Spitsbergen incident, which stated:

“An abandoned silvery disc was found in the deep rock-coal seams in Norwegian coalmines on Spitsbergen. It was pierced and marked by micro-meteor impacts and bore all traces of having performed a long space voyage. It was sent for analysis to the Pentagon and disappeared there.” This was certainly a new slant on the case; but what really caught my eye was the National Security Agency’s reaction to the mention of the Spitsbergen story. Instead of dismissing the matter as a hoax, a still-unidentified NSA agent circled the paragraph of the article referencing Spitsbergen, and wrote in the margin the intriguing word “PLANT” in bold capitals. In other words, someone in the NSA knew that the case was not real: it was a bit of well-placed disinformation to worry the Russians into thinking America had a crashed high-tech UFO (or more than one…) on its hands.

In conclusion, the following needs to be noted: all of the cases above are well-known in Ufology. Also, each and everyone of them are (a) problematic and (b) total garbage. Flying monkeys, the wild claims of an alcoholic storyteller, a government plant, and the words of a shady businessman watched by the FBI for his many and varied illegal activities: those are the real stories. It’s not looking good for Ufology. This tells us something about Ufology when, despite the fact that none of these incidents ever happened, they’re still considered “the real deal” by so many in the subject.