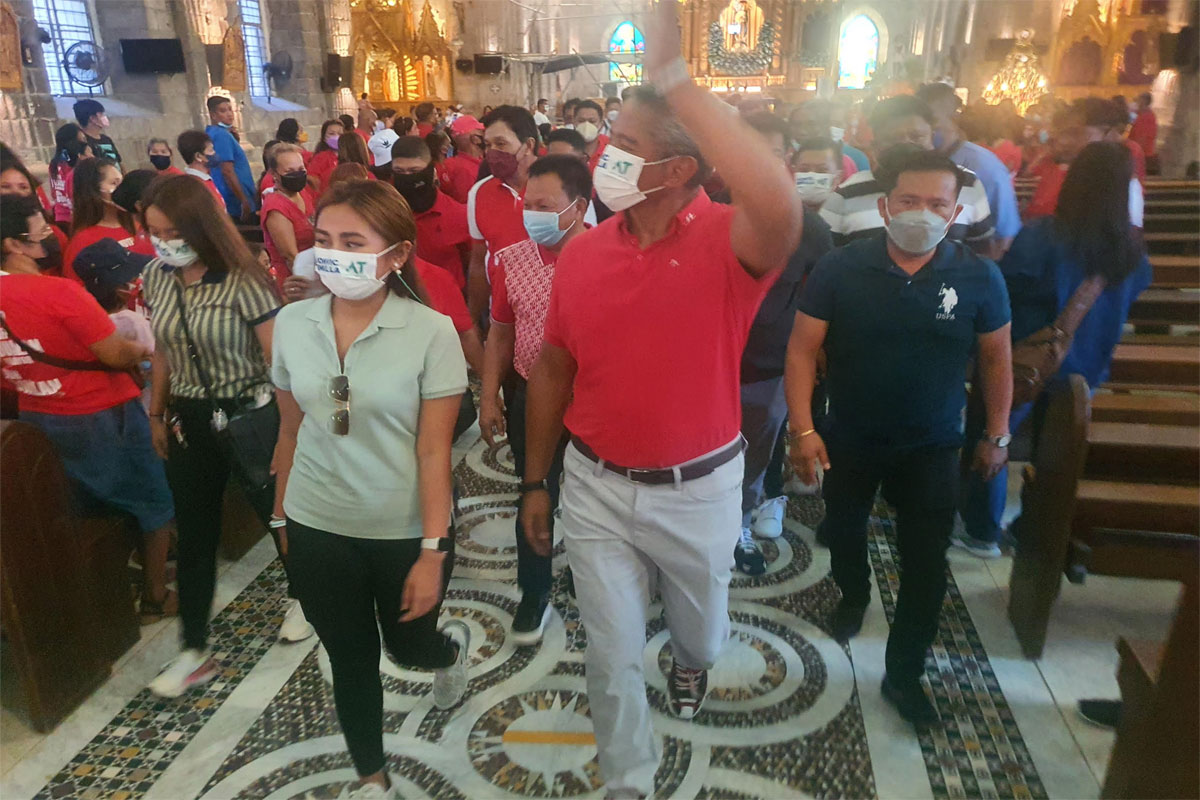 Around 633 candidates for the May 9, 2022 local elections here in the entire Cavite province begin their respective campaigns today for the gubernatorial, vice gubernatorial, congressional, and board members for eight districts of the province, city and town mayoral bets including vice mayoral candidates and councilors vying for the 268 elective positions.

Most of the candidates will begin with a holy mass in their respective localities in the morning with their respective teams and followed by the motorcades and unity walks, house-to-house, and caucuses.

Candidates in Indang led by reelectionist Mayor Perfecto Fidel and party mates start the day with a holy mass at the historic St. Gregory, the Great Church in Bgy. Poblacion, Indang town at 6:00 a.m.

According to Ervin Ace Navarette, media relation staff of Cong. Advincula, around 8,000 supporters from 97 local villages here attended the political rally with Rivermaya as guest band performer on the nightcap.

The four town candidates of Noveleta, Kawit, Rosario, and Cavite City held a motorcade in their area heading to Noveleta Plaza at 6:00 p.m. for the proclamation rally with Vice Governor and Cavite 1st District Congressional bet Ramon “Jolo” Revilla III.

In Mendez Nuñez town, incumbent Vice Mayor and Mayoral aspirant Francisco “Cocoy” Mendoza Jr. of NUP and party mates went to a mass at St. Augustine Church and also participated in a motorcade.

Drug den operator, 3 others nabbed in Subic raid
May 23, 2022 Bernard Galang
SHOW ALL