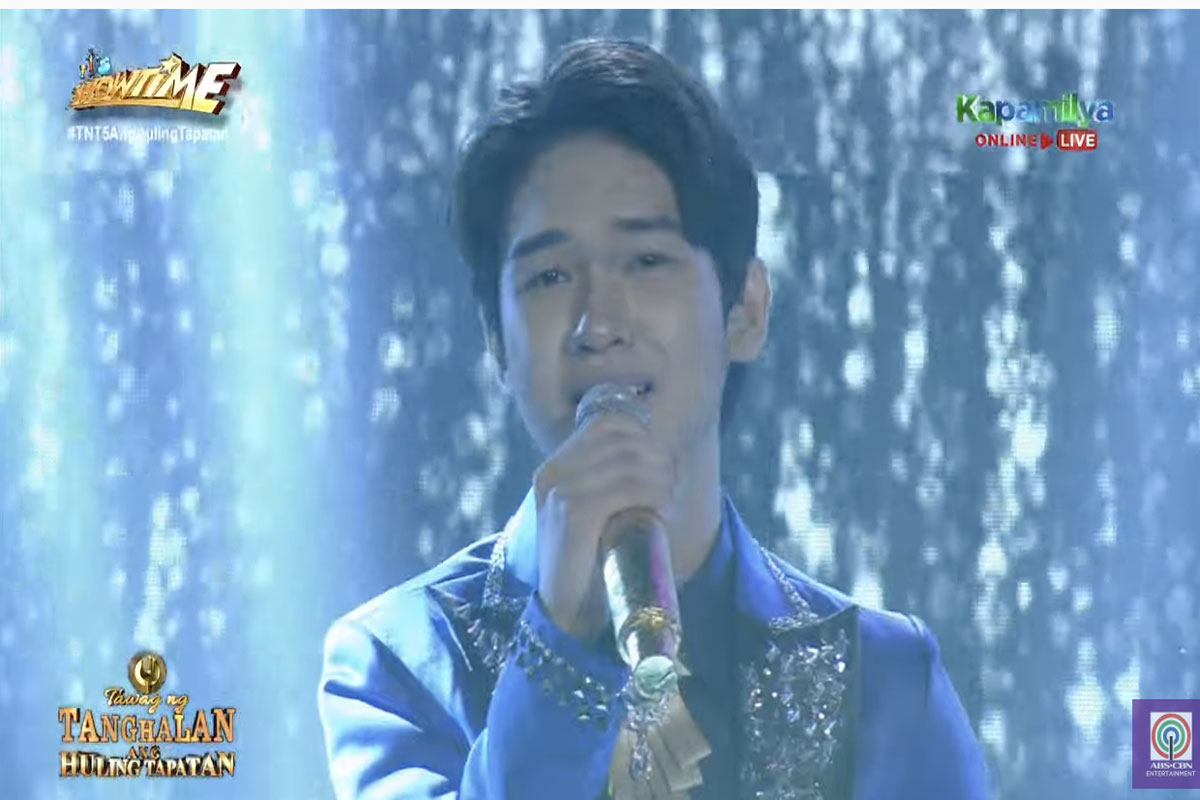 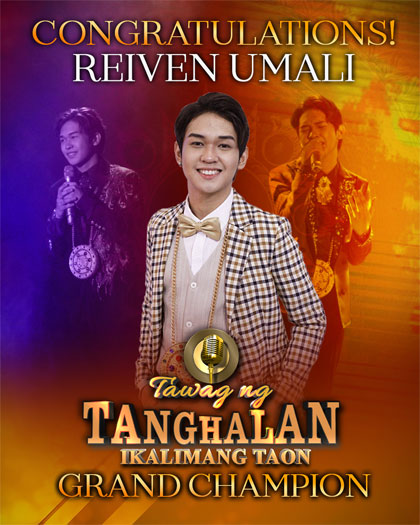 REIVEN Umali of Carmona, Cavite was hailed the latest grand champion of the longest-running singing competition in the country “Tawag ng Tanghalan” on “It’s Showtime” on Saturday (September 18).

In the first round of the ‘Huling Tapatan,’ ‘Go for Gold,’ Reiven received a standing ovation from the judges after he sang a heartfelt rendition of Radio Head’s “The Creep.”