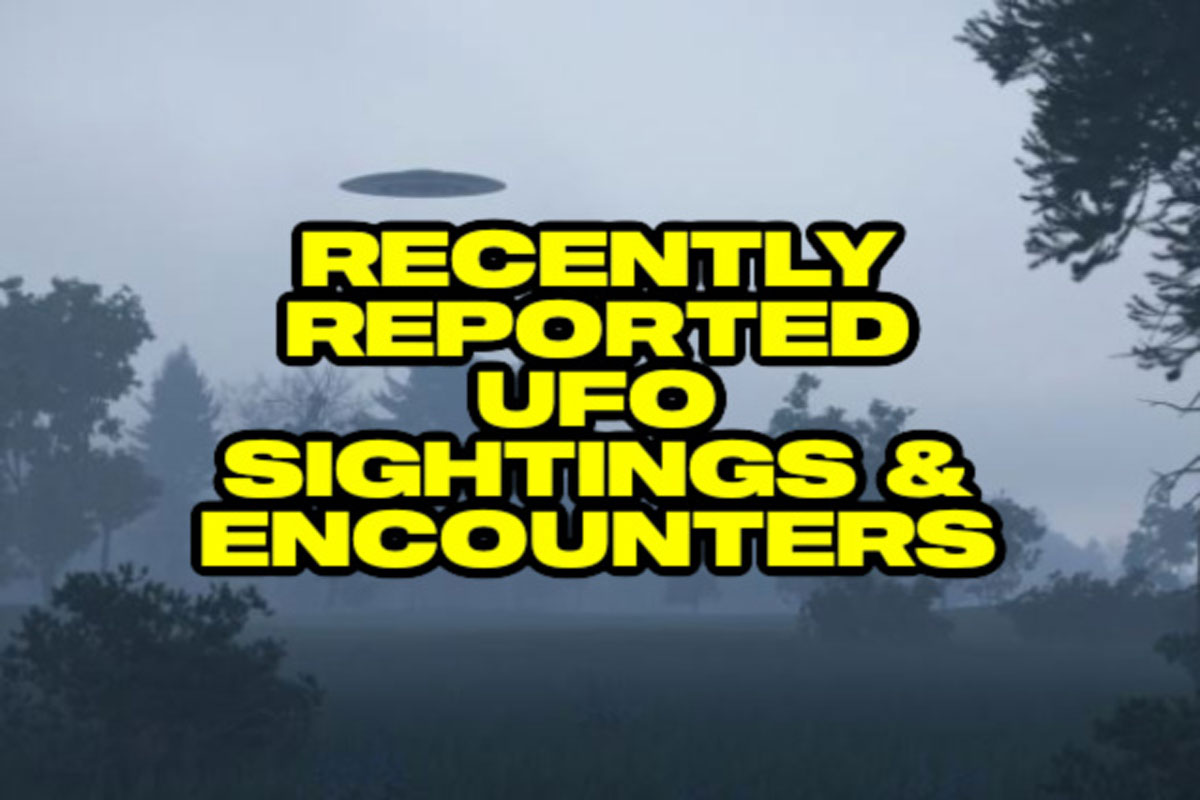 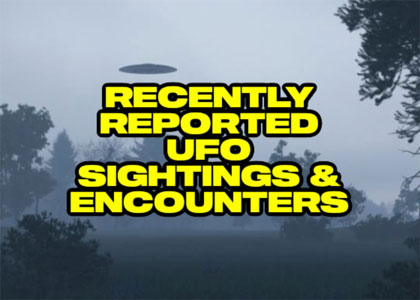 A group of 4 UFO sighting and encounter incidents that were recently reported. The locations are in British Columbia, Ontario, Colorado and New Hampshire.

“This incident occurred in 1991 when I was a child of 10. My friend’s mother and I both witnessed a genuine otherworldly UFO while camping during the summer in a remote west coast location called the Copeland Islands Marine Provincial Park in British Columbia.

The group of us – my friend and I, his mother and father, and two of their adult friends – were laying under a no-light polluted night sky, between 10 PM to midnight, watching the stars. In the direct area I was gazing, a bright white light suddenly shot out of a star (or planet orbiting it, invisible to us from our Earthly vantage point), deliberately, gracefully transited in an elongated Z-shape, then disappeared into another star (or planet orbiting it, also invisible to us from our Earthly vantage point). If you extend your arm out straight above you toward the sky, then separate your thumb and pointer finger approximately two to three inches, that is approximate distance this light traveled. It happened in no more than 10 seconds, probably closer to 5 or 6 seconds.

My friend’s mother witnessed this as well. It happened. That was 30 years ago. I can still see this in my mind, and I have never seen any other light similar. Once in a lifetime occurrence, where you had to be looking at the exactly correct area of sky (in very limited field of human view: the screen you’re looking at right now while reading my comment, all the other things around your screen are out of focus until you specifically look away from the screen right at them, which is just how our eyesight is designed), during a fewer than 10 second window of time, all of that so brief and narrow that I probably was meant to see this.” IW

We thought it was a meteor at first, but soon after, the orb of light instantly hovered and started flying above the town of Alamosa. The orb of light flew from one side of the town to the other in an ‘S’ shape formation.

We were getting closer to the town and the orb of light was getting closer to our vehicle, we could see different colored lights on the craft beyond this point and still thought it could be a drone of some kind or something. I tried taking a video of the orb flying above the town but the quality of the camera was bad and I put the phone away.

Soon after this happened, were were coming to a bridge just outside of town and couldn’t see the orb anymore due to the trees.

We got on the bridge and I saw the craft coming straight towards us, so I stuck my head out of the window. I first noticed the lights and shape of the craft. It was a triangle with three lights, each on the tips. The light on the tip of the triangle was white, and on the base, one of them was teal, and the other was red.

I tried concentrating on the UFO itself, at one point I feel like I saw the streetlights reflection but it looked black for the most part. Also, as it was coming towards us, it was flying with the flat side first.

It then turned away from the bridge and turned towards the town again. I think it flew forward with the tip of the triangle. I could still see it through the trees. It was keeping up with our speed about a block away. I was distraught about what had happened and was not paying attention to my surroundings after this. I still feel guilty for not being able to get a video or an image of the event, but feel great to be able to share it with you.” – MUFON

Amazing! Around 1992 in Queenston, Ontario, I was with a friend at the Redan Battery. The parking lot was above us, about two stories, and as we were going back to the car suddenly out of nowhere a bright white light appeared and it made a soft whirring sound. It was so bright it lit up all the trees in the forest bright white on the side where the light was coming from. I slowly snuck up to the parking lot and as soon as I lifted my head to take a look, it vanished! It’s a quiet area and a long road so I would’ve heard a car going down the road. It was dead silent. Nothing just vanishes. And nothing made pure white light back then. What was it?” SC

Concord, New Hampshire – 5-5-2015: “I was driving down Main Street and I looked to the left. Just over the buildings I saw two spinning discs, as if they were coins spinning. It was just after sunset and the sky was still a medium blue. The objects were black, or appeared black. One was spinning clockwise, the other was spinning counter clockwise. They were not far apart but not close enough to be touching.

I had pulled over and was standing outside my truck. A group of people walking down the sidewalk stopped and were looking at them too. The women in group were saying “WHAT IS THAT?” I reached to my phone to record it but it was dead. When I looked back, one of the “coins” was gone. I hollered for the people to quickly record it and they didn’t respond with my enthusiasm. but were all clearly completely bewildered.

As I looked back up the other coin like craft shrunk out of existence and completely disappeared. I asked them why they didn’t record it. They said it was too dark and their phone wouldn’t have picked it up. I’ve questioned over and over what it could have been and still can’t guess.” – MUFON

Mermaids Blamed for Drowning Deaths During Ritual in Zimbabwe