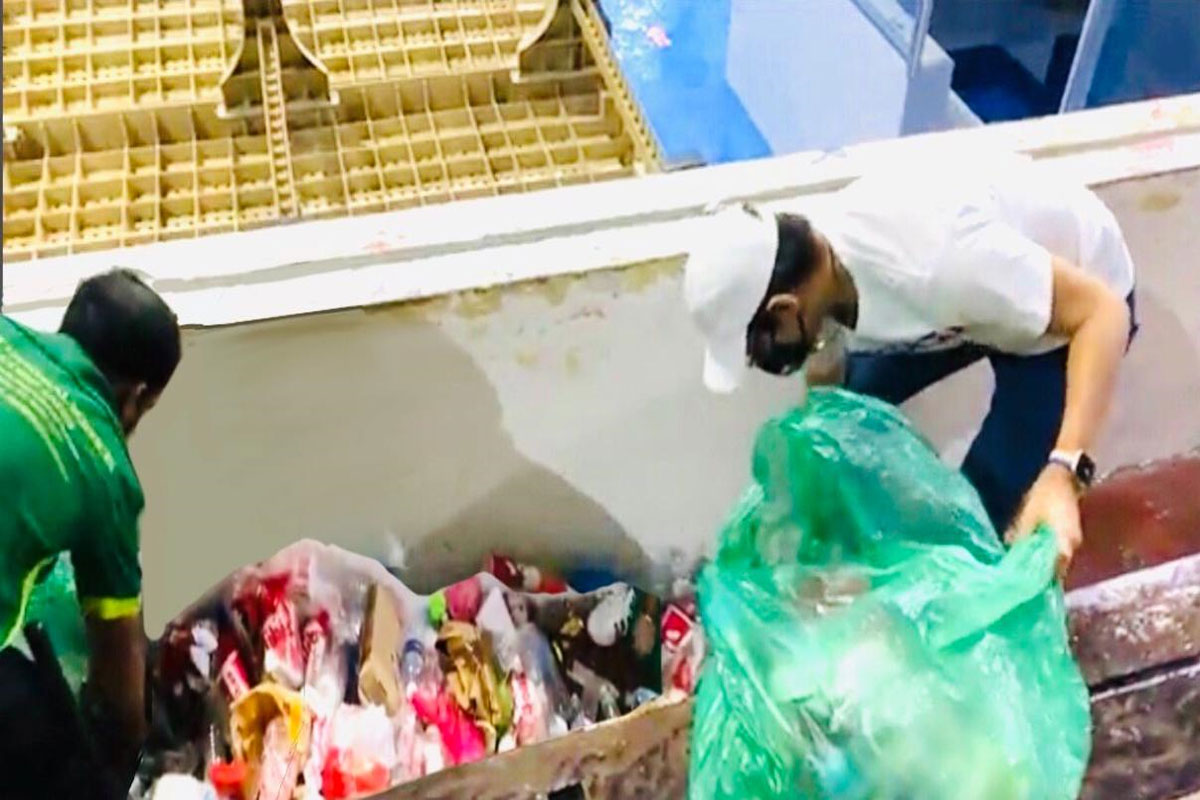 HEAVY rains on Wednesday and the floods it brought about did not stop the city of Manila from continuing its mass vaccination program and the residents from trooping to the vaccination sites, as Mayor Isko Moreno also appealed to those seeking to get vaccinated to throw their trash in the proper bins

All top officials in charge, led by Mayor Isko Moreno, Vice Mayor Honey Lacuna, Manila Health Department chief Dr. Poks Pangan and his assistant chief Dr. Ed Santos were on hand to ensure the smooth flow of the mass inoculation on a total of 33,222 persons on that day

Moreno visited the San Andres Complex in Malate, Manila to check on the situation. Upon going up the balcony area, he saw mounds of trash on the floor and on the narrow path leading to the seats.

The mayor asked for a garbage bag and then with bare hands, began putting all the trash into the plastic bag while admonishing the employes in the said sports complex, saying it should not take the mayor to tell them how to keep their area of responsibility clean.

At the same time, Moreno appealed to the residents awaiting their turn to get vaccinated to make sure they put their trash in the proper bin and in case there is none nearby, for them to keep their garbage until they find a bin or take it with them.

Meanwhile, Moreno thanked the US government and the national government for the 18,000 doses of Janssen vaccines received by the city of Manila.

“Just like we thanked the Chinese government for the 400,000 doses we purchased earlier, I now thank the US government, on behalf of the people of Manila and the national government as well,” Moreno said, noting that said vaccines are made by Johnson & Johnson and are given as single dose.

Moreno said that 98.21 percent of those slated for second vaccination showed up on Wednesday, July 21 while the total number of vaccines deployed on the said day was 31,600 in total. He said about 20,000 senior citizens who were texted did not make it.

Also on Wednesday, Moreno signed the release of P95.3 million worth of P500 monthly cash assistance for senior citizens from District. A total of 35,788 senior citizens will receive P3,000 each covering the period of from January to June 2021.

Too, he ordered the release of P1.6 million to cover the financial aid for 807 senior high students who will receive P2,000 each for the period of from April to July 2021.

DILG urges LGUs to require CCTV for business permits
May 23, 2022 Jun I. Legaspi