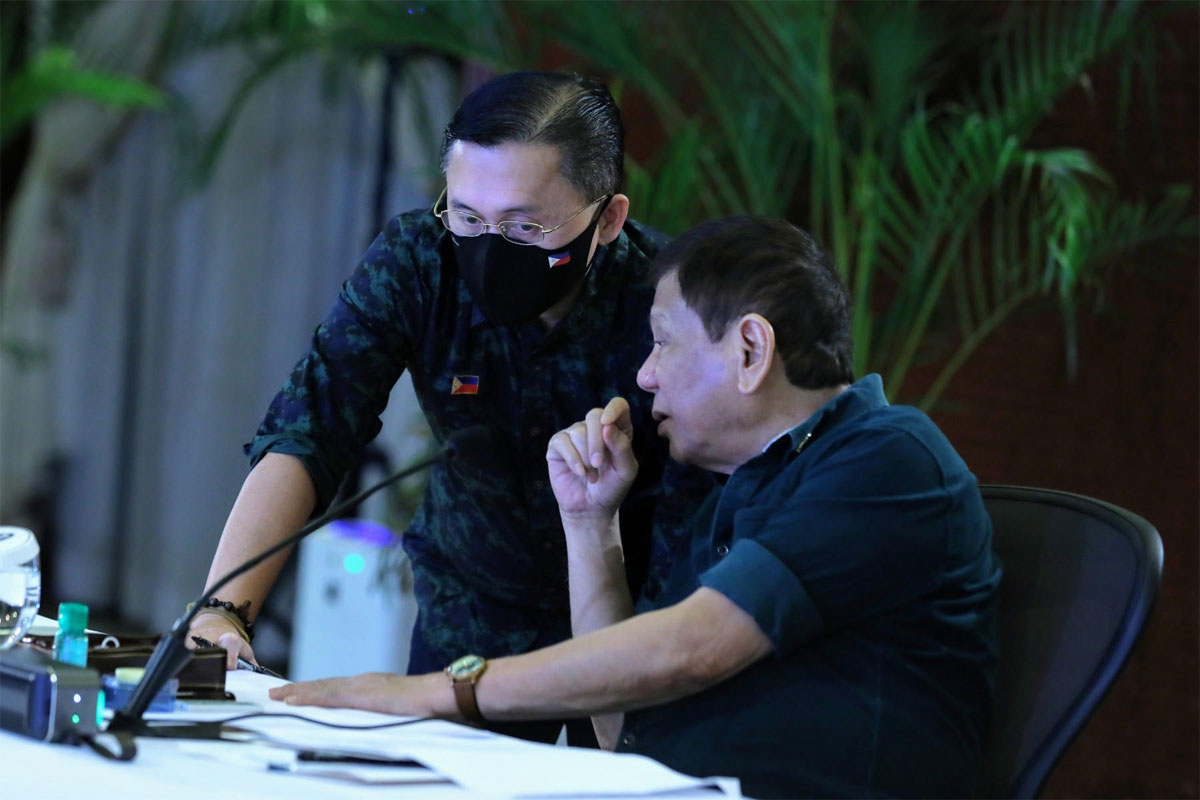 PRRD endorses Bong Go in his VP bid in 2022 polls

PRESIDENT Rodrigo Duterte has expressed his support for Senator Christopher “Bong” Go’s vice presidential bid in the upcoming May 2022 polls during his Talk to the People address on Monday, October 4.

In his message, the President expressed his confidence that Go will continue the positive changes and gains made by his administration.

“I strongly and fully believe that Senator Bong Go is the best person to help the next president continue my legacy and build on the gains that we have achieved, especially in terms of providing basic services to healthcare, education and other social services for the people,” according to the Chief Executive.

Duterte also commended Go’s track record of service and strong work ethic, saying that they are “rooted in compassion towards the poor and the neglected.”

“I strongly believe that he will be the best vice president of the country. With this, I encourage our kababayans to look at his deeds and achievements as you consider your list of candidates for the next vice president,” Duterte said.

In response, Go thanked President Duterte and the Filipino people for their untiring support to the administration’s advocacies and efforts to provide a comfortable life for all.

Should the Filipino people elect him, Go has vowed to be a “working vice president,” noting that he will not just be a “spare tire” but rather a public servant that ordinary Filipinos can turn to.

Go however clarified that despite his vice presidential bid, his focus now is on his duty as senator and in helping the government and the people overcome the COVID-19 pandemic.

Accompanied by Duterte, Go filed his own Certificate of Candidacy at the Sofitel Philippine Plaza Manila in Pasay City last Saturday, October 2. During his filing, Go said that his decision to run was determined by his desire to continue the legacy of the Duterte Administration.

Batangas Governor Hermilando Mandanas, in a letter, has also stated his support for Go, saying, “We fully endorse and support your candidacy for Vice President of the Republic of the Philippines in the 2022 National Elections.”

“You truly personify the essence of public service. And you have already shown your commitment and capabilities since you worked in Local Government and National Government with then Mayor and now President Rodrigo Roa Duterte. And also your legislative work for the last three years is nothing short of outstanding,” he added.

Go, who traces his roots to the Tesoro clan of Batangas, was declared an adopted son of the CALABARZON region in a manifesto issued by the governors of Batangas, Cavite, Laguna, Rizal, and Quezon in 2019. They noted his years of service under President Duterte and “heart for his country” as evidenced by the countless projects he initiated that have helped millions of Filipinos.

Earlier, Go was officially nominated by the ruling party as its official candidate for the country’s top post. He respectfully declined the offer to run for the presidency, however.