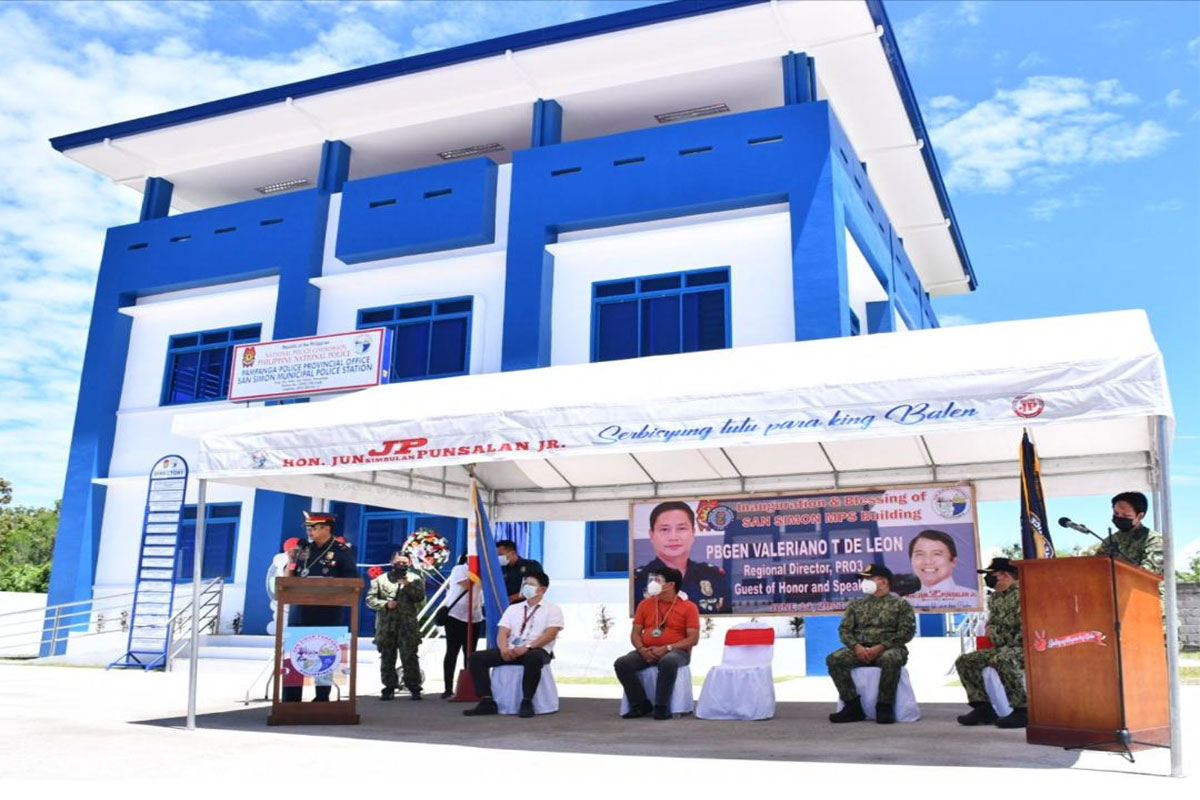 De Leon said the new home of San Simon police will increase their effectiveness and productivity in the performance of their functions and duties as law enforcers.

“New police stations are being constructed all throughout the region. This is, in fact, a work in progress and a realization of our determination, patience and persistence to build not just an impact project in protecting and keeping the peace and to adequately house the Mamang Pulis and Aleng Pulis all throughout Central Luzon, but also it is our move to improve public trust, confidence and integrity in our police force,” the Central Luzon police commander said.