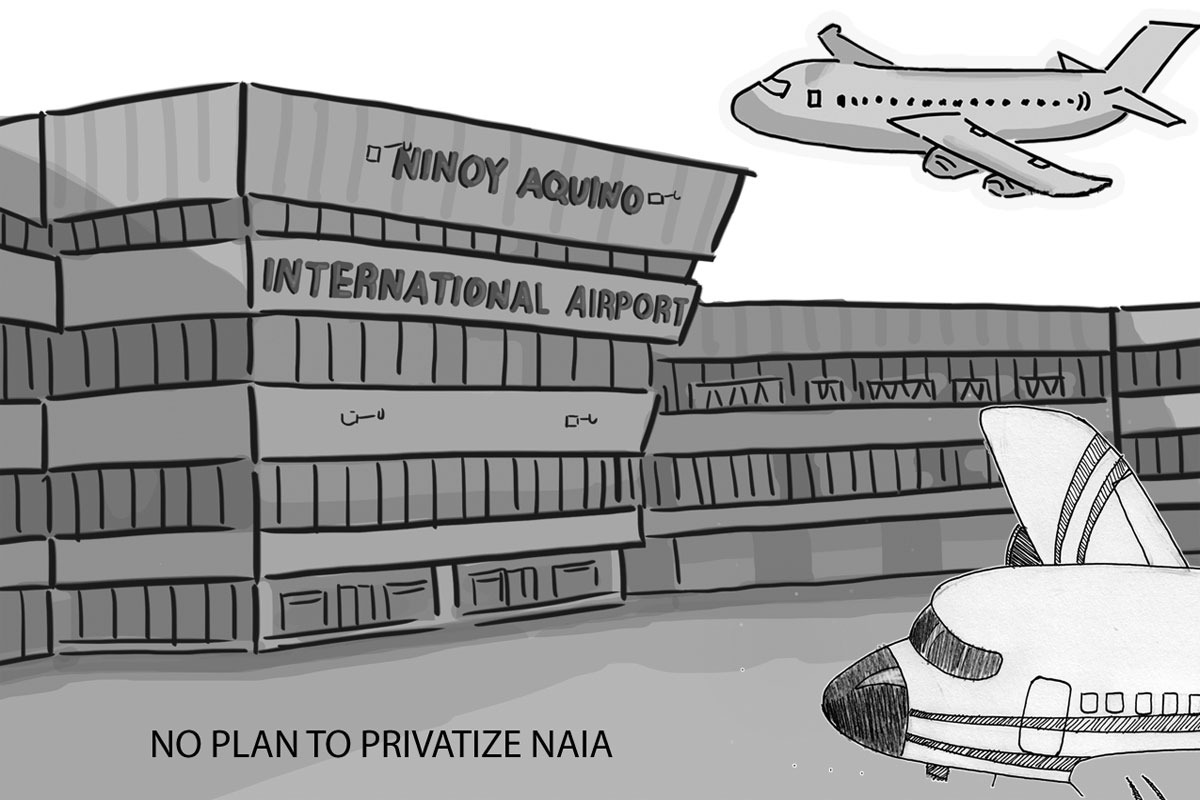 IT is certainly heartening to know that the government of President Ferdinand “Bongbong ” R. Marcos Jr. has no plan to privatize the Ninoy Aquino International Airport (NAIA).

Formerly known as the Manila International Airport (MIA), NAIA, about seven kilometers south of the capital city of Manila, is located between Pasay and Paranaque

Coming from President Marcos himself, the “timely assurance” drew cheers and praises from various well-meaning quarters, particularly the travelling public and ordinary citizens.

“There’s no plan to privatize anything. Rather, we do the opposite,” according to the Chief Executive, the only son and namesake of the late President Ferdinand E. Marcos.

The young Marcos explained that the government “is looking to hire a private company” to manage traffic and increase movements in the Philippines’ busiest getway.

In fact, President Marcos met with top officials of the private company during his trip to the United States last year, with the latter assuring him of their readiness to help.

This firm, he said, handles the operations of several of the world’s big airports.

Last week, company officials were in Manila to look at the NAIA operations. At most, we will have a management contract, handling the operations without changing anything, he said.

Without doubt, the travelling public wants concerned government authorities to improve services at the sprawling NAIA, which is the country’s premier international airport.

Glimpses of the past