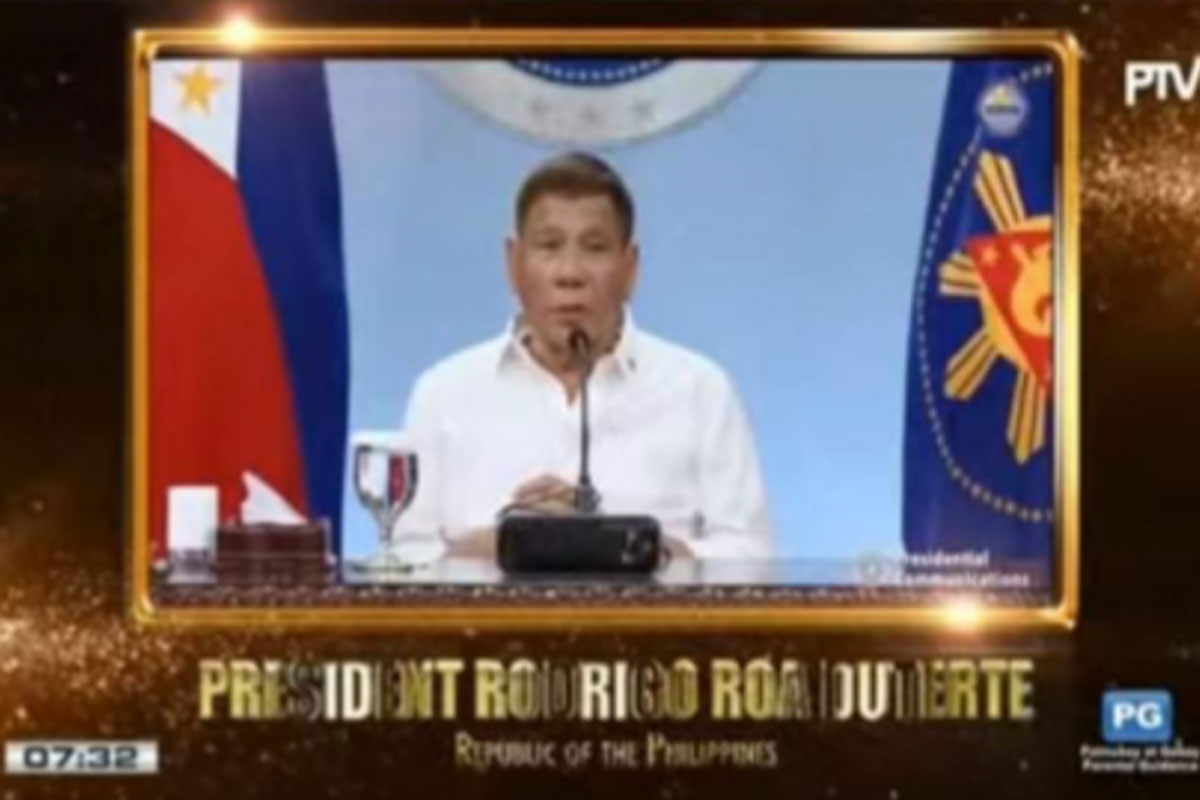 NO LESS than the country’s No. 1 sportsman, President Duterte, paid tribute to the 10 Filipino sporting greats who were formally enshrined in the Philippine Sports Hall of Fame (PSHOF) during glittering digital ceremony last Sunday.

In the first fully digital ceremony organized by the Philippine Sports Commission (PSC) and aired by PTV-4, President Duterte lauded the fourth batch of Hall of Fame enshrinees for making the whole Filipino nation proud with their achievements in the wonderful world of sports.

“It is a great honor and privilege for me to congratulate the newest batch of sports icons that we enshrined into the Philippine Sports Hall of Fame. On behalf of a grateful nation, let me thank our athletes for bringing pride and honor to our country,’’ said Duterte.

“Through your dedication and excellence in your respective sports, let your achievements inspire the younger generation of Filipinos to work harder in their chosen fields so that one day they can make our nation proud as you have made us all proud,’’ added Duterte.

The 10 enshrinees received P200,000 each plus a finely-crafted PSHOF trophy.

“As Chairman of the Senate Committee on Sports, I assure you of my unrelenting and wholehearted support for our athletes and the entire sports community,” said Sen. Go.

“It’s a privilege that I’ve presided over the selection committee. It was not easy to decide who among our past heroes will be chosen. Not everyone can become a part of the Philippine Sports Hall of Fame,’’ said Ramirez, also the PSHOF Chairman.

“They are great examples for our youth, they are living heroes and these heroes will have an impact on the lives of our children, the future of our country,’’ he added.

Tolentino, co-chairman of the PSHOF, said: “Their names will be forever remembered as Filipino heroes in the field of sports. These are our heroes who will become an inspiration to our youth for the sacrifices and the achievements that they contributed to the country.”