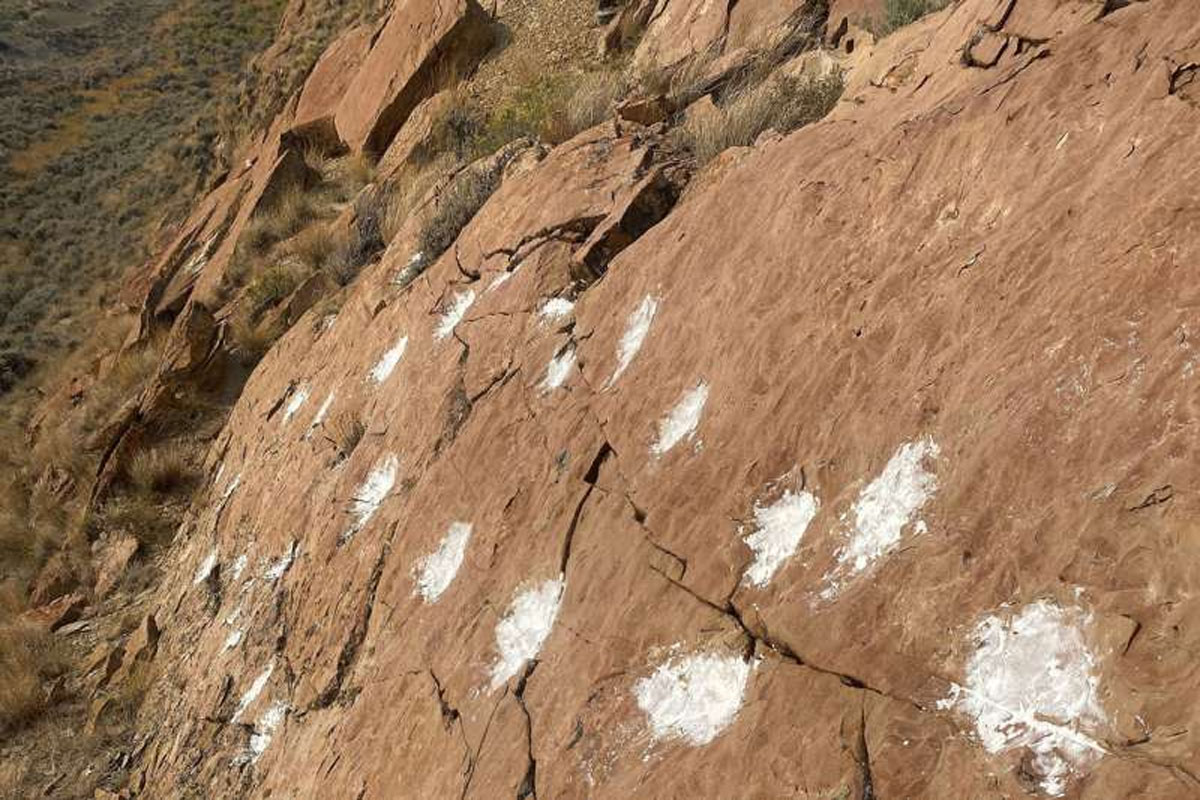 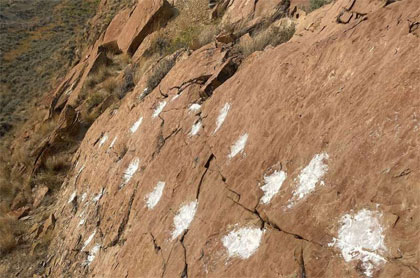 Prehistoric footprints discovered in Wyoming revealed the earliest evidence of mammals hanging out by the ocean. While the rocks at the Hanna Formation are now located hundreds of miles from the ocean, things were much different about 58 million years ago when Wyoming was on the coast of the ocean.

Two sets of fossilized prints were found by geologist Anton Wroblewski, who is an adjunct associate professor in the Department of Geology and Geophysics, as well as applied biodiversity scientist Bonnie Gulas-Wroblewski from the Texas A&M Natural Resources Institute. It is believed that one set of the tracks were left by a Coryphodon which was about the same size as a brown bear.

Coryphodon was a large herbivorous mammal. It has been compared to today’s hippopotamus as it had a heavy body that was supported by four stubby legs. It had tusks in its upper jaw that were more than likely used to dig up plants.

Image of a Coryphodon by Heinrich Harder.

The footprints included underprints which are created when heavy animals walk on top of overlying layers of sediment that make an impression. Additionally, tracks were found in old tidal flat surfaces. The footprints, which stretch out over half a mile, were created by two different prehistoric animals – one of them having four toes and the other with five. While it is believed that the five-toed prints were created by a Coryphodon, the animal with four toes is still unknown.

The Wroblewskis were able to date the footprints back to about 58 million years during the Paleocene Epoch based on fossilized pollen and plants that were found in the same area. Prior to this discovery, the earliest evidence that scientists found of mammals gathering by the ocean was dated 9.4 million years after this newest finding.

This is a very significant discovery as the tracks were the oldest ones made by mammals during the Paleocene Epoch that have been found in the United States and only the fourth set in the entire world (two found in Canada and one in Norway).

Another image of Coryphodons done by Charles R. Knight.

As for why these prehistoric mammals were hanging out by the ocean, it was probably for the same reasons as today’s animals – to find food and/or salt; to get better protection from predators or biting insects, etc…

Wroblewski described the importance of these tracks, “Trace fossils like footprints record interactions between organisms and their environments, providing information that body fossils alone cannot.” “In this case, trace fossils show that large-bodied mammals were regularly using marine environments only eight million years after non-avian dinosaurs went extinct.” Their study was published in Scientific Reports where it can be read in full.

Pictures of the footprints can be seen here https://phys.org/news/2021-05-fossilized-tracks-earliest-evidence-mammals.html. 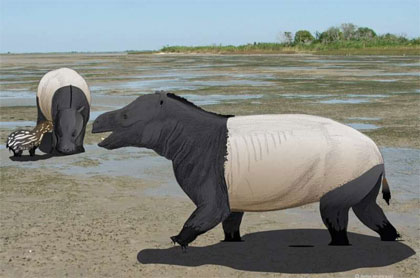 Fossilized tracks show earliest known evidence of mammals at the seashore
Today, the rocks of the Hanna Formation in south-central Wyoming are hundreds of miles away from the nearest oce…

The Dark Mystery of the Keddie Cabin Murders