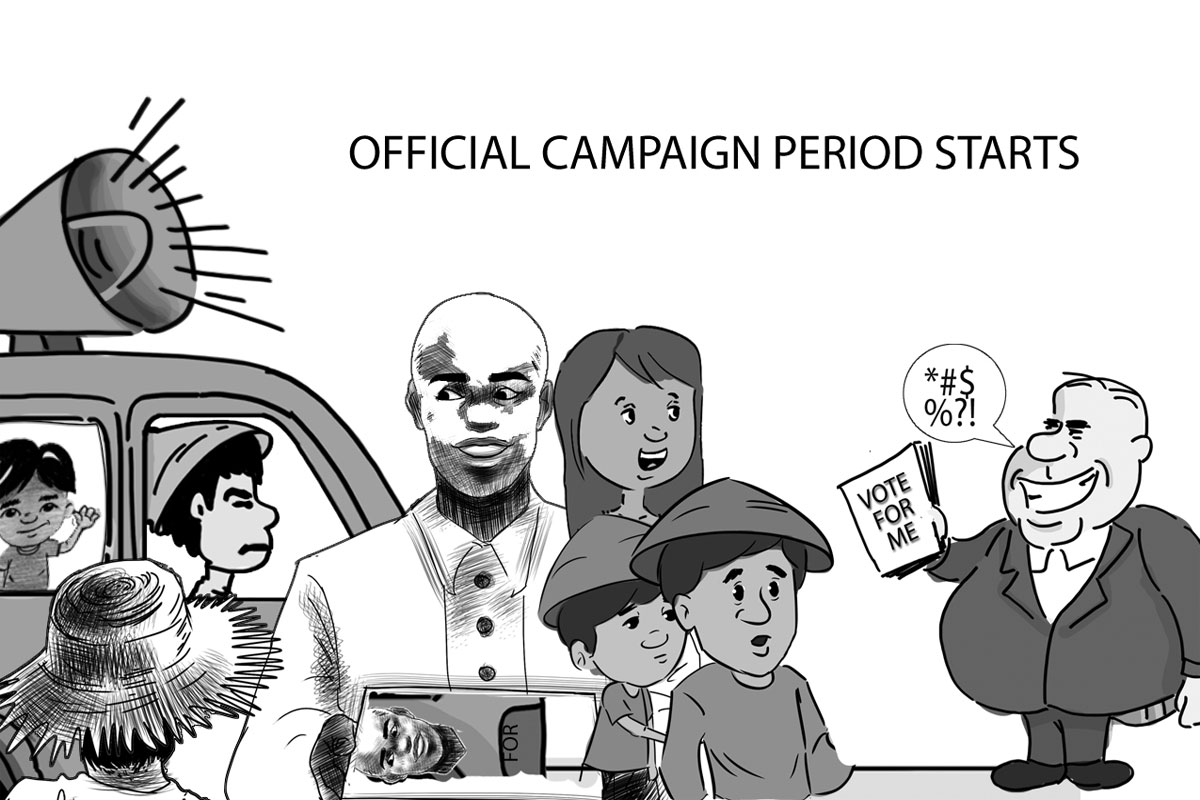 THE official campaign period for the upcoming polls started yesterday, with the government reminding candidates to strictly abide by campaign guidelines and health protocols.

Under the calendar of activities of the Commission on Elections (COMELEC), candidates seeking national posts may start campaigning 90 days before the May 9 balloting.

National candidates are those running for President, Vice President, Senator and party-list groups, while those seeking local positions may start campaigning on March 25.

The poll body and the Department of the Interior and Local Government, led by Secretary Eduardo Ano, a former chief of the Armed Forces of the Philippines, issued the reminder.

Instead of physically attending their candidates’ rallies or “miting de avance,” the DILG head urged supporters to just avail themselves of the different social media platforms.

We are made to believe that the poll guidelines are all aimed at preventing the spread of the deadly coronavirus disease (COVID-19) during the 90-day campaign period.

Admittedly, the Filipino people, including the more than 60 million registered voters across the country, still fear the virus, which reportedly originated from Wuhan, China.

Thus, concerned government officials deserve the support of the public as they come up with measures designed to ensure the health of the people during the campaign period.