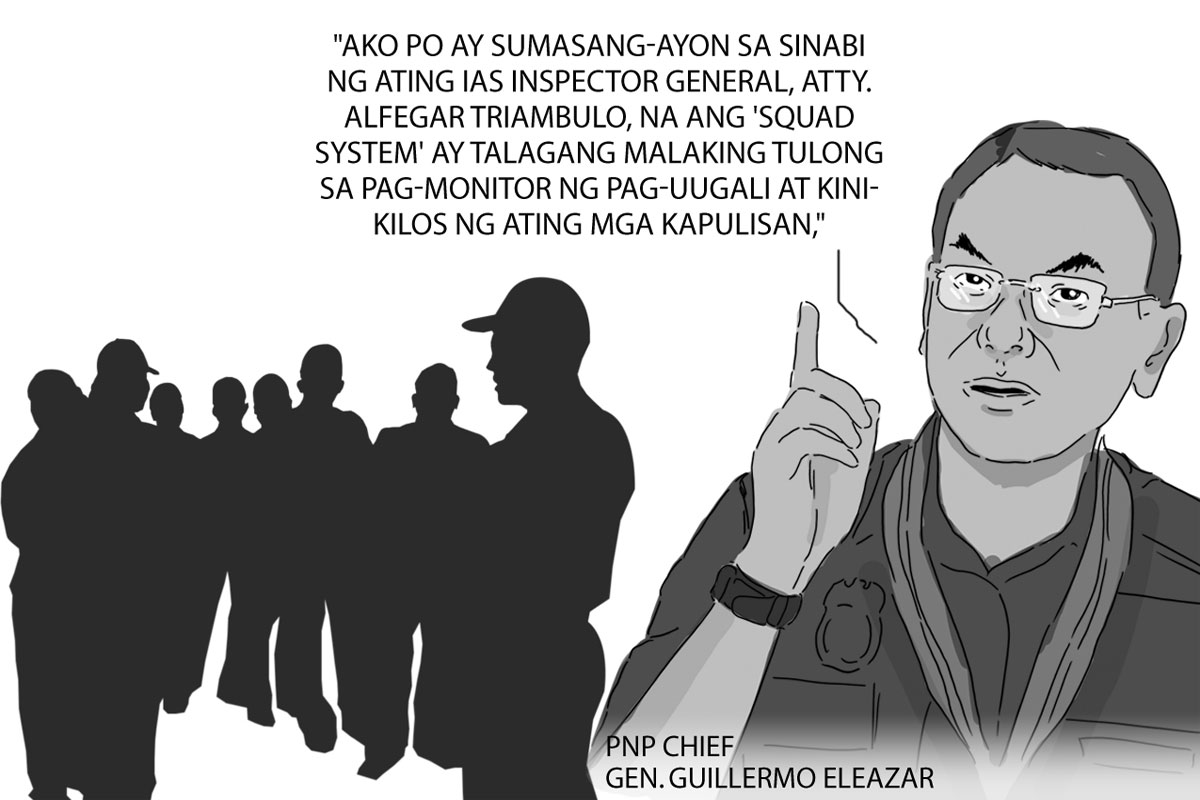 THE leadership of the Philippine National Police (PNP) is pursuing a multi-pronged system aimed at taking the country’s premier law enforcement agency in a historic new direction.

Dubbed the “squad system,” it seeks to develop a new generation of God-fearing, courteous, honest, highly-productive and law-abiding police officers and men in the Philippines.

After assuming the top post of the 200,000-member PNP, Gen. Guillermo Lorenzo “Guilor” T. Eleazar got down to work in a bid to strengthen the agency’s internal cleansing program.

And he expressed support for the “squad system,” which the PNP’s Internal Affairs Service (IAS) has deemed effective in monitoring the behavior of police officers and men.

Under the system, groups of policemen are formed into squads, according to reports. Squad means more or less six to eight members plus a designated leader.

In the view of some quarters, including the ordinary citizens, many cops facing administrative charges still have the potential to be reformed and be reintegrated in the service.

The designated squad leader is mandated to train and guide his/her colleagues.

The system not only prevents misbehavior among policemen but also hones the leadership skills of squad leaders, according to Eleazar, who is set to retire in November.

Without doubt, ridding the PNP of “rotten eggs” is one of Guilor T. Eleazar’s most urgent priorities.