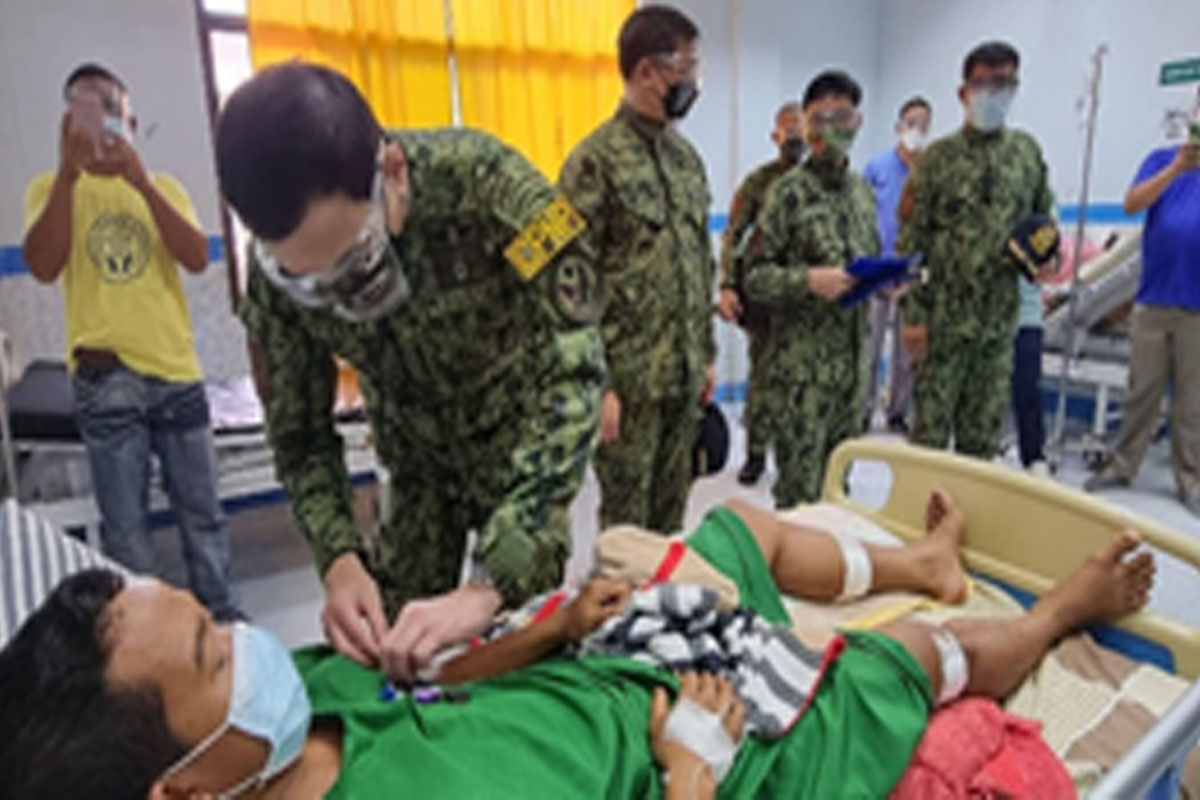 THE Philippine National Police (PNP) on Saturday mourned the death of three policemen who were ambushed by New People’s Army (NPA) guerrillas on Friday morning while they were providing security to a government outreach program to help residents of Magsaysay, Occidental Mindoro affected by the pandemic.

“We are condemning this treacherous NPA attack on our officers who were only just helping bring government service to poor people in the province,” said PNP chief, General Guillermo Lorenzo T. Eleazar as he ordered the Police Regional Office 4-B headed by Brigadier Gen. Nelson B. Bondoc to step-up the hunt for the NPA attackers in coordination with the Armed Forces.

As of press time, members of the Occidental Mindoro Police Provincial Office headed by Colonel Hordan Pacatiw are still conducting hot pursuit operation against the guerrillas.

Eleazar flew to the province to personally look into the situation and condole with the families of the victims. He also paid tribute to the wounded policemen as he vowed justice for the victims.

Two of the policemen identified as Executive Master Sergeant Jonathan Alvarez and Corporal Estan Gongora were killed in the first volley of the rebel gunfire. The third, identified as Staff Sgt. Nolito Develos Jr., passed away while undergoing treatment in a local hospital 2:30 a.m. Saturday.

Four others identified as Patrolmen Armando Pullido, Jayrald Insigne, Darwin Equilla and Bayani Salgado Jr. have been discharged from the hospital after treatment of minor injuries.

The policemen who were on board a PNP back-to-back patrol vehicle were fired upon by the leftist gunmen in Sitio Banban in Bgy. Nicolas, Magsaysay around 10:30 a.m. Friday.

The policemen from the 1st Provincial Mobile Force Company of the provincial police force had just provided security to a three-day service caravan and dialogue with residents of a geographically isolated and disadvantage area in San Jose municipality organized by the Provincial Task Force to End Local Communist Armed Conflict chaired by Governor Eduardo Gadiano when they were attacked by the rebels.