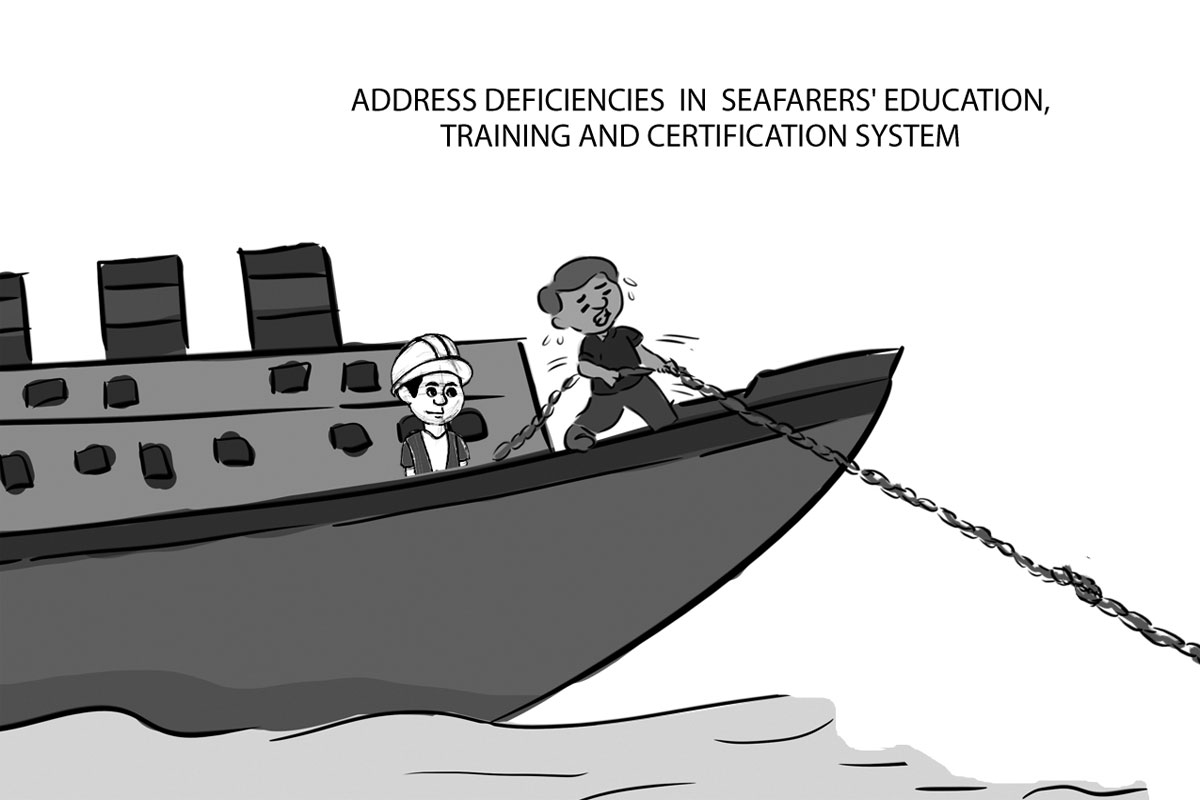 PRESIDENT Marcos has assured that the government continues to address deficiencies identified by the European Union (EU) in Philippine seafarers’ education, training and certification system.

In fact, Marcos ordered the creation of an advisory board whose membership includes representatives from government agencies, international shipowners and other stakeholders.

He made the announcement during his meeting with International Maritime Employers’ Council (IMEC) chief executive officer Francisco Gargiulo and other European leaders in Brussels.

President Marcos assured EU transport officials that the government is out to make the Philippines compliant with the “Standards of Training, Certification and Watchkeeping Convention.”

We agree with Mr. Marcos that Filipino seafarers have been the world’s leading seafarers for years now.

However, he acknowledged that with the situation has changed after the crippling coronavirus disease (COVID-19) pandemic.

And it is also heartening to know that the Department of Migrant Workers (DMW) is prepared to meet with government officials tasked to train Filipino workers, including seafarers.

This is to ensure that the country’s training initiatives and accreditation scheme for seamen would pass the European Union’s standards.

Of course, we agree with Marino Party-list Rep. Sandro Gonzalez that Filipinos are the most preferred mariners by many foreign ship owners across the globe.

Thus, protecting their general welfare and jobs is a move in the right direction.