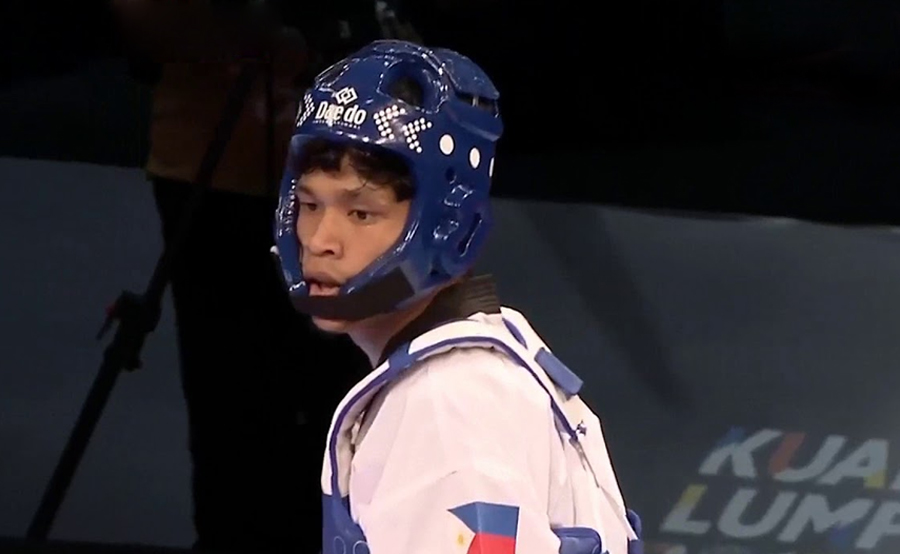 THE Philippine taekwondo team’s campaign in the Asian Olympic Qualification Tournament in Amman, Jordan was off to a horrible start.

Filipino jin Arven Alcantara suffered an early exit after a 9-23 defeat from the hands of Uzbekistan’s Ulygbek Rashitov in the men’s -68 kg. quarterfinals on Friday.

A flurry of head kicks from Rashitov in the third round ended Alcantara’s hopes of making it to the Tokyo Olympics.

Alcantara was very much in the game in the second round, taking a 5-3 advantage before his Uzbek foe took control.

The loss left the Philippines’ three taekwondo jins vying for slots in the Tokyo Games today.

Kirstie Elaine Alora, who copped a women’s +67 kg. silver medal in this same event five years ago in Manila to earn a spot to the 2016 Rio Games, will vie for a second straight Olympic berth.

Lopez hopes to make it on her second attempt to compete in the Olympic Games after missing the bus in the 2016 qualifiers.

The top two jins who will advance to the finals for each division will earn berths to the Tokyo Games.

Coaches Carlos Padilla V and Al Christian dela Cruz are handling the squad, which is their first actual competition this pandemic.

In the final preparations for the Olympic qualifiers, the athletes and coaches have been in the INSPIRE Sports Academy “bubble” in Calamba, Laguna since February. Health protocols were strictly implemented during trainings.

Azkals to pitch camp in Doha for two qualifiers