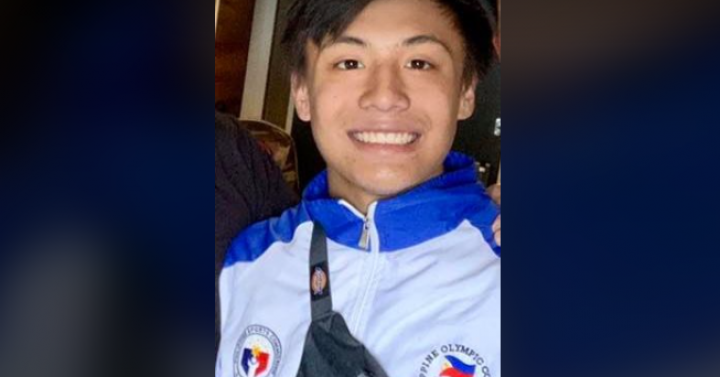 AS a kid growing up in Bellflower, California, Filipino-American Patrick Coo has always looked up to fellow BMX racer Danny Caluag as an inspiration as he chases an Olympic dream.

“I am proud to be racing for the Philippines. It has been a dream” said Coo who will try to book an Olympic ticket this year when he competes at the UCI BMX World Cup 2021, a Tokyo Olympic Qualification tournament in Bogota, Colombia scheduled May 29-30.

The 19-year-old Coo will try to qualify for the Tokyo Games and become only the second Filipino BMX rider after Caluag (2012 London Olympics) to represent the country in the sport, which made its debut in the 2008 Beijing Olympics.

“Danny has always been a great man and inspiration to me. He is my biggest motivation. After watching him in the 2012 Olympics, it something that I also want to do. Put our country on the map.” shared Coo.

“He always told me to ride for fun and raise my heart out and that’s all that matters,” Coo added.

In 2019, Coo won the title in the Asian Juniors BMX Championship in Malaysia and became part of the Philippine Cycling team last year.

“We have a lot of talented Filipino cyclists and one of them is our teenage BMX cyclist Patrick Coo. We are counting on him,” said PSC chairman William ‘Butch’ Ramirez. PSC gave almost P1.2 million financial assistance for Coo’s campaign in Colombia.

“Patrick has a lot of potential, not only for this year but in the next Olympic cycle in Paris, France,” added Ramirez.

Coo maybe the youngest in the Philippine team who aspire to become an Olympian, but he knows from deep within that this is what he really wanted ever since he started in the sport – to raise the flag and make the country proud.

“Dreams don’t work unless you work for it. We’re chasing the dream right now and the dream is the goal. I’ll do my best and hopefully, I’ll make it to qualify in Tokyo Olympics.” said Coo.