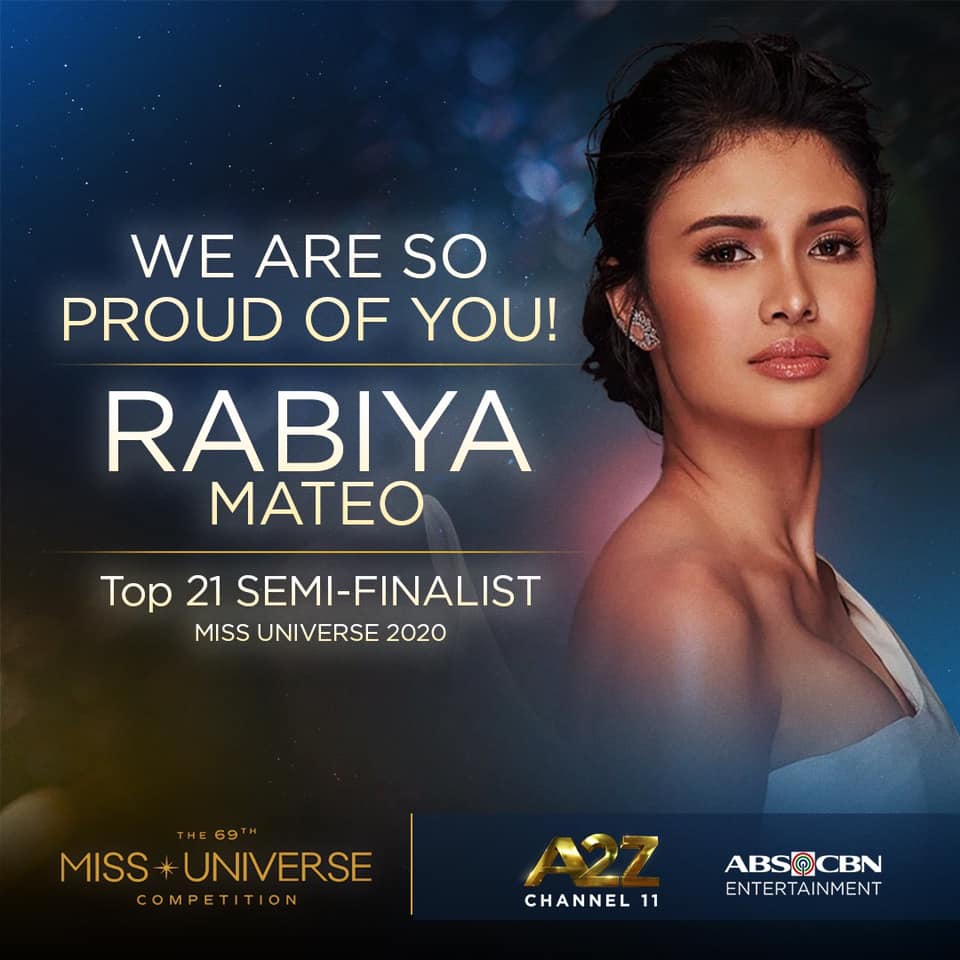 “WE are proud of you and we love you.”

These are the words that are flooding social media as Pia Wurtzbach, Catriona Gray, and other Kapamilya stars showered the country’s bet, Rabiya Mateo, with love and support after her stint in the recently concluded “69th Miss Universe Competition,” that ABS-CBN brought to Filipinos live via A2Z.

Miss Universe 2015 Pia Wurtzbach thanked Rabiya for pouring her heart in the competition, where the country’s delegate placed as a top 21 semi-finalist.

“Rabiya we love you. Thank you for pouring your heart for the Philippines. We see your heart Queen. #MissUniverse”

“Wow this year is intense! Sending Rabiya all of our love! She made our country proud! 11 year consecutive semi-streak Pilipinas.”

Even Kapamilya stars voiced out their love for Rabiya, including Vice Ganda who is a big pageant fan.

“#MissUniverse. Thank you Rabiya! We love you.”

Bianca Gonzalez on the other hand, underscored Rabiya’s hard work just to make the country proud.

“Head up high, Rabiya. Maraming, maraming salamat for all your hard work and pouring your heart out to represent the country.”

Rabiya also became a trending topic on Twitter as Filipinos expressed their love for the 24-year-old Ilongga. From 74 candidates, Miss Mexico Andrea Meza was hailed as Miss Universe 2020. Rabiya was one of the early favorites after her stunning performance in the preliminary competition.

Meanwhile, for those who want to rewatch the show, they can catch the replay on A2Z tonight at 10:30 pm.