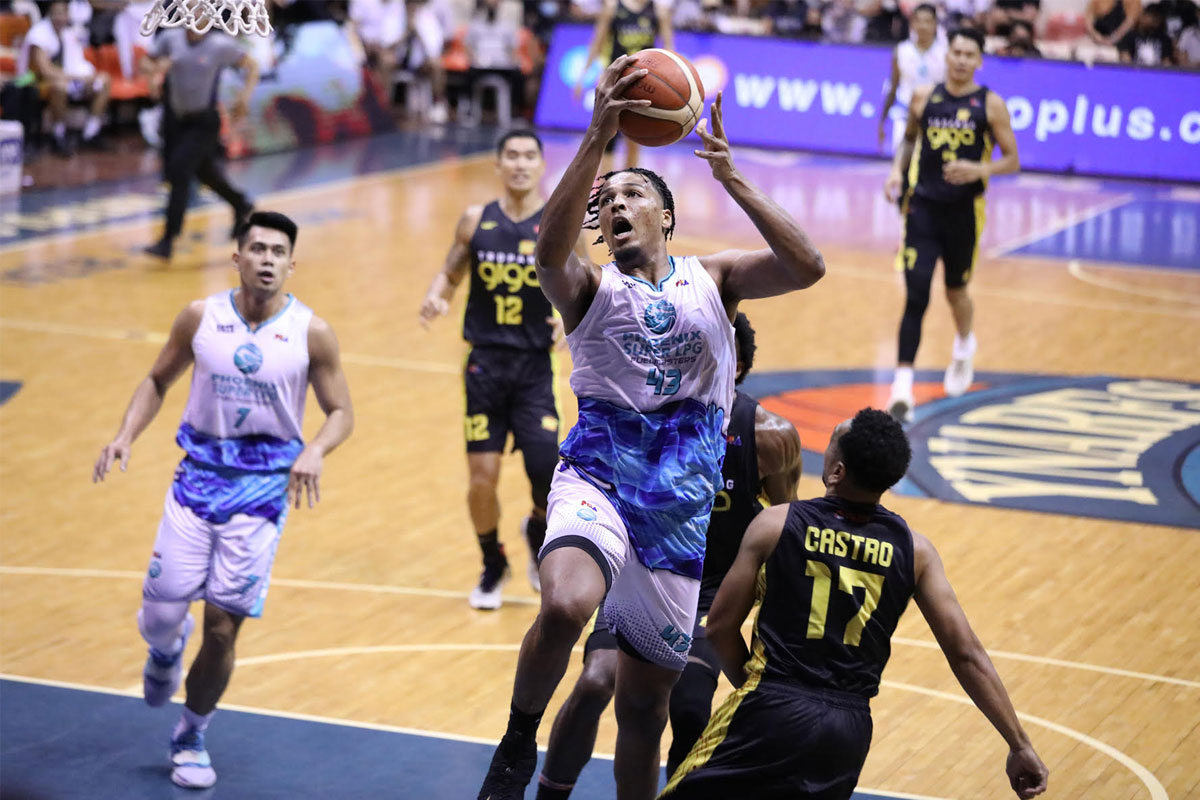 ANTIPOLO City — The hottest team in the PBA just got hotter.

The Fuel Masters led by as many as 17 points, but needed a strong finish to frustrate the Tropang Giga and secure their fifth straight win after a dismal 0-3 in the import-flavored confernece.

Encho Serrano, who was earlier named as “Best Player of the Week” by the PBA Press Corps, added 16 points, including a split from the free throw line that put Phoenix ahead, 89-88.

And after Roger Pogoy of TNT missed on a drive, Tyler Tio hit two pressure- packed free throwds to seal the win, 91-8, with 2.6 seconds left.

After Phoenix took a three-point lead, import Cameron Oliver tried to send the game into overtime.

But his game-tying triple went way off.

Calvin Oftana finished with 27 points for TNT, which dropped all the way to a share of eighth to 10th places with NorthPort Batang Pier and Rain or Shine Elasto Painters at 3-5,

Notably absent for TNT was Mikey Williams, who was not fielded in by the team for missing their practice without permission last Saturday.

Up next for Phoenix is Converge FiberX on Nov. 9 at the Smart Araneta Coliseum.

Like the Fuel Masters, the FiberXers are also on a roll after winning their last four assignments.

TNT, on the othet hand, will take a long two-week break and will return to action against sister team Meralco on Oct. 16 also at the Big Dome.