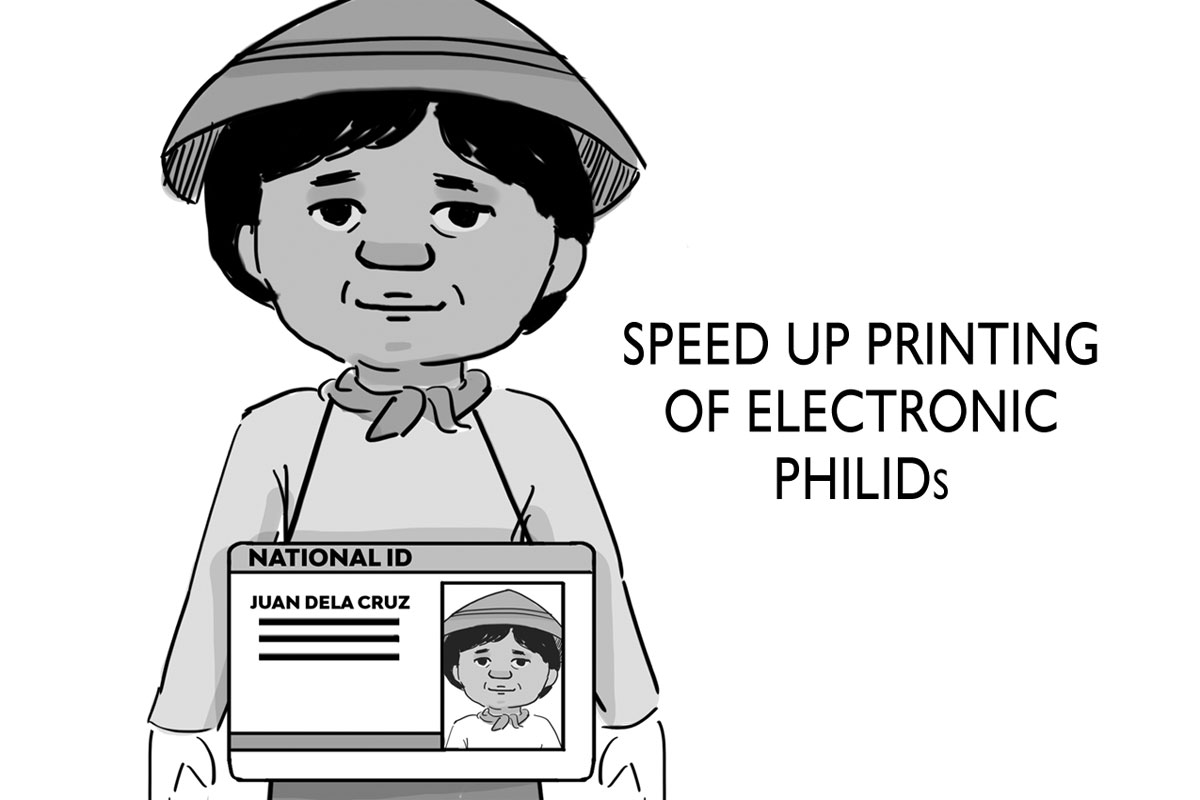 Marcos, the only son and namesake of the late President Ferdinand E. Marcos, issued the order following the delay in the printing of national identification (ID) cards due to the influx of PhilSys registrants.

“Let us print out as much as we can and then isunod natin ‘yung physical ID as soon as we can,” said President Marcos in a meeting with NEDA Secretary Arsenio Balisacan and PSA officials.

It is a valid proof of identity that can be used to transact business with the government and the private sector.

In the view of various quarters, it is certainly time to put pressure on concerned government authorities to hasten the printing of the physical PhilSys identification cards.

Earlier, President Marcos ordered the PSA to issue 30 million PhilIDs by the end of this year and register in the PhilSys 92 million of the more than 109 million population by mid-2023.

The PSA, on other hand, continues to work with the Bangko Sentral ng Pilipinas (BSP) to ensure the expeditious printing of PhilID cards, according to Undersecretary Dennis Mapa.

Since October, PSA has already issued over two million ePhilIDs, which bear the same information as the physical PhilID card.

We commend President Marcos for ordering the prompt issuance of ePhilIDs to PhilSys registrants.

Azurin: Watch out for fake bills this yuletide season