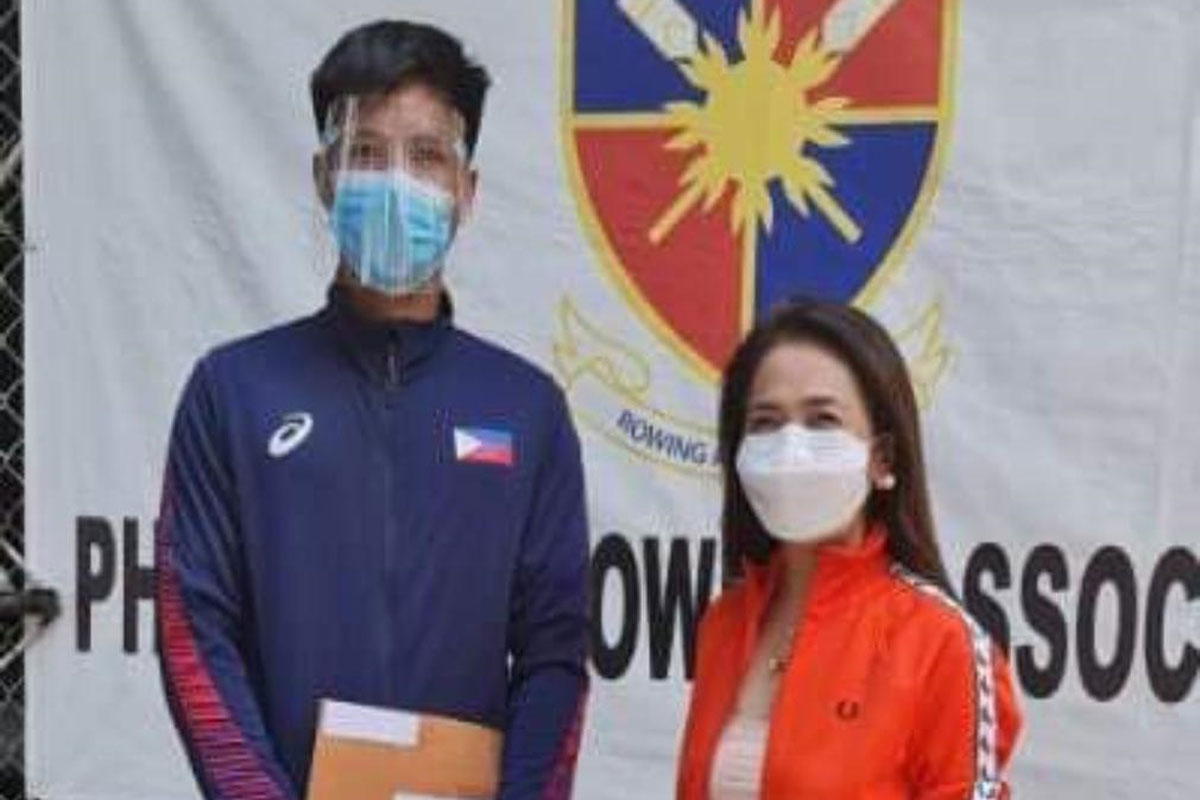 PH Olympic rowing qualifier gets much needed boost from solon

FILIPINO rower and Atimonan, Quezon’s pride Cris Nievarez, who will be representing the Philippines in the upcoming Tokyo Olympics, has received much needed boost from Quezon 4th District Representative Angelina “Helen” Tan.

Tan, Nievarez’s provincemate and district representative, has pledged to extend whatever assistance the 2019 SEA Games gold medalist will be needing to successfully prepare and compete in the men’s single sculls event of the Tokyo Olympics.

“I am very proud of what Cris, my kababayan from Atimonan, Quezon, has achieved not only for himself but for the country despite the hardships that he faced early in life. Being only the third rower to participate in this prestigious event proves that difficulties are meant to rouse and prepare us not discourage and dismay”, Tan said during a small gathering in La Mesa Dam, Quezon City to honor Nievarez’s historic feat.

Tan noted that it never came to her to think twice about providing Nievarez the needed incentive because the Filipino rower reminds her of her humble beginnings.

“Chris and I came from poor families. But through faith, hard work, and commitment to excellence, we both overcame the odds and won. May the determination and resilience of our new Olympic idol despite the many setbacks serve as inspiration for the younger athletes to strive better and for all Filipinos to never give up”, she explained.

Nievarez thanked Tan and her family for the support and promised to do his best to bring honor and pride to the country.

Nievarez is the second Quezonian to compete in the Olympics after Benjamin Tolentino, Jr. from Pitogo, Quezon who joined in the 2000 Sydney Olympics.