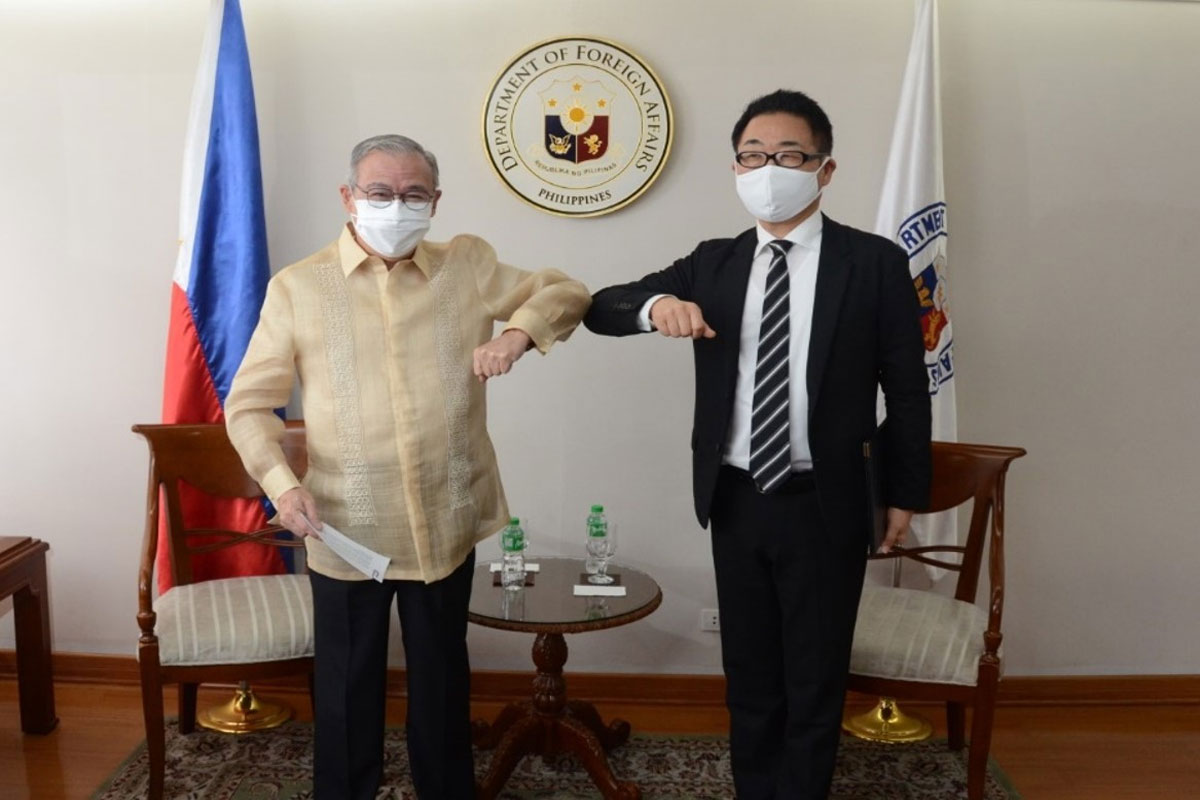 THE Philippines and Japan exchanged diplomatic notes for the JPY 710 million (approximately P289.67 million) for the economic and social development program for the Bangsamoro Autonomous Region in Muslim Mindanao (BARMM) and the Philippine Coast Guard (PCG).

Foreign Affairs Secretary Teodoro L. Locsin Jr., and Japanese Ambassador Koshikawa Kazuhiko formalized the Japanese grant for the BARMM and the PCG through an exchange of diplomatic notes at the Department of Foreign Affairs on Jun 9.

The Japanese Official Development Assistance (ODA) under the Economic and Social Development Programme for the BARMM is a provision of JPY 500 million – worth (approximately Php 204 million) of medical equipment for hospitals within the BARMM. The PCG, on the other hand, will receive 13 units of portable generators worth JPY 210 million (approximately Php 85.67 million).

Officials from the BARMM’s regional health office – Dr. Zul Qarneyn Abas (Officer-in-Charge) and Dr. Amirel Usman (Director General) flew all the way from Mindanao to witness the signing ceremony. They were joined by Secretary Carlito G. Galvez, Jr. of the Office of the Presidential Adviser on Peace, Reconciliation, and Unity.

These generators will support the shore power supply requirements of the country’s vessels including the ten 44-Meter Multi-Role Response Vessels or MRRVs which were procured and delivered under the Maritime Safety Capability Improvement Project Phase I partnership of the Philippines and Japan.

In his remarks during the signing ceremony, Locsin said, “Japan’s provision of medical equipment for ten hospitals within the Bangsamoro Authonous Region in Muslim Mindanao and 13 portable generators for the Philippine Coast Guard demonstrates Japan’s commitment to help uplift the lives of the Filipino people and enhance the country’s maritime enforcement capabilities.”

This was echoed by Koshikawa, who said that he hoped the generators would help improve the PCG’s law enforcement capabilities.

On the medical equipment grant, Koshikawa said that Japan believes these equipment will boost the quality of health services, giving people a greater chance of leading healthier lives.

“In addressing the medical and socio-economic development needs in the BARMM region, I hope that more people will feel the dividend for peace extending from the peace process promoted by the Philippine Government, and which the Japanese Government is happy to support,” he added.

The presence of OIC Undersecretary Roderick M. Planta of the National Economic and Development Authority, Assistant Secretary of the International Finance Group of the Department of Finance Neil Adrian S. Cabiles, and top DFA officials at the signing ceremony highlighted the significance of the long-standing development cooperation and deep friendship between the Filipino and Japanese peoples.

Japan is the Philippines’ top ODA partner, with its long history of support for Philippine development priorities spanning infrastructure, health, human resources, agriculture, education, humanitarian assistance and disaster relief, among many others.