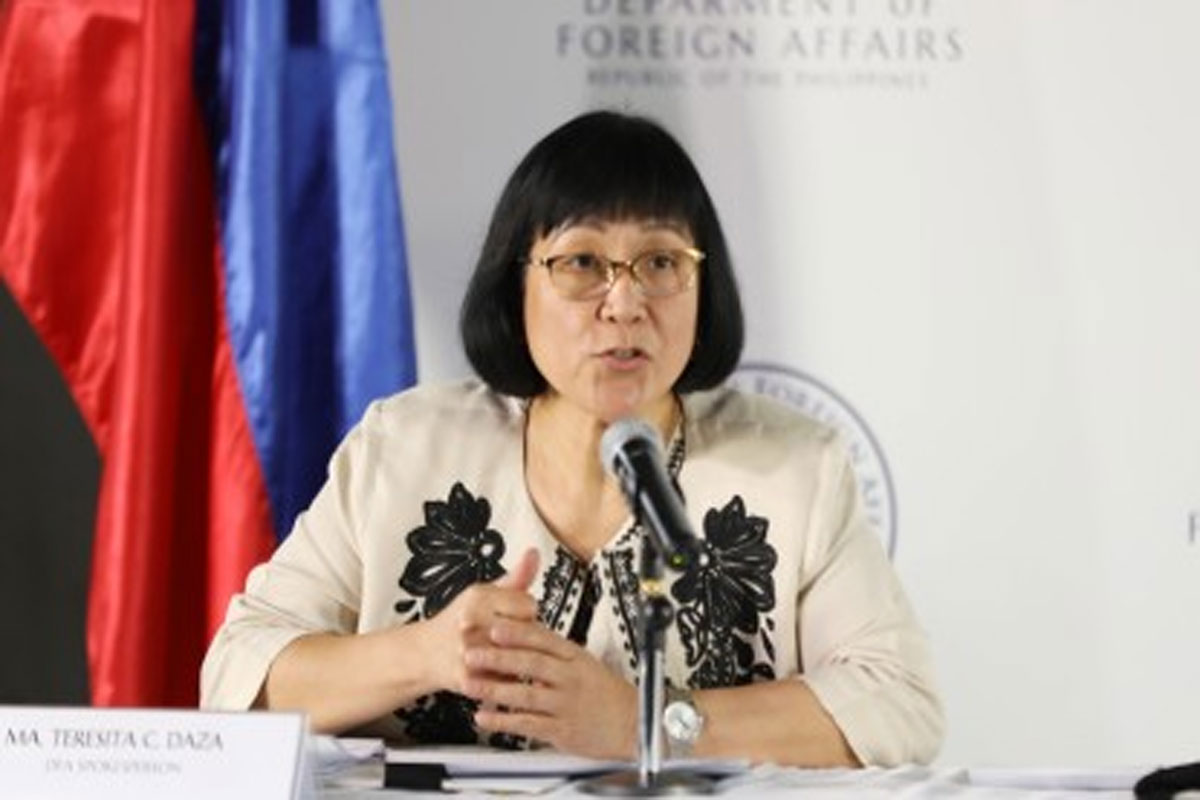 FILIPINO fishermen are free to fish in Ayungin Shoal, which is well within the 200 nautical miles of the Philippines exclusive economic zone (EEZ) and continental shelf, the Department of Foreign Affairs (DFA) said Tuesday.

The statement was issued following reports that the Chinese Coast Guard (CCG) drove away a Filipino boat while fishing in the waters off Ayungin Shoal on Jan. 9.

“Ayungin Shoal is part of the exclusive economic zone and continental shelf of the Philippines. The Philippines is entitled to exercise sovereign rights and jurisdiction in the area, without any intervention from another country,” DFA spokesperson Ma. Teresita Daza said.

“Filipino fishermen are free to exercise their rights and take whatever they are due under Philippine and international law, particularly the 1982 UNCLOS and the final and binding 2016 Arbitral Award,” Daza added.

In 1995, the Philippines established a permanent presence in Ayungin Shoal with the actively commissioned Philippine naval vessel, the BRP Sierra Madre, Daza said.

“The DFA waits the official reports from the military and our law enforcement agencies pn the China Coast Guard’s actions to force Filipino fishermen in Ayungin Shoal to leave the area, Daza said adding “the reports will serve as basis for diplomatic action on the incident.”

She said the DFA monitors any developments in the West Philippine Sea, especially following the discussions between President Ferdinand R. Marcos Jr. and Chinese President Xi Jinping during the former’s state visit to China.

The CCG personnel onboard the RHIB gestured to the Filipino fishermen to leave the area, FFB KEN-KEN altered course and departed Ayungin Shoal. The CCG, however, continued to shadow the boat while underway to Boxall Reef, the boat captain said.

This incident happened a few days after the state visit of Marcos to China from Jan. 3 to 5, when he and his Chinese counterpart agreed to establish a direct line of communication for concerns related to the South China Sea.

Marcos said the Philippine government made immediate use of this mechanism following the incident.