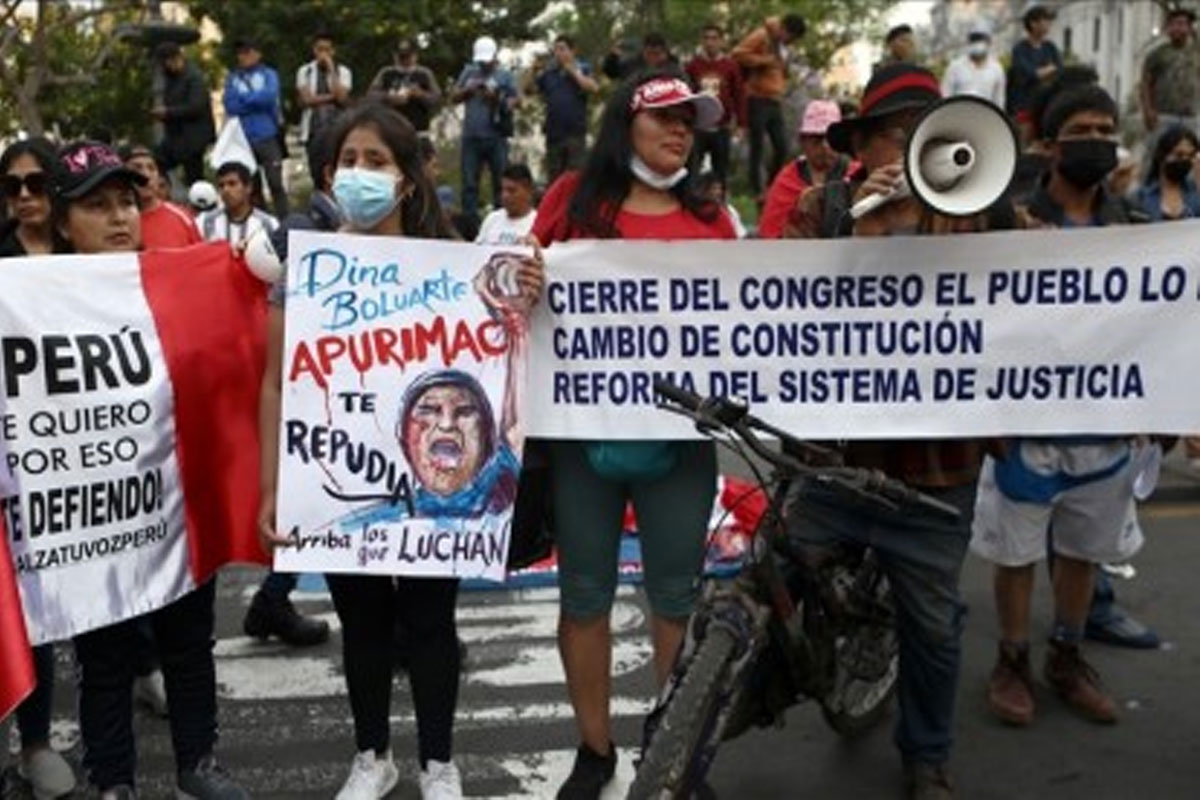 PERU IN PERIL — Protesters demand the return of former Peru President Pedro Castillo who was ousted and detained on Dec. 7. The death toll in nationwide protests has risen to 18 on Friday (Dec. 16). Anadolu/PNA
World,

BOGOTA, Colombia – The death toll in nationwide protests sparked by the ousting of former President Pedro Castillo has risen to 18, authorities said on Friday.

Peru has declared a 30-day nationwide state of emergency as clashes between police and protesters rage on in several areas over Castillo’s impeachment and arrest on Dec. 7.

At least 426 people, including 216 security personnel, have been injured in the capital Lima and other regions, including Apurimac, Ancash, Ayacucho, Cajamarca, Cusco, Moquegua, and Puno, according to the Ombudsman’s Office of Peru.

Protests have been most violent in Ayacucho and Apurimac, where 13 people were reported killed.

Peru’s National Coordinator for Human Rights (CNDDHH) called for an immediate stop to the use of force against protesters, urging authorities to conduct thorough investigations and punish those responsible.

The CNDDHH blamed Peru’s “highest political authorities” for the bloodshed and demanded an end to the military’s intervention as thousands of soldiers swarmed the country after the state of emergency was announced.

Protesters are demanding the resignation of Peru’s new President Dina Boluarte, the dissolution of parliament, and a schedule for new elections.

They also want Castillo’s immediate release, with calls only growing louder after the Supreme Court ruled on Thursday that he will remain in detention for 18 months as he faces charges of rebellion and conspiracy. Anadolu/Philippine News Agency