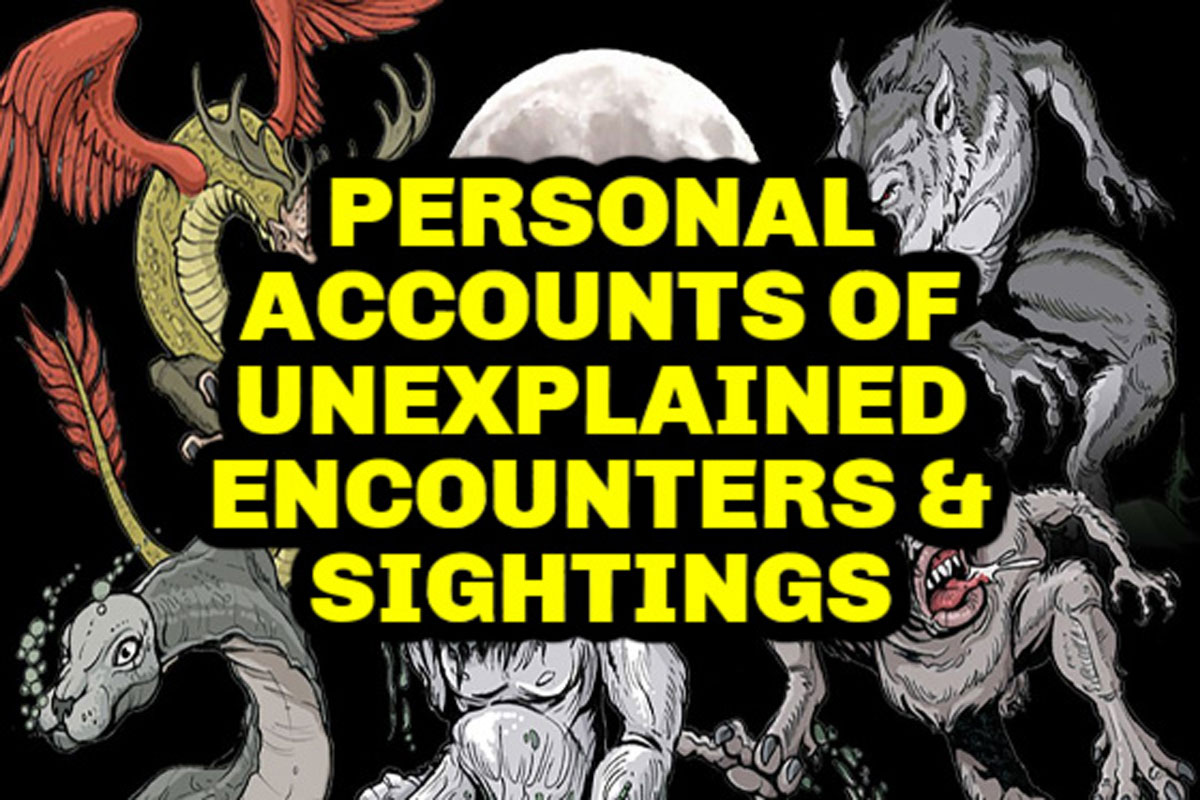 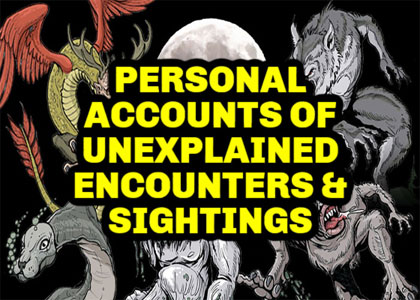 4 accounts of unexplained encounters and sightings, in Rio de Janeiro, Brazil – Berlin, Germany – London, UK – Boston, MA. If you have a strange encounter account, please feel free to forward to me.

The following accounts were recently forwarded to me:

“Many years ago, I was filming a cluster of ladybugs in a bough inside a little groove by a river (countryside of Rio de Janeiro, Brazil). Then I hear a sound of woman talking far away. I was with a friend, there was no woman there. When I saw the footage, in the forest there was a thing very similar to an invisible (Glimmer Man effect) predator from the movie (like if he had just jumped and fell in 2 feet in ground). Unfortunately, I lost the footage. The cellphone was very old so It could be a failure in the cellphone cam (old cellphone with a tiny colored screen). The thing appeared right in the moment when I hear the woman’s voice (but we didn’t see nothing strange at the time I was filming)” AD

“Weird lady on the streets. Strange. So, I live in Berlin. This happened two days ago if I remember correctly. I went out to my local döner kebab shop to buy a döner. Now this shop is like a cart. Not really a shop in a building. It is in a very quiet street (small neighborhood street) where there is a crossroad.

So I ordered my döner and was waiting for my order to be ready. I turn around and see, like 50 meters away, a woman coming closer. Lady in her 40s. She had the creepiest eyes that I have ever seen in my life. You know when you think to yourself: this dude is creepy, he might be a molester. Or this dude looks like a thug. That’s the kind of gut feeling I got. But in this case my gut was telling me that that lady wasn’t human.

Now this woman looked normal. No dark eyes, no weird look. And that’s the weirdest thing about it. She had a normal look but somehow i kept thinking to myself that something was off. The only weird thing about her was that she limped a bit while walking. Anyway, I turn around to see if my kebab was ready and it wasn’t. The dude was still cutting the meat and so on.

The next thing I see is this woman standing on the other side of the crossroad. Now the distance she traversed was something like 100 meters or so. Maybe 2-5 seconds passed for this to happen. And nobody can run that fast. Let alone, the woman was limping. Unfortunately the whole road was very empty with only some children playing far away and the dude at the kebab shop preparing the meat. And he didn’t see it. Any idea what that thing might have been? Or was it just me being paranoid about someone and maybe losing the sense of time for a while?”

“Short, glowing white being. Around 3 years ago, just outside of London, UK, a friend and I were going on a walk late at night through his backyard at his house we always hung out at. All of a sudden, i see him look over and say, “Bro, what is that?” I look over to see a white glowing humanoid being. It realized we saw it and froze with its arms out while we had a quick stare down. It then proceeded to run away at an incredible speed. We tried to chase it but it was far too fast.

We both described the being as the same exact thing. Super short (around 3-4 ft) and a glowing white humanoid. Don’t know what to think of this. I’ve never had any other experiences with extraterrestrials or any paranormal beings. Very interesting to say the least. Weird how it was almost more fearful of us than we were of it. it looked like a blank body with no face/eyes/features at all. Like a short kid figure almost. Very similar to a human body shape wise and, yes, it was skinny. Makes you wonder.

That it is my only singular paranormal/extraterrestrial experience. I would think once they know that you saw them they would continue to seek you? It all just leads to more and more questions.” ME

“Okay I’m going to tell this story once and only once it is by far the weirdest, creepiest and, more importantly, very fearful moment of my life.. All jokes aside.

One night I was walking down the street after drop-off at the 24/7 at a laundromat. It was about 2:27 AM. I remember because I looked to turn on my flashlight. I heard first what sounded like an animal crying as if frightened and injured. Then I heard growls following by thumping and more growling. Then the poor animal crying and like a dog snarling, if you can picture it. I heard a few more thumps and the a crack, like bone cracking. I flash my light over a shed and saw some weird looking eyes – not glowing – but there. Suddenly a police vehicle rolled by and asked what I was doing and explained when they flashed their lights they just saw a glimpse of horns going over the shed. This occurred in East Boston, MA.” WG

Ouija in the Cemetery: Not Just a Game

The Strange Case of Janet Wishart, the Great Witch of Scotland