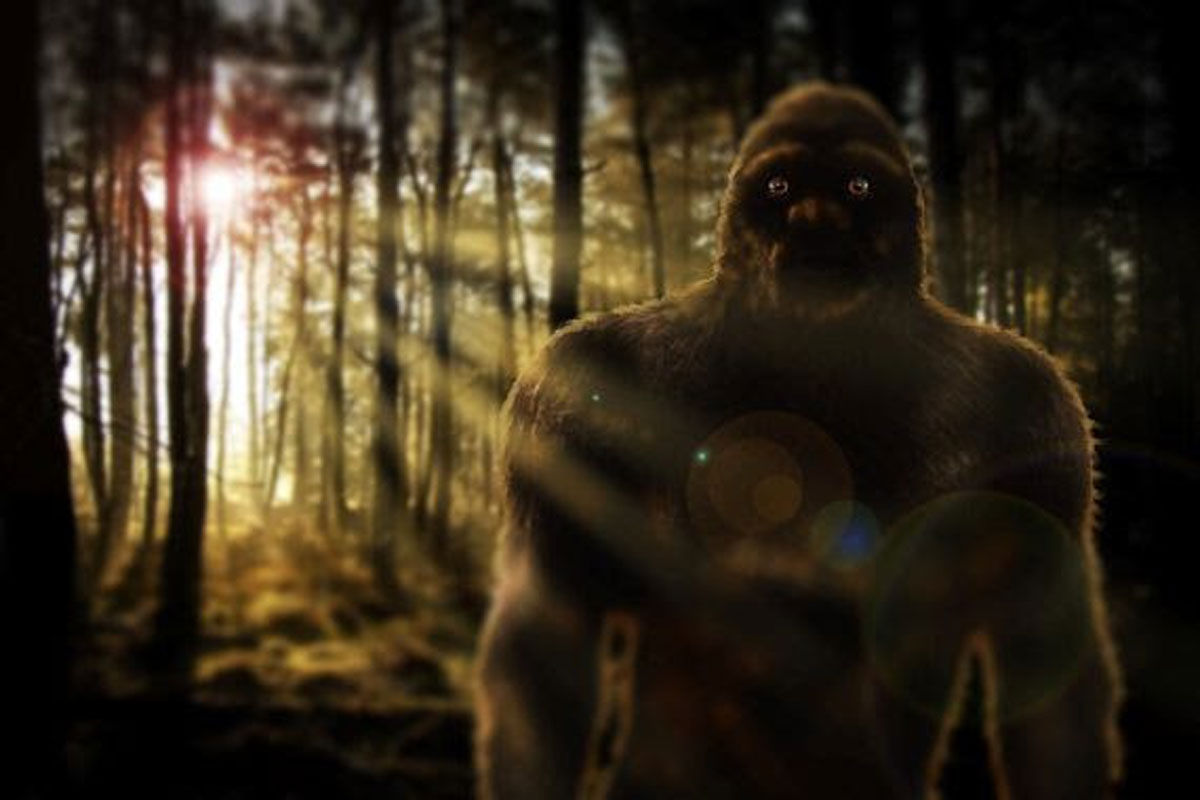 By far one of the most well-known and well-sighted cryptids in history is none other than Bigfoot, also called Sasquatch, a veritable rock star of cryptozoology. These huge hairy hominids have been sighted and searched for all over North America, and there have often been some rather strange and curious accounts indeed. Yet, even more bizarre than sightings of Bigfoot are the occasional tales of people claiming to actually live in close contact with these mysterious creatures, making detailed observations and even forming bonds with them and communicating with them. It is a truly unique phenomenon that is every bit as bizarre as you might expect.

This particular phenomenon is typically called “Bigfoot habituation,” the witnesses often referred to as “contactees,” and one can almost envision it as sort of similar to Diane Fossey and her gorillas living together and studying each other. There are numerous such cases, and one fairly major account of Bigfoot habituation comes from the wildernesses of Washington state, in the United States, and revolves around a witness named Sali Sheppard-Wolford and her family, also being an account that perhaps transcends just hairy hominid encounters to truly catapult to the realms of high strangeness. Wolford lived near the town of Orting, Washington, in the 70s, along with her daughter, Autumn, around which much of the tale seems to gravitate. They lived here in a rustic, modest, somewhat disheveled cabin, described as “an 11×33 foot wooden box with holes in the floor and a cold water faucet,” surrounded by quaint wilderness and a sea of trees, but almost as soon as they moved in there was strangeness afoot, and Wolford says in an interview with Jeffery Pritchett, of The Church Of Mabus Radio Show, of this day:

When we walked out to view the river I knew we would live there. When we turned to walk back, my ex yelled, “Race ya!”, and disappeared into the woods. I couldn’t recall where we’d come out, so I took the most obvious path. I picked wild flowers as I walked, expecting him to do something to scare me, like jumping out from behind a bush and screaming. That was when I noticed the woods had become dark and completely quiet. When I looked up, the sky was filled with ominous, rolling clouds. I shivered, and realized I was not alone, and the presence I felt was not that of my husband. I screamed his name and turned to run, then a terrible smell wafted by on the sodden breeze. The woods erupted behind me, and I turned toward the sound of ripping foliage. As I watched, something huge and hairy disappeared into the trees.

Charged by waves of fear, I began running again, but tripped over a root and landed in the wet sand. I lay still, catching my breath. When I looked up, I noticed the sky had returned to normal. Puffy, white clouds stretched peacefully in a pale, blue sky. Birds twittered from hidden perches. The fragrance of Spring in the forest filled the air. The presence was gone. I summoned up my last bit of courage and retraced my steps until I came upon the spot where I had dropped my flowers. Off to the side of the path it looked like a tank had gone through the thick underbrush. Then the destruction just stopped. I looked for a place where something that large could have gone farther, but there was none. Broken branches hung like dead snakes as I looked up into the overhanging limbs. I spied a tuft of brown hair caught on one. It was too far up for me to reach, but I finally managed with the aid of a stick. When I pulled it down, I winced at the rancid smell I would never forget. That’s when it hit me just how huge that shape had been. The funny thing was, it had run away just like I had. We had scared each other. 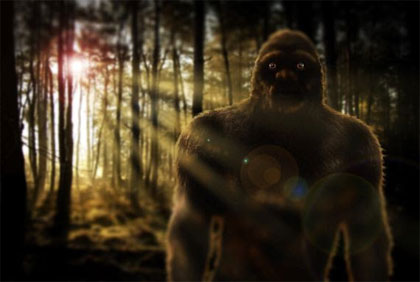 For the next four years the family was supposedly frequently visited by these Bigfoot-like creatures, with countless sightings of the beasts lurking about, usually coming in quite closely and often they were seen by friends and neighbors as well. There were also many such incidents when she and her daughter were together. Wolford gives one such odd encounter thus:

We came around a bend on one of the trails behind our cabin and standing in the dappled shade of the trees were an adult Sasquatch, and his much smaller companion. I couldn’t have moved if I’d wanted to. With my three-year-old daughter by my side, I stood frozen in place until the adult broke eye contact. He cocked his head and looked down at the fur coat I was wearing as if to say, ”

What kind of animal ARE you?” At that point my instincts kicked in. I spoke softly when I told Autumn her to, “turn around and walk, honey, don’t run”. When she was safely out of sight, I turned and followed. The two Sasquatch never moved. When we returned to our cabin, we crawled into bed. My husband was livid when he came home from work because there was no wood to burn. I told him we were sick because I had no other excuse for being in bed. I did not remember that meeting on the trail for over 20 years. What I remember most is the eyes. Full of intelligence. They were about twice the size of my own, and no whites were visible. The color was brown, but they had a greenish tint, and were covered with a sort of convex lens like a cat. They were not the eyes of an animal. I had the feeling they looked deep into my soul.

Much of this was intertwined with a great deal of other mysterious occurrences, such as myriad light anomalies that appeared in the forest, and Wolford says that often the Sasquatch that appeared would have these orbs surrounding them, or wreaths of tiny lights like fireflies orbiting their heads and shoulders. She says of one such encounter:

One night I was looking out the kitchen window and saw the tall, dark form of a Sasquatch walking down the path toward the river. Surrounding his head and upper torso were tiny, twinkling white lights. When I tapped on the window, the lights went out like someone had flipped a switch, and he was swallowed in darkness.

It is all very bizarre, and besides sightings of mystery lights and Bigfoot, there was also the unusual detail in that Wolford claims that at the time she was also frequently visited by a spectral elderly Native American gentleman who she calls the “Dream Walker.” This stranger would apparently take her on journeys into the past, guiding her through the history of the Bigfoot of the valley, showing her the early life of the Native Chinook tribe and their beliefs and way of life, the two of them roaming around the landscape together and extending out past the reach of time into the past. She says of these excurions:

These journeys, for the most part, were quite disturbing for they showed me the fate of both the Natives, and the Sasquatch as they were pushed farther into the forest or violently disposed of. I was given hope for the future of Sasquatch in the form of Dream Walker’s last words to me: “Remember all I have shown you and teach your young ones. I will not be here to remind you. Make sure the children believe in what they cannot touch or see. To one of you a girl child has been born. She has the sunbeams in her hair. One day I will come to her as I have come to you. She too will learn the ways of our people and Skookum.” It did not occur to me at the time that he was describing my daughter, Autumn. As to who Dream Walker is I will answer you thus… In one of our later journeys it was the present time. He led me down the path behind Youdi’s cabin. I walked around a curve on the path between the huge, rotting logs that had been deposited by some ancient flood and there stood the adult Sasquatch (I now know) I had met on the path. One minute he was there, then the next Dream Walker stood in his place. That answered the question for me, but I leave it to others to decide for themselves. 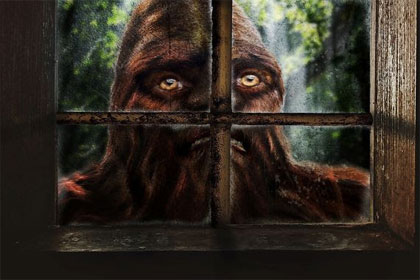 With so many incidents of utter strangeness surrounding them, one might think that Wolford might take Bigfoot to be some sort of spiritual entity or even an alien, but she seems to think that this is not necessarily the case, tending to believe that they are an unknown form of prehistoric man, although she entertains other possibilities. Considering all of the other phenomena witnessed upon the land, Wolford was asked her opinion on whether the Bigfoot she had been seeing were related to aliens and the UFO phenomenon, to which she answers:

I’ve thought long and hard on this question. I don’t know that there is a connection, but I wouldn’t rule it out. The fact that we experienced both, along with many other anomalies, during our time in the valley could lead one to that conclusion, but the fact that so many strange things happened in one place could be caused by something else entirely. There are so many things that science seems to ignore, or can’t explain. I’ve looked into the possibility of a vortex in that area, or a junction of ley lines. Native Americans have looked at certain areas near Mt. Rainier as sacred for centuries.

Sali Sheppard-Wolford has written extensively on these unusual experiences in her book, Valley of the Skookum: Four Years of Encounters with Bigfoot, if you want to know more. We are left to wonder just what to make of all of this. What sort of unknown mysteries were swirling about this family, if any? What is with the more mystical aspects of it? What does any of it mean? Do Bigfoot really congregate around certain people. and if so, why are they unable to provide better evidence of their wild stories? It remains to be seen, and for the time being, the case of Sali Sheppard-Wolford is one of the most in-depth and outright bizarre cases of Bigfoot contactees around, whether any of it is real or not.

DOLE upbeat on the-up with PGH in OFW Hospital