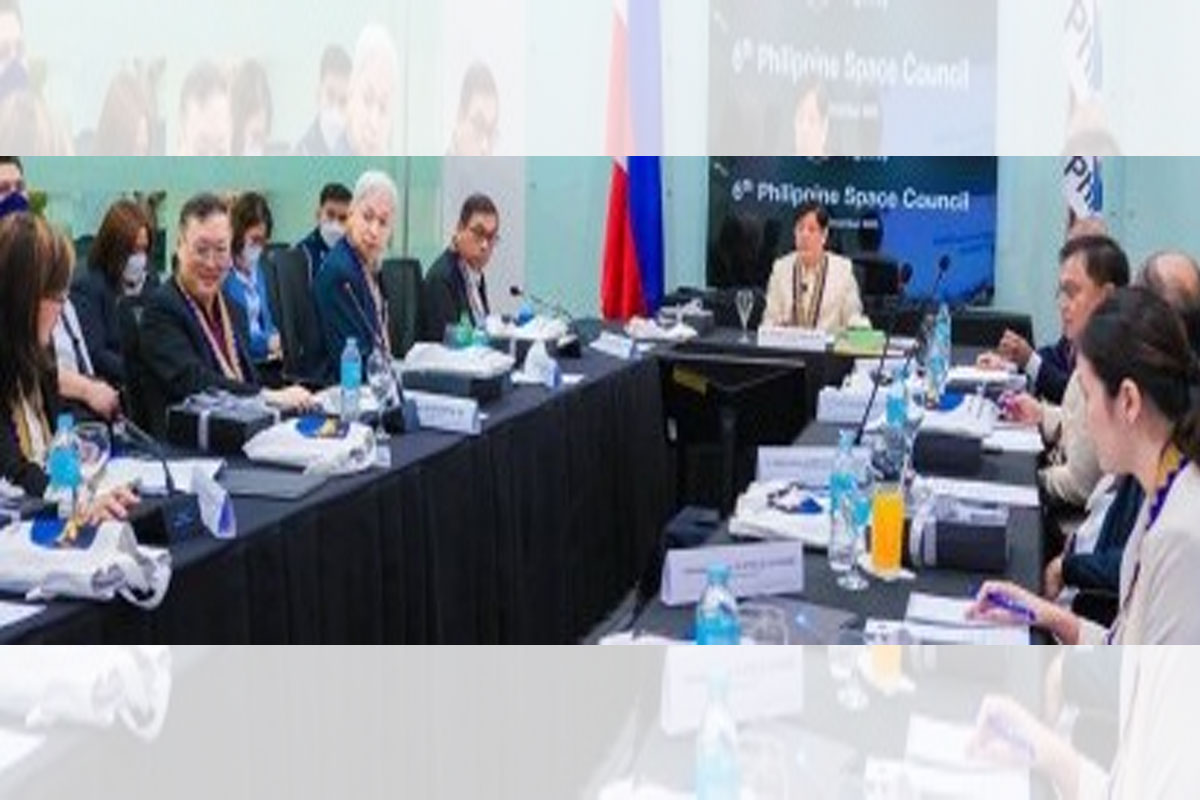 SATELLITE MAPPING — President Ferdinand R. Marcos Jr. on Monday (Dec. 19, 2022) said he wants government agencies to maximize the use of satellite mapping to help improve their operations. Marcos broached the idea during his inaugural meeting with the Philippine Space Council which he chairs. Photo courtesy of the Office of the President
Nation,

PRESIDENT Ferdinand R. Marcos Jr. is advocating the use of satellite mapping in all government offices to improve their services and, operations, Malacañang said on Tuesday.

Marcos pitched the idea when he convened the inaugural meeting with members of the Philippine Space Council (PSC) at the Philippine Space Agency’s (PhilSA) conference room at CyberOne Building in Eastwood, Quezon City on Monday, Undersecretary Cheloy Garafil, officer-in-charge of the Office of the Press Secretary (OPS) said in a statement.

Marcos, who concurrently serves as chair of the PSC, stressed the importance of giving government agencies access to satellite data that could have multiple uses, specifically in improving the agriculture and business sectors and in protecting the environment.

“So, that’s why I was asking you that we have to make sure that the data we give [in] each different department is in a form that they can use,” Marcos, as quoted by the OPS, told the PSC.

Marcos, Garafil said, sees the need to conduct a mapping of the entire country “in a slightly different way from what was being done before.”

“During Monday’s inaugural meeting of the Philippine Space Council, President Marcos particularly highlighted the importance of satellite mapping which could have multiple application,” she said.

Marcos is seeking the further development of a Philippine satellite map to guide both the government and its partners, Garafil said.

He believed that the use of mapping data can help potential investors such as carbon producers in “balancing their activity” as they could be provided with the necessary information in terms of developing a particular bio-diverse area in a certain location.

“The reason we are signing an MOU (Memorandum of Understanding) with the Space Council is so that we can do mapping because… as I was explaining to you earlier, in terms of green, in terms of bio assets, there is now a way to quantify your nice fisheries, your agricultural activity,” he said.

“All of that. It is in terms of how much carbon you’re putting out into the air. But the beginning, the first step of that, will be to map,” Marcos added.

This, as Marcos wanted to make sure that the government offices will have access to satellite data according to their needs, the Office of the President (OP) said in a Facebook post.

“The President, who chairs the PSC, directed the council to guarantee that the data provided to relevant departments are helpful and will leverage the Philippines’ partnerships with international imaging agencies,” the OP said.

Meanwhile, PhilSA recommended the issuance of a resolution declaring the annual celebration of the National Space Week from Aug. 8 to 14, Garafil said.

Garafil said the proposal to observe National Space Week, which coincides with the enactment of the Philippine Space Act on Aug. 9, 2019, aims to “promote space awareness, espouse the benefits of space and its impact on the lives of the people, celebrate the contribution of Filipinos in the field of space and inspire the future generation.” Philippine News Agency