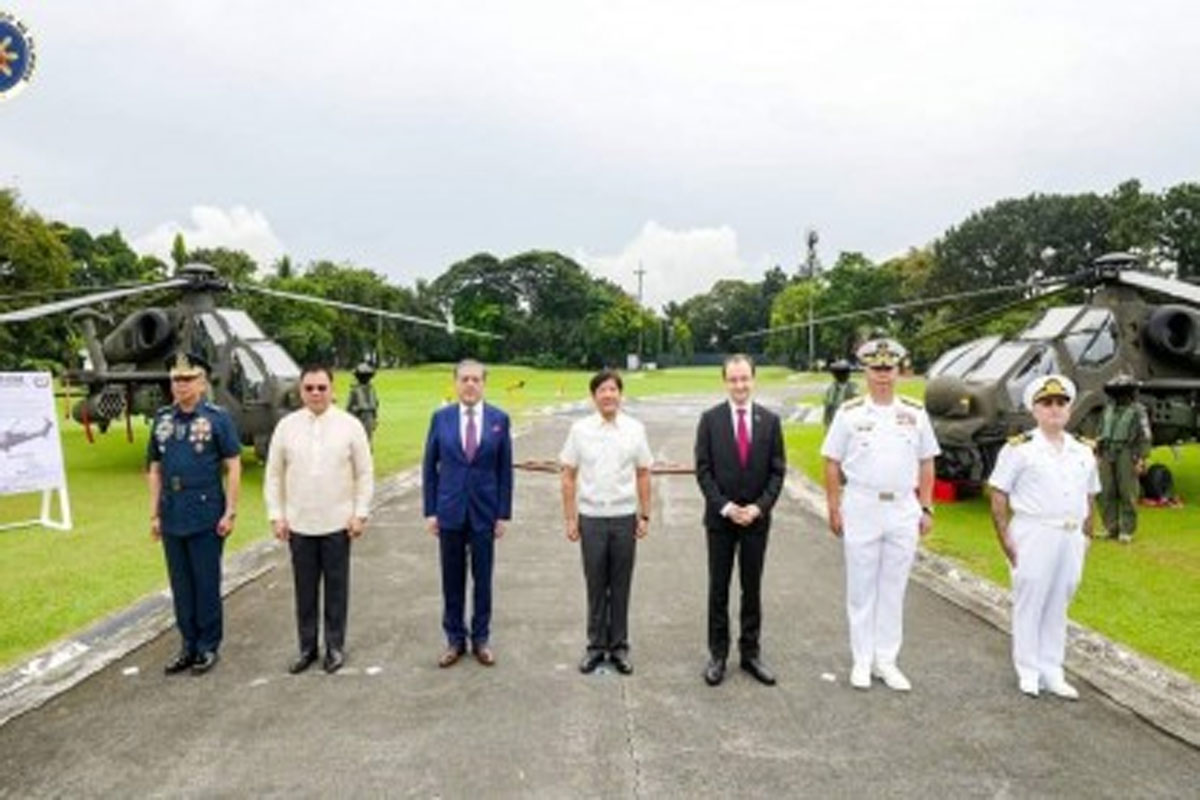 Photo courtesy of the Office of the President
Nation,

The Chief Executive also expressed hope that the modernization goal and PAF’s recent advancement will drive it to enhance its defense capabilities consistently, perform its duties effectively and protect the nation with vigor and pride.

Marcos said he expects that the recently acquired state-of-the-art helicopters will improve the Air Force’s operational readiness and responsiveness and empower it to fulfill its mandate to the country and the people.

The President also appreciated the contribution of the government of Turkiye and the Turkish Aerospace Industries for being reliable partners of the Philippine government in modernizing the PAF.

At the same time, President Marcos expressed gratitude to the PAF and the Armed Forces of the Philippines (AFP) for their invaluable contribution to the nation’s external defense, internal security operations, as well as disaster relief and response operations.

Last March, PAF received the two T129 along with unspecific logistics support equipment under a USD269 million government-to-government contract with Turkiye that was signed in July 2020.

The Philippines has six helicopters on order under the multi-million dollar contract, which is part of the Horizon 2 phase of the AFP modernization program.

The T129 helicopters are being manufactured by Turkish Aerospace Industries based on the AgustaWestland A129 Mangusta design.

The new assets will complement a pair of refurbished Bell AH-1S Huey “Cobra” attack helicopters from Jordan, along with armed light observation and transport helicopters in PAF’s inventory.

These aircraft will be utilized for territorial defense, aerial surveillance and reconnaissance, counter-insurgency combat operations and combat support operations.

The T129 is a twin-engine, tandem seat, multi-role, all-weather attack helicopter and armed with a variety of guns, rockets, missiles, sensors and targeting systems.

It has a cruising speed of 120 knots and a range of 250 nautical miles. With report from Filane Cervantes/Philippine News Agency