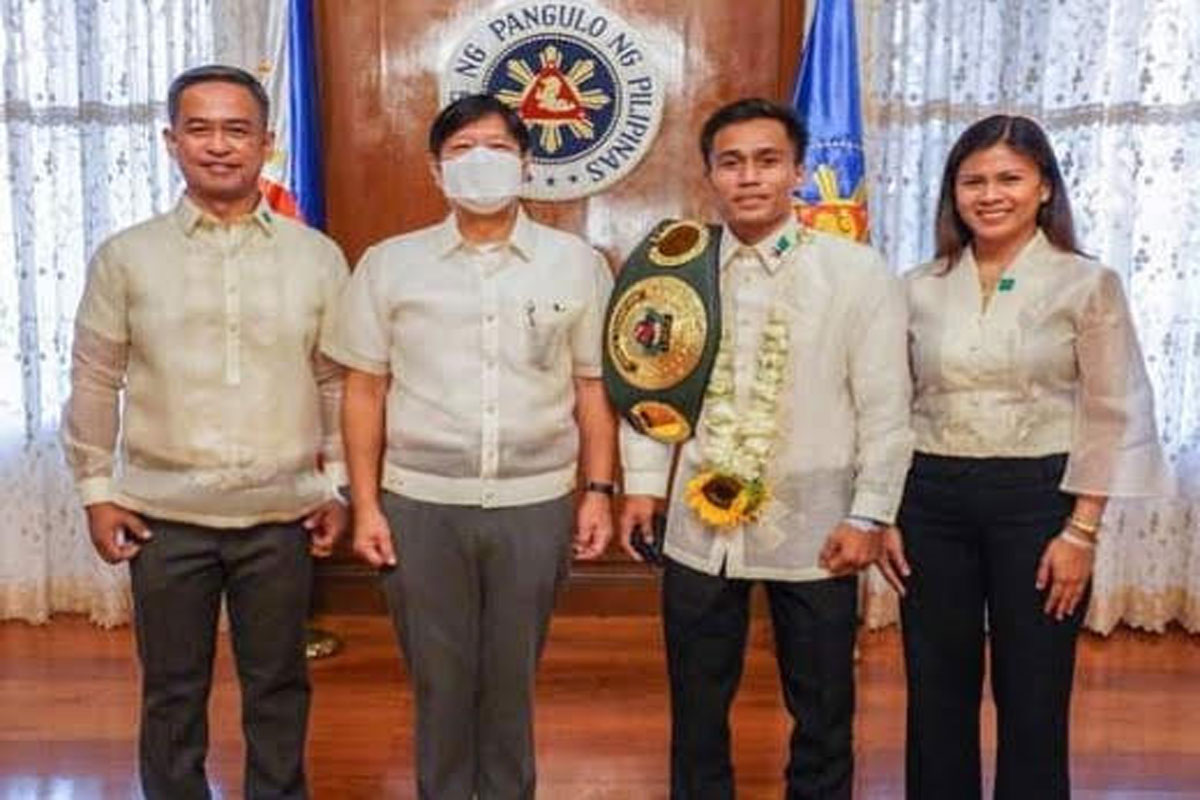 SPORTS continue to flourish under the administration of President Ferdinand “Bongbong” Marcos Jr.

The President congratulated the boxing champion on his accomplishment that brought pride and honor to Filipinos around the world.

Apolinario, who was accompanied by Games and Amusements Board (GAB) Officer-In-Charge Atty. Ermar U. Benitez, GAB Boxing Division head Jackie Lou C. Ornido, and Jim Claude Manangquil of SanMan Promotions handed over a pair of signed gloves to President Marcos during his courtesy visit.

In return, the Chief Executive signed another pair of gloves for Apolinario and gave him a commemorative gold coin.

The 23-year-old fighter from Sarangani Province dropped Buthelezi (23-6, 5 KOs) with a left cross to capture the vacant IBO crown and raise his ring record o to 17 wins, including 12 knockouts, with no defeat.

“We are excited for Philippine professional boxing. Not only is it recovering from the effects of the pandemic, but it is also invigorated by the recent victories of our champions,” said Benitez, GAB OIC and Legal Division Chief.

Martin, also known as the “Wonder Boy” from Ifugao, also holds a perfect record at 20 wins and 0 losses, with 16 KOs.

“As of today, we have one world champion and 21 regional champions. We might even have as much as 26, depending on the results of the upcoming matches of our fighters in the coming days here and abroad,” added Ornido, GAB OIC Boxing and Other Contact Sports Division chief.