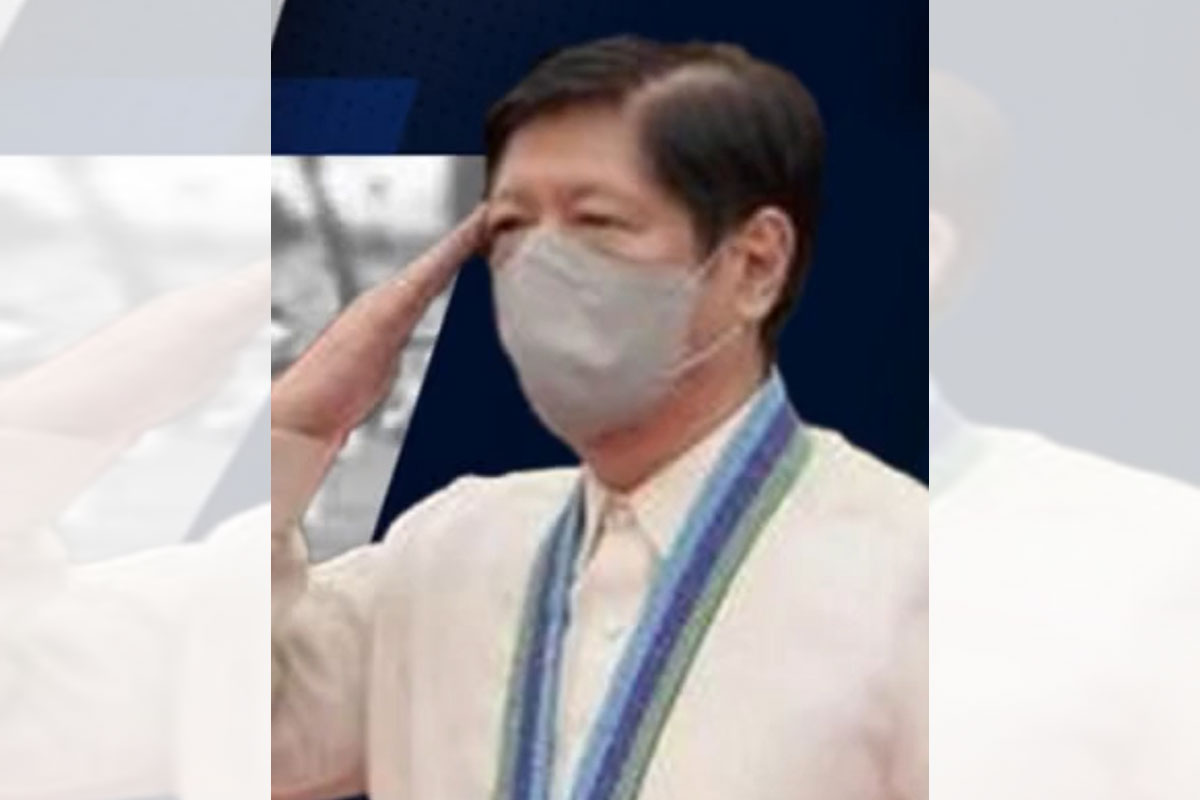 PBBM: Be instrument of peace, solidarity

INSTEAD of dragging each other down, President Ferdinand “Bongbong” Marcos Jr. on Monday said the only way to succeed as a nation is to lift each other up by being instruments of peace and solidarity.

He made this call in a speech during the commemoration of National Heroes Day at the Libingan ng mga Bayani in Taguig City.

“Huwag naman natin ikulong ang ating mga sarili sa hidwaan at paghihilahan ng pababa. Sa halip, maging instrumento tayo ng pagkakaisa [at] kapayapaan (Let’s not lock ourselves in conflict and drag each other down. Instead, let us be instruments of peace [and] solidarity),” he said.

Citing how past heroes fought for the country’s freedom, he called on Filipinos to embrace the same kind of passion in carrying out acts of love and genuine concern for others.

He also honored present-day heroes such as farmers, teachers, healthcare workers, overseas Filipino workers (OFWs), and the like for making the country a better place to live in.

“Umaasa ako na sa halimbawa ng ating mga dakilang bayani, higit nating isasabuhay ang kanilang ipinakitang pag-ibig sa bayan at ipinagtatanggol at ipinaglalaban nilang panata sa kabutihan (I hope that with the example of our great heroes, we will further live out the love shown to the country and the vow of goodness that they defend and fight for),” he added.

Marcos said that unity is the key to achieving success as a nation.

“Buong tapang nating harapin ang anumang hamon na hinaharap na may tiwala tayo na higit na lalakas at magiging matagumpay kung tayo ay patuloy na magkakaisa at magtutulungan bilang isang bansa (Let us bravely face any challenge that lies ahead with the confidence that we will be stronger and more successful if we continue to unite and work together as a nation),” he said.

As part of efforts to revive the economy, Marcos also reiterated his call for Filipinos to get vaccinated against Covid-19 and complete their booster shots.

He said history has shown that Filipinos’ collective strength is key to attaining victory.

“Ang mga bayaning nag-alay ng sarili para sa atin ay huwarang patutuo sa pangako ng pag-asa ng ating pinanghahawakan. Kaya naman dapat lamang natin pahalagahan ng wasto ang ating kalayaan at ibaling ang ating mga kinikilos na ayon sa pag-ibig at pagmamalasakit sa kapwa (The heroes who sacrificed themselves for us are exemplary believers in the promise of hope that we hold dear. That’s why we should only properly value our freedom and change our actions according to love and concern for others),” he added.

According to Marcos, all Filipinos can create change that will benefit the greater good.

Meanwhile, Marcos vowed to continuously push for programs that benefit Filipino war veterans and their dependents.

He said the government would also establish more hospitals in the Visayas and Mindanao that cater to World War II and Post World War veterans.

In a separate speech, National Historical Commission of the Philippines chairperson Rene Escalante called on Filipinos to support the Marcos government as it addresses both problems arising from internal and external conflicts.

“In the midst of the pandemic and rising costs of living, our country cannot afford to be engaged in any world war or any domestic conflict…We need to rally behind the President’s call for unity if we want to survive the pandemic and bring our economy back on track,” he said.

He also emphasized the relevance of commemorating National Heroes Day at the Libingan ng mga Bayani, describing it as a “sacred ground and serves as the final resting place of many Filipinos who fought and died defending the freedom of the country.”

“Even if their names are lost to history, our nation remains proud in calling them our heroes,” he said.