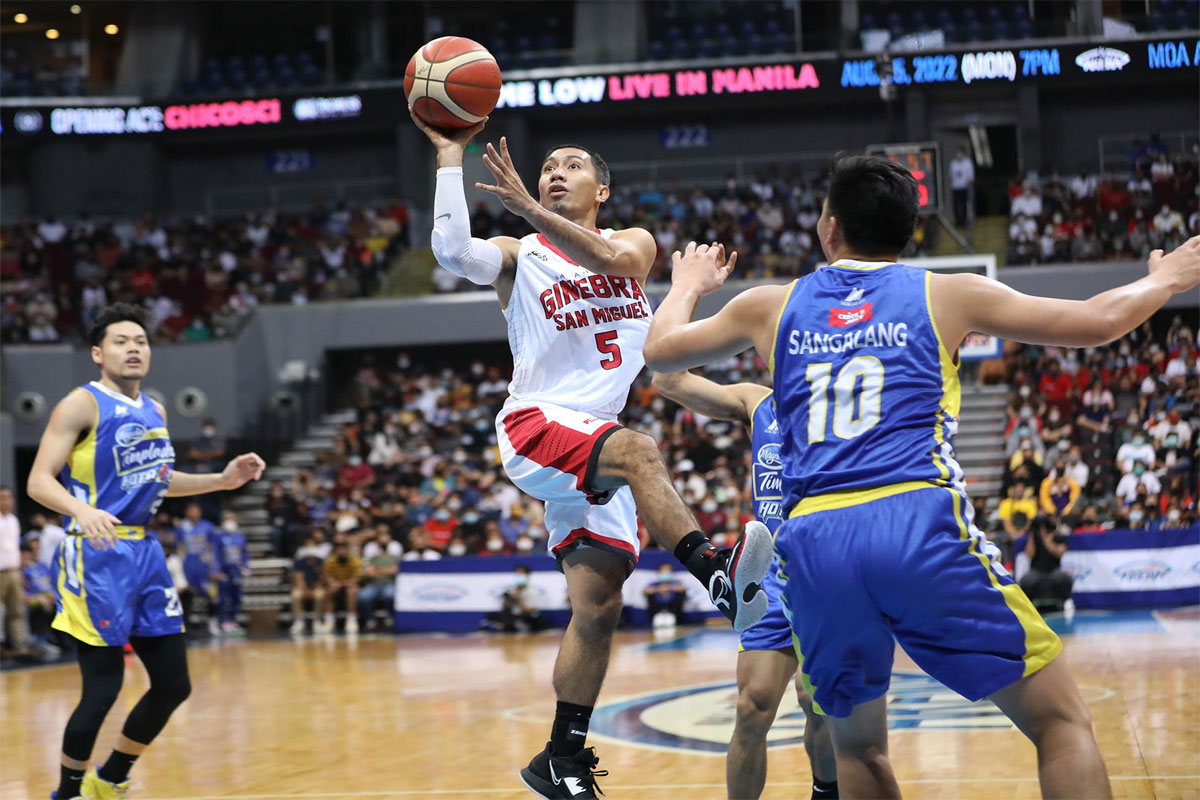 LA Tenorio of Barangay Ginebra will be one of the players to watch against NLEX. PBA photo
Basketball,

BARANGAY Ginebra tries to get back into the winning track when it takes on NLEX in the 2022 PBA Philippine Cup at the Mall of Asia Arena.

The Kings and the Road Warriors take the floor at 6 p.m.with the winner moving up to 3-1 and solo second behind only San Miguel Beer and the loser falling into a tie for seventh place at 2-2.

Ginebra opened the conference with back-to-back victories against Blackwater (85-82) and Rain or Shine (90-85) before losing to Magnolia Chicken Timplados (84-89) last Sunday.

It was the fourth straight setback for Ginebra in their highly-anticipated Manila Classico showdowns with Magnolia.

Against the Hotshots, the Kings struggled with 0-of-12 shooting from the three-point area, with ace gunners Stanley Pringle, Scottie Thompson and Jeff Chan missing their shots.

That allowed the Hotshots to escape with their second win in five outings despite playing minus the injured Paul Lee and losing Calvin Abueva for incurring two technical fouls.

In the 3 p.m. curtainraiser, Converge and Terrafirma hope to end their losing skid and keep their hopes alive in this season-opening conference.

Converge which holds a 1-3 record, is expected to rely on Jeron Teng, Maverick Ahanmisi, and Abu Tratter, who missed the team’s first four assignments.

Terrafirma, the only winless team so far at 0-3, is hoping to get veteran Eric Camson back into the line-up.

The Dyip are already without Ed Daquioag and Isaac Go for the rest of the season following separate injuries.