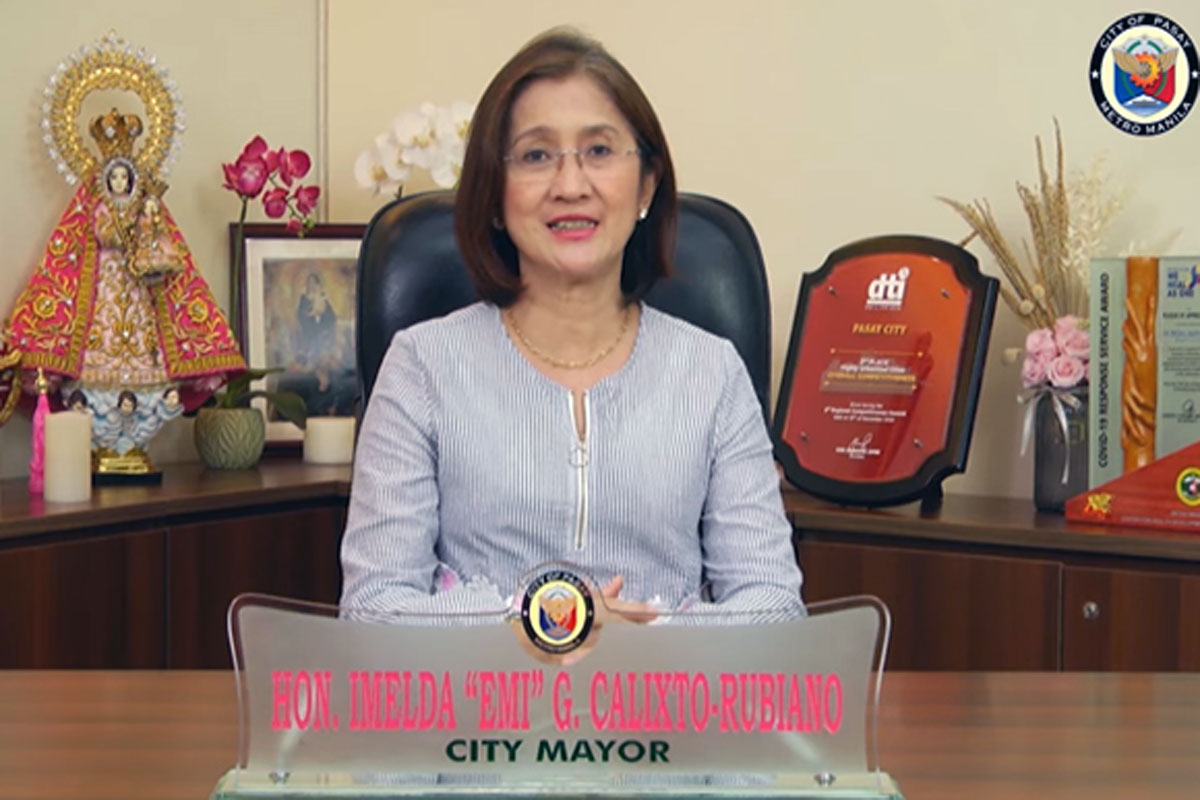 THE Pasay City government has been working hard to prevent the spread of COVIE-19 and bring down the number of cases in the city.

In the same interview, Calixto-Rubiano also said that they have noticed that the number of cases has slightly went down the past few days compared to previous weeks.

The lower number of cases also resulted in fewer barangays where houses are being placed under the so-called localized or granular lockdowns.

She also pointed out that localized lockdowns do not mean that the entire concerned barangays have been closed, but only specific and targeted households or streets where there are noticeable high number of cases.

She added that all households that have been placed under granular lockdowns are being provided with all their necessary needs especially food consisting not only canned goods but fresh produce as well like vegetables, meat and fruits.

Mayor Emi also noticed that there was a slight drop in the number of patients at Pasay City General Hospital although the facility is still in almost full capacity.

She also clarified that while the hospital is already full, they were not turning away their patients and many of them are receiving triage and treatment in tents just outside the hospital.

As of September 1, the city has 935 active cases which is slightly lower than the 945 recorded the previous day.