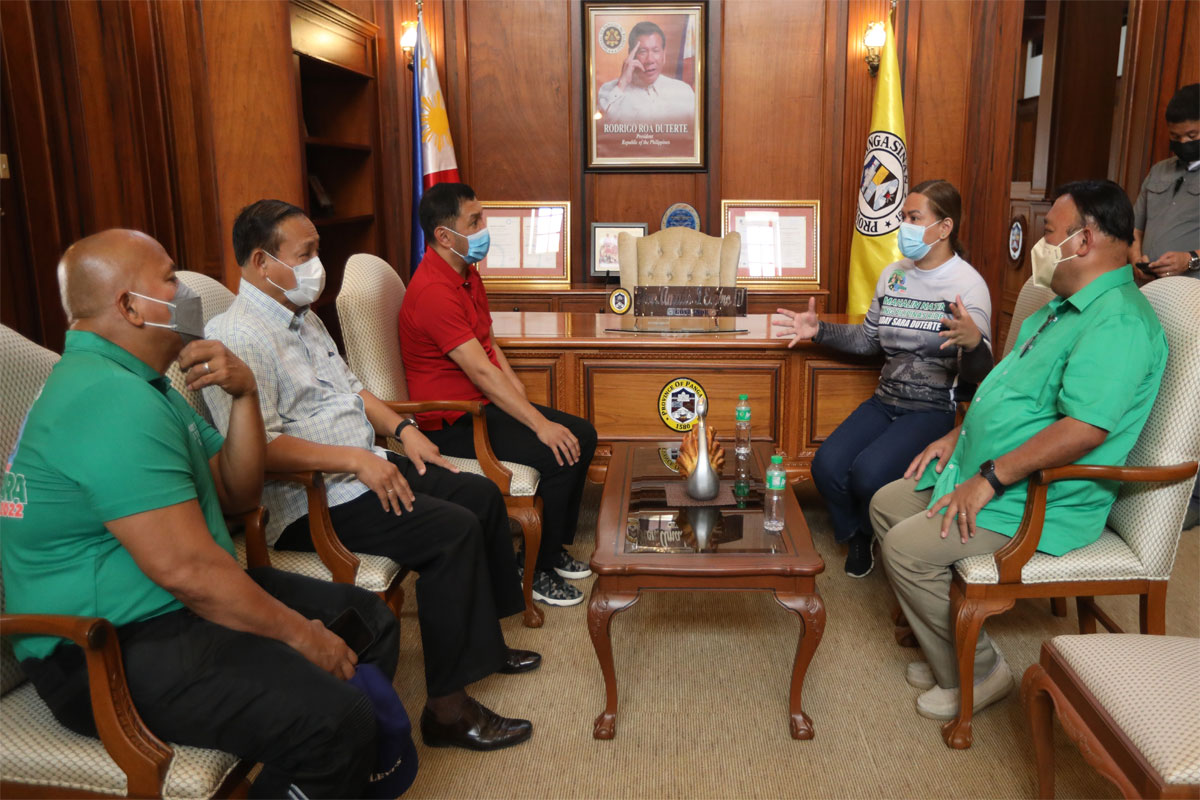 In backing Marcos and Duterte, key leaders from the vote-rich province of the country have temporarily set aside local politics and party affiliations to rally behind the sure-winner tandem that got the overwhelming approval of Ilocanos during its weeklong campaign in Northern Luzon.

Duterte came from a campaign in the neighboring province of La Union where she and Marcos got the support and endorsement of officials led by Gov. Emmanuel ‘Pacoy’ Ortega III of the Nationalist People’s Coalition (NPC).

For his opponent, Guico, a stalwart of the Nacionalista Party (NP), said a landslide victory for BBM-Sara is imminent in vote-rich Pangasinan, which has almost two million registered voters.

“Regardless of political colors, I think Pangasinan is united for BBM-Sara,” Guico said in a separate ambush interview in Alaminos City before Duterte inaugurated the SARA for VP Alaminos Headquarters.

“Pangasinan has almost has two million voters so a lot of our allies have command votes in their respective municipalities and cities. Kaya I’m sure we can deliver a lot for Team UniTeam, kina BBM at Sara,” added the aspiring governor.

In Alaminos City during the inauguration of SARA for VP Alaminos Headquarters, Pangasinan Rep. Christopher V.P. De Venecia and former Pangasinan Rep. Rachael Arenas who is running for Congress this election also assured of BBM-Sara victory in the province.

For her part, Arenas, another Lakas-CMD member, said, “I am very happy for our Vice President Inday Sara Duterte. Pangasinan is united for her, so natutuwa po ako to see all parties gathering together to support Mayor Inday Sara.”

“I’m proud to be here and I’m proud to be not just a supporter, but a friend of our vice president Inday Sara Duterte. Sa nakikita ko solid talaga ang north for BBM-Sara, iyun ang feeling ko when I go around. Solid ang north, solid ang Pangasinan,” Arenas added.

Like Ortega III, Espino temporarily set aside his party membership, the PDP-Laban, under which he is running for reelection as Pangasinan governor, to support the BBM-Sara tandem.

Ortega and Espino were not the only governors in Northern Luzon who belong to other political parties but who have decided to support Marcos and Duterte as they campaign for the Ilocano votes.

Duterte’s presence in Northern Luzon is part of her Mahalin Natin ang Pilipinas Ride, a south-north journey that she launched early this month in Davao City to promote patriotism, love and unity.

Victims of human trafficking gets livelihood support from DOLE