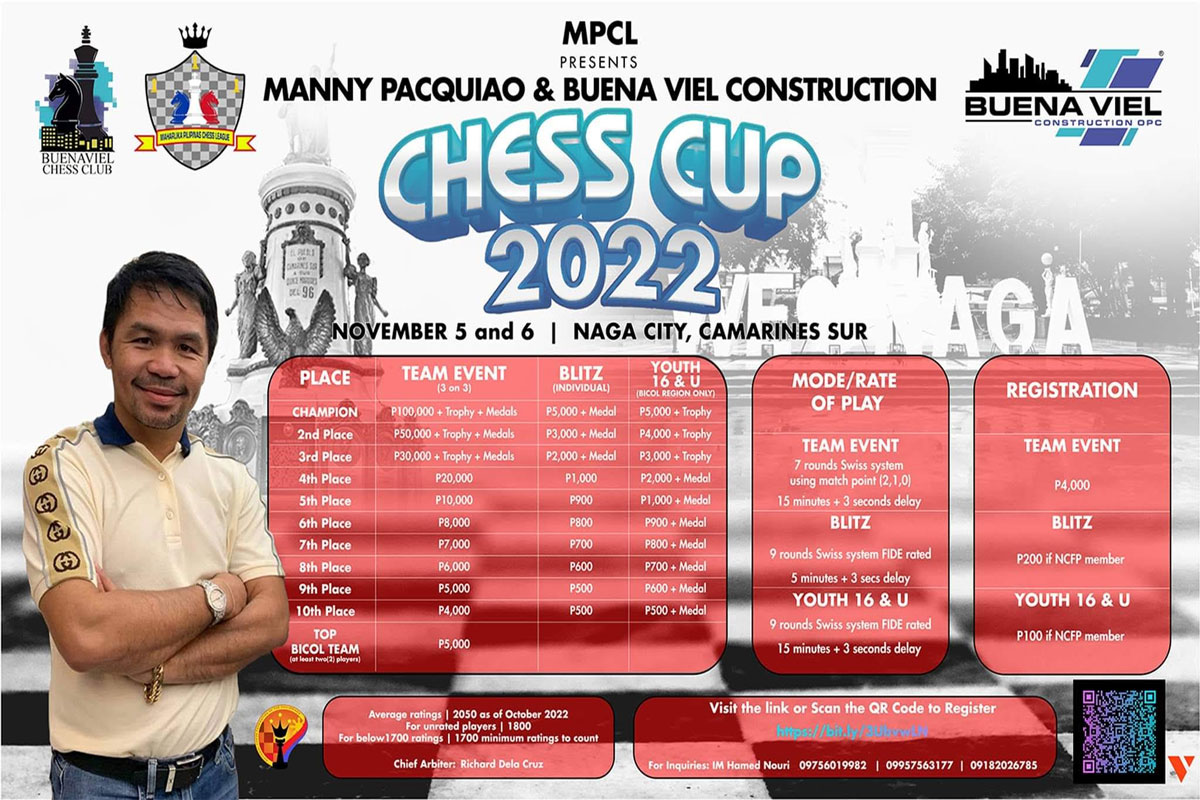 The promotional poster of Sen. Pacquiao’s chess tournament in Bicol.
Other Sports,

HERE’S good news to all chess-loving, chess-playing enthusiasts in Bicolandia.

The two-day championships presented by Buena Viel Construction top official Engr. Jojo Buenaventura is considered as the biggest tournament to be held in Bicol in recent years.

“We are inviting all chess aficionados to join us in this biggest chess event in the Bicol Region,” said Buenaventura, also the team owner of PCAP member Camarines Soaring Eagles.

“This is just the beginning. We hope to organize more tournaments through the MPCL and Buena Viel Construction,” he added.

“Buena Viel Construction has been providing support not only in chess, but in other sports in the region,” said Nouri.

“Buena Viel’s support will help us in the MPCL to conitnue our advocacy to promote chess in the grassroots.”

At stake in the tournament are trophies and cash prizes with the champion in the team event getting P100,000, trophy and medals.

Side events are the blitz tournament and youth 16 under competition.