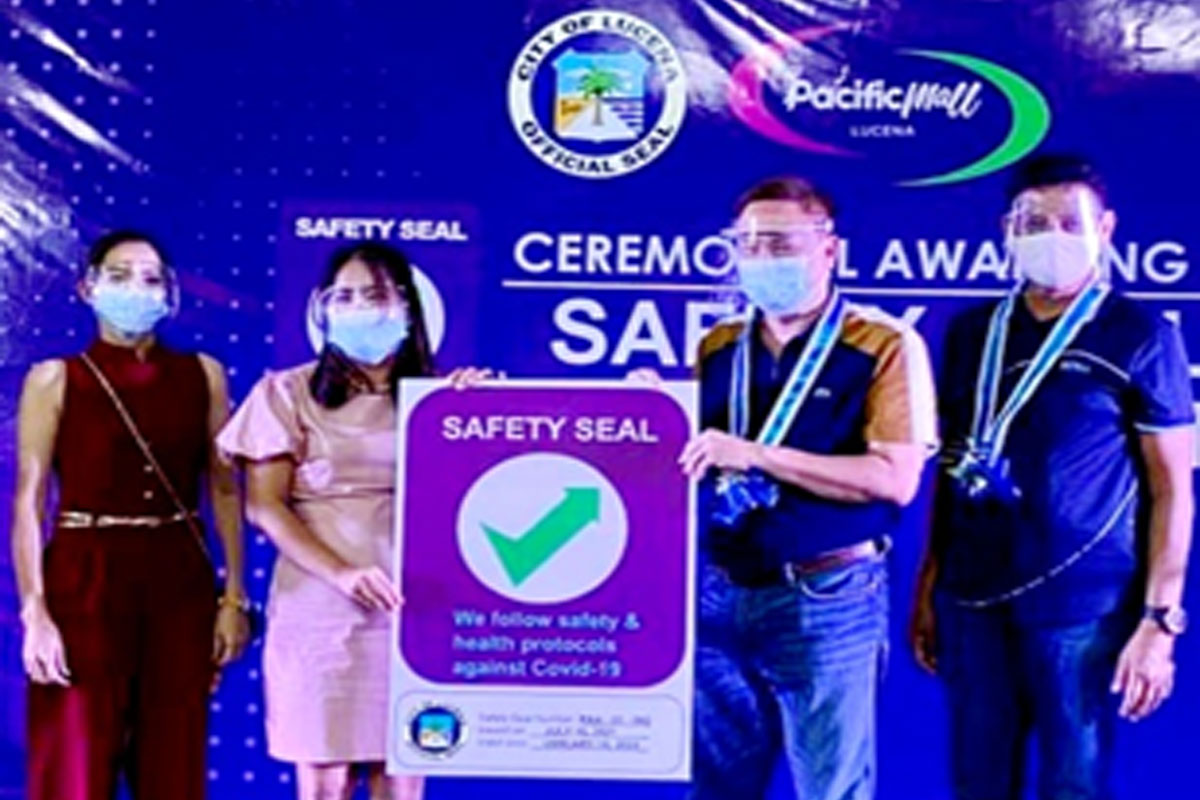 LUCENA CITY – Pacific Mall-Lucena is now officially safety seal certified following the awarding of the certification by the city government on Friday.

Alcala also personally installed the Safety Seal Sticker at the Mall Entrance and in other stores which are also Safety Seal Certified.

Jabrica said that with the Safety Seal, it signifies that Pacific Mall-Lucena and its stores are certified compliant in the implementation of the government’s minimum health protocols, for its customers and partners to be safer while shopping.