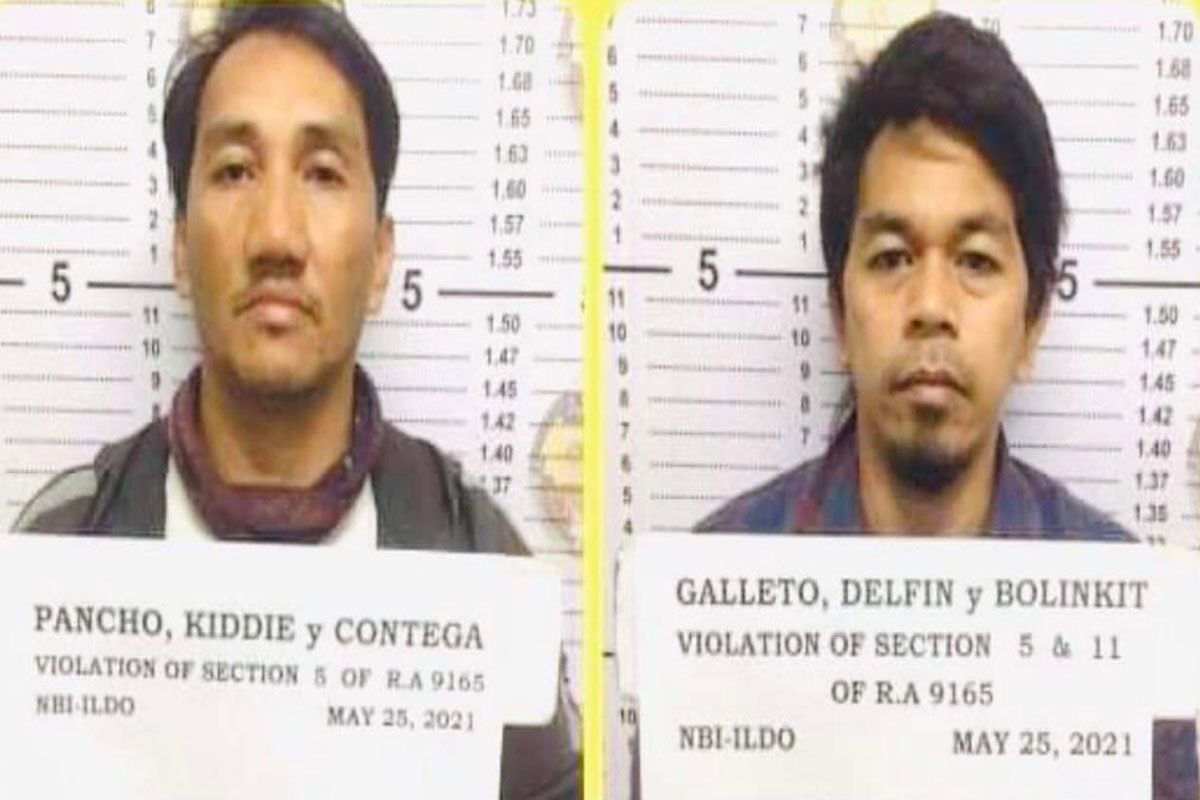 THE National Bureau of Investigation (NBI) announced the arrest of two drug suspects by operatives of the NBI-Iligan District Office (NBI-ILDO) during a buy-bust in Iligan City.

NBI Officer-In-Charge Eric B. Distor identified the arrested suspects as Bicor Galleto a. k. a “Kuya”, and a certain Kiddie Pancho.

Distor said that on May 25, 2021, NBI-ILDO operatives conducted a buy-bust on 2nd East Rosario Heights, Barangay Tubod, Iligan City which resulted to the arrest of the suspects.

The operatives were able to buy a large sachet of shabu weighing 10 grams with an estimated market value of P68,000.

The suspects were presented for inquest before the Office of City Prosecutor of Iligan City for violation of Republic Act 9165, otherwise known as the “Comprehensive Dangerous Drug Act of 2002”.

Cagayan’s most wanted captured in Zambales