Journal News / Mysterties / Ouija in the Cemetery: Not Just a Game 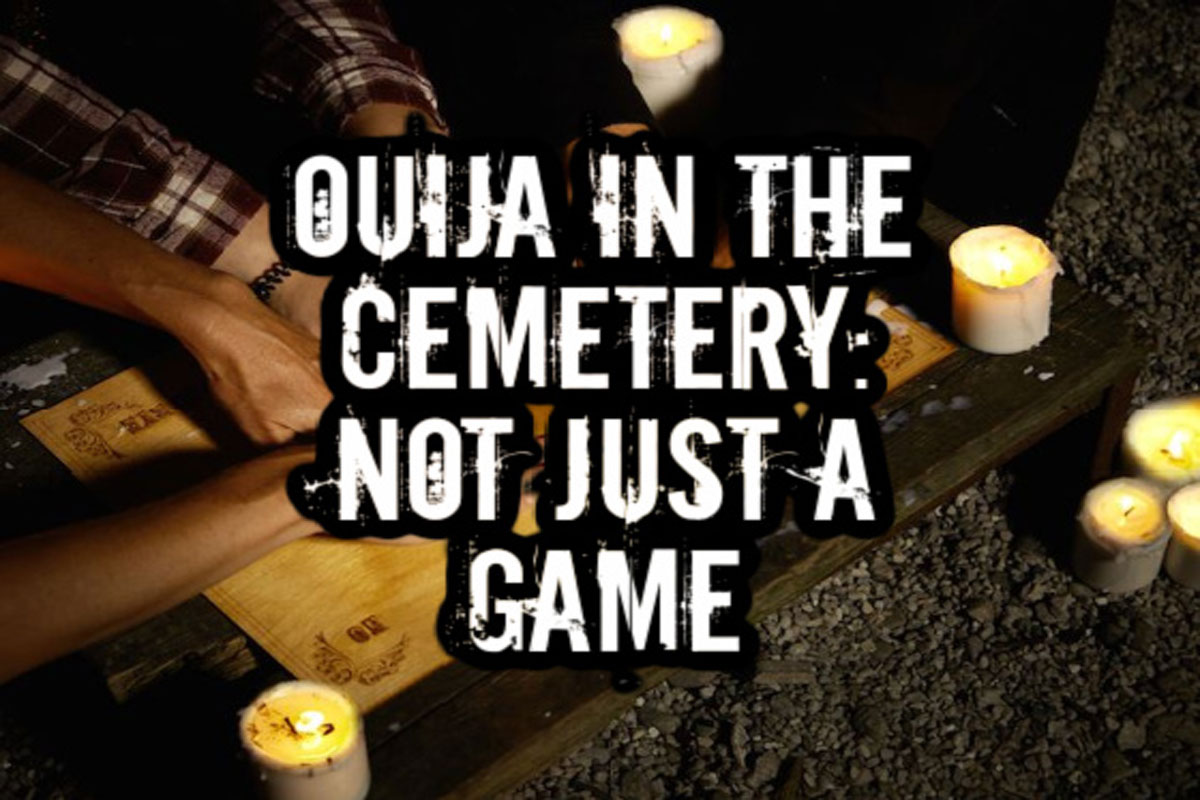 Ouija in the Cemetery: Not Just a Game 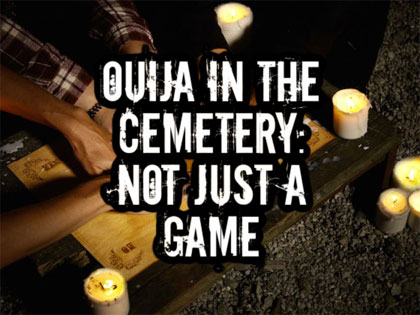 A group of college friends had been playing with a Ouija board for several weeks, when they decided to take it to a cemetery. That night, they realized that there was more to it than simply a game.

“My story happened back in the early 1990’s when I was in college in North Carolina. Me and some of my friends got into playing with the Ouija board. We had been doing it for several weeks and had many ‘contacts’ with spirits. I was skeptical about the whole thing and figured someone was pushing the thing around the board. One girl was particularly into it and the board seemed more active when she was around. I often thought she was pushing it even if it was subconsciously. Some of my friends felt the same way but she was good looking so we went with it. LOL.

One night we were really into it and got the great idea to go do it in a cemetery. I really don’t get scared by much, so I agreed. I lead the way in my car and really didn’t know were I was going. We went up in the mountains and drove until I found a cemetery with a light so we could see what was going on.

We all got out. There were 6-7 of us in two vehicles. Well, we gathered around and 4 people got on the board. Not the girl because she didn’t want us to think she was moving it around. She did ask the questions though because, like I said, she seemed to get a contact all the time. Well, it didn’t take long and she was talking to a ‘spirit,’ asking the basic questions. I, for some reason, was just walking and looking around at the time, listening to what was going on. She asked the name of the spirit and, of course, it was taking time to spell out. When they were finished she said the name and asked if that was right and the cursor went to ‘YES.’ As she said the name I looked at the head stone I was standing by. I said did you say ‘so and so’ and they said yes…and my hair stood up and I went cold. “THATS THE NAME ON THIS HEADSTONE!” Eek! A couple guys thought I was messing with them, so they looked. Everyone freaked when they found out I wasn’t lying. We bolted for the cars and got the heck out of there.

I know everyone is a skeptic when it comes to that Ouija board but there is no way it could have been faked to have me standing right next to the headstone. After that, I wondered if that girl was just tuned into that stuff and not pushing it around.” RD

The Weird Life of a Paranormal Investigator: Beyond the Strange…