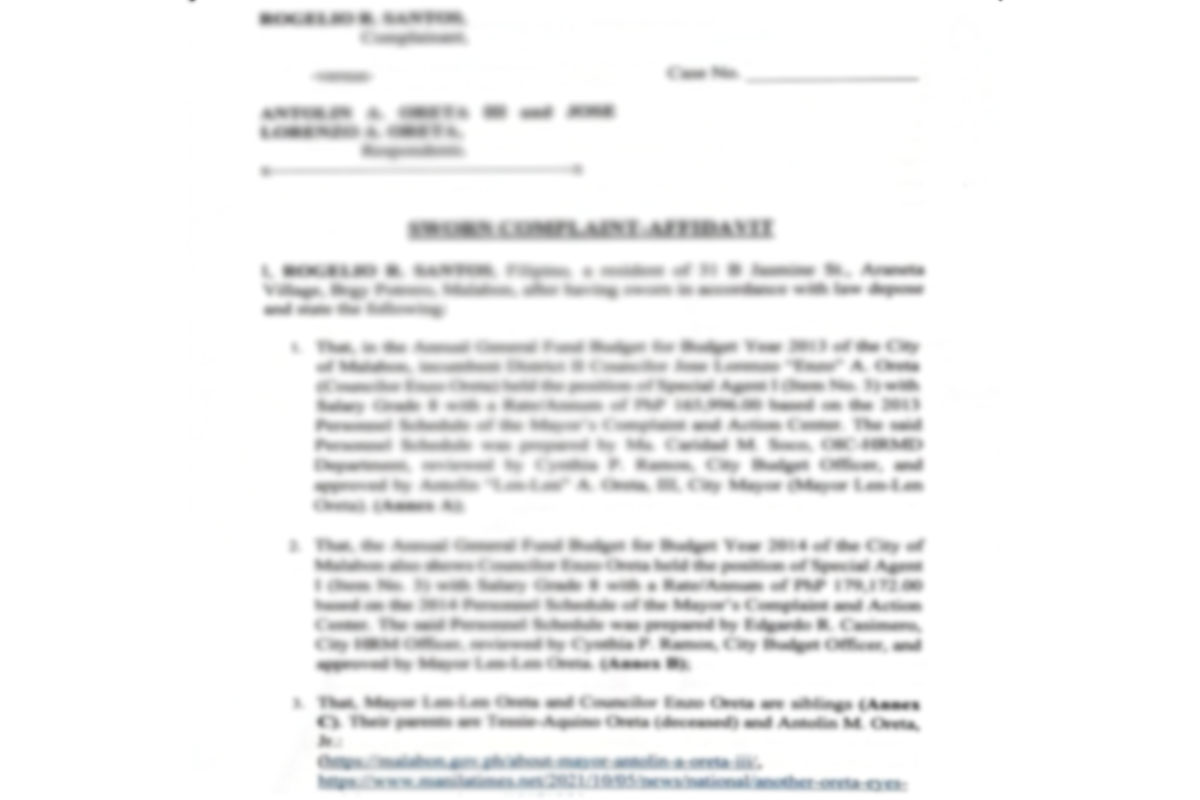 A copy of the complaint
Metro,

This after Rogelio R. Santos, a Malabon resident, filed administrative, civil, and criminal charges before the Office of the Ombudsman against the Oreta brothers for alleged nepotism and violation of the Graft and Corrupt Practices and Code of Conduct and Ethical Standards for Public Officials and Employees.

Santos alleged in his complaint that the mayor approved the appointment of his sibling, Jose Lorenzo to the position of Special Agent I in the Mayor’s Complaint and Action Center for two consecutive years.

With the appointment in 2013 and 2014, Oreta received salary, benefits and privileges corresponding to the position. In 2014, Mayor Oreta allegedly granted a salary increase for his brother.

“Mayor Oreta’s appointment of Councilor Oreta as an employee of the City of Malabon allegedly constitutes to Nepotism or those appointments made in favor of a relative of the appointing or recommending authority, as prohibited in the Administrative Code of 1987,” the complainant said.

The act of nepotism also violates Republic Act No. 3019 or the Anti-Graft and Corrupt Practices Act which prohibits exploitation of family relation by receiving advantage from any other person having applications in the government.

Republic Act No. 6713 or the Code of Conduct and Ethical Standards for Public Officials and Employees also prohibits extending of favors to relatives.

Santos said nepotism is a form of graft and corruption.

The complaint filed seeks for the issuance of Order for Preventive Suspension against the two Oretas pending preliminary investigation and administrative adjudication.

“Their continued holding of public positions, functions may prejudice the documents in their possession, and not influence witnesses that may testify against them,” he explained.