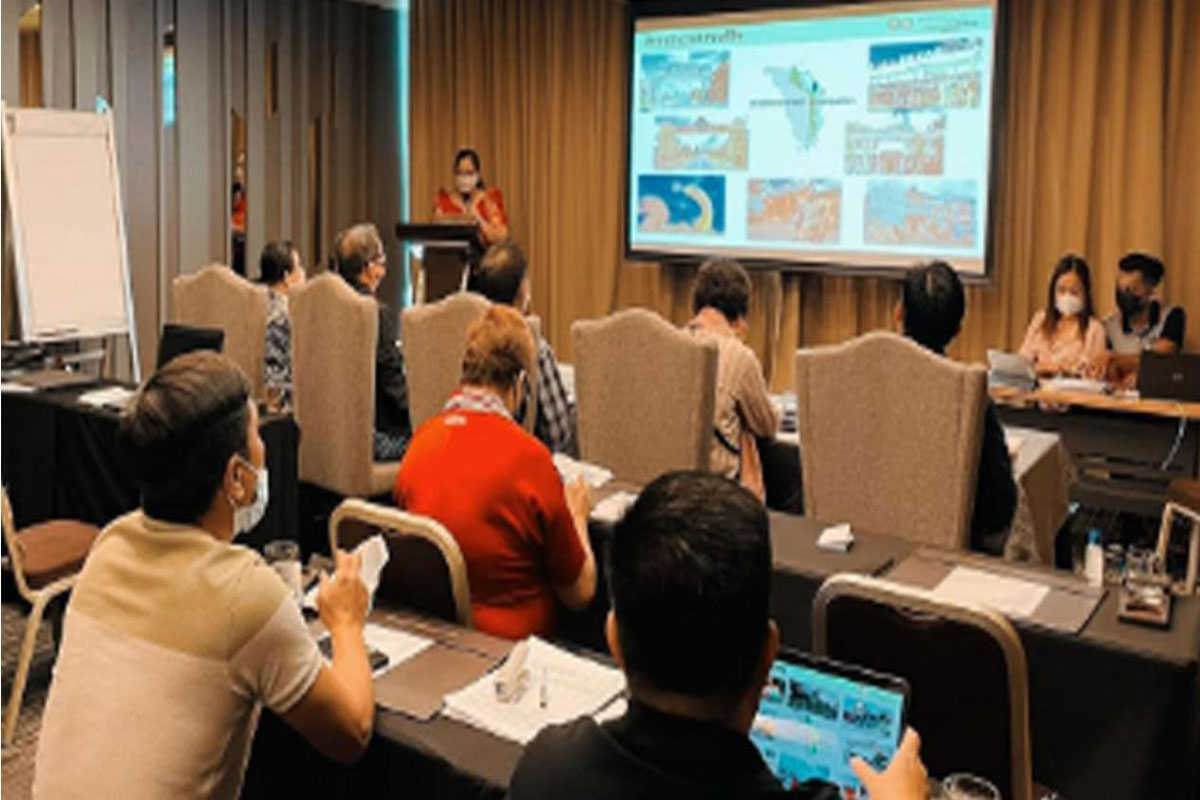 A Provincial Health Office (PHO) official discussing the presentation of the history, cases, and status of malaria in the province of Or. Mindoro. Photo courtesy of Or. Mindoro PIO
Provincial,

ORIENTAL Mindoro has been declared a “Malaria-Free Province” by the Malaria National Technical Working Group (MNTWG) based on the assessment and evaluation conducted recently by the group held in Novotel, Quezon City.

A big part of its success is the collaboration of the PHO-Malaria Core Team with the Department of Health (DOH)-Center for Health and Development (CHD)-MIMAROPA, Municipal Health Office of each town in the province, and the active participation and support of The Global Fund through the Pilipinas Shell Foundation, Inc. and ACT-Malaria which are all non-governmental Organizations (NGOs).

Only one of the strong bases of the evaluation was the zero case or “No Indigenous case [of Malaria] for five consecutive years” of the province from 2011 to 2021.

According to the PHO, although only 15 cases of malaria were recorded among the said people, it was proven that only imported cases came from endemic areas with malaria cases and not from Oriental Mindoro itself.

It will be recalled that the PHO has regular indoor residual spraying against malaria in the Malaria Border Municipalities (MBM) of the province, specifically in the towns of Bulalacao, Victoria, and Puerto Galera conducted in April and May for the first cycle and the month of October and November in its second cycle to keep the people of Mindoreño safe against malaria.

The PHO, on the other hand, ensures that the sustainability plan is still implemented.

Those who assessed the province as members of the MNTWG’s panel of experts also included representatives from the World Health Organization (WHO) and DOH.

Meanwhile, in addition to declaring Oriental Mindoro malaria-free, the DOH also awarded the province the “Outstanding Performance Award” – for their tireless effort in integrating Local Health Systems and their commitment to delivering the promise of Universal Health Care for all.