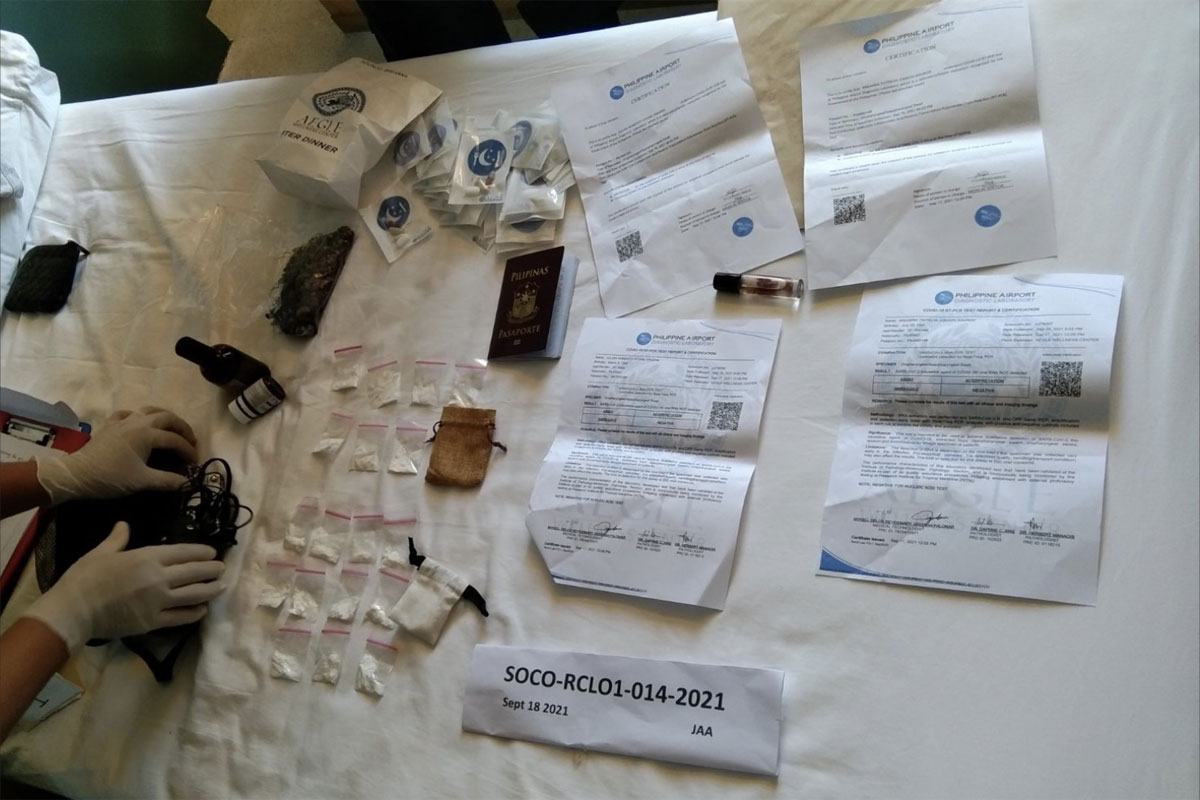 Photos show the mugshot of the arrested suspect and the seized cocaine.
Provincial, 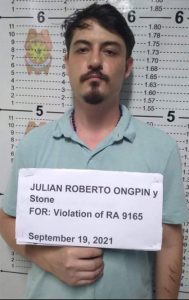 A MEMBER of the prominent Ongpin clan was arrested by the police in San Juan, La Union after over 12 grams of cocaine were recovered inside a local hotel room where his girlfriend was found dead for still unknown reasons last Saturday, officials of the Police Regional Office 1 (PRO1) told the Journal Group.

Julian Ongpin, a 29-year old son of businessman Roberto Ongpin was initially arrested for violation of Republic Act 9165 or the Comprehensive Dangerous Drugs Act of 2002 after a total of 12. 6 grams of cocaine were recovered inside a room of the Float Sum Jet Sum Hotel in Barangay Urbiztondo in San Juan, La Union where his girlfriend was found unconscious, said a report from the PRO1 under Brigadier General Emmanuel B. Peralta.

A Regional Crime Laboratory Office test showed the substance found inside the room by the local police was positive for cocaine. The young Ongpin was also found positive for drug use when he was subjected to a test.

The drugs were recovered by members of the San Juan Municipal Police Station led by Major Gerardo Macaraeg who came to investigate the death of Ongpin’s girlfriend, Breana Patricia Agunod, a 30-year old resident of Malate, Manila.

It turned out that the local police received a report that the body of Agunod was found lying inside the comfort room of their hotel room by Ongpin himself past 4 a.m. last Saturday.

Ongpin claimed that he followed his girlfriend to the comfort room to check on her but was surprised to find her not responding to her knocks on the door.

The man said he forcible opened the door to discover that his girlfriend was no longer breathing.

During questioning, Ongpin claimed that his girlfriend had attempted suicide in the past, the San Juan police said.

The woman was taken to a local hospital where an attending physician declared her dead upon arrival.

During the conduct of a crime scene investigation, officers discovered cocaine scattered in the room triggering the arrest of Ongpin who was booked at the local police station.

As of press time, an autopsy is being conducted on the remains of the woman to determine the real cause of her death. The result of the autopsy test will be the basis for the filing of a possible homicide or even murder case against Ongpin.

Police said Ongpin and Agunod checked in at the hotel 8:30 p.m. Friday and were fetched by their friends an hour later. Investigators are reviewing CCTF footages at the area as part of their investigation.

The Journal Group learned shortly after noon Monday that Agoo, La Union Deputy Provincial Prosecutor Braulio Tade ordered the release of Ongpin and said the case recommended against him by the local police ‘is not proper to inquest proceedings’ and that “the apprehension of the respondent does not fall under any of the instances of where warrantless arrest is allowed.’

“Tade cited the complaint of the San Juan police station that after the woman was found responsive inside the hotel room and was brought to the hospital where she was declared dead upon arrival, the scene was cordoned by SOCO personnel from the PNP Crime Laboratory who found the white substances which turned out to be positive for cocaine. Ongpin, who tested positive for drugs was eventually arrested for illegal possession of drugs.

“Wherefore, in view of the foregoing premises, the instant case is deemed filed for purposes of preliminary investigation. The respondent is hereby subpoenaed to submit controverting evidence in his behalf within 10 days from receipt thereof after which the case is deemed submitted for resolution.

The police authority in custody of the above-named respondent is hereby directed to cause the release of the said respondent unless he is being detained for any other cause or causes,” Tade said in his inquest resolution.