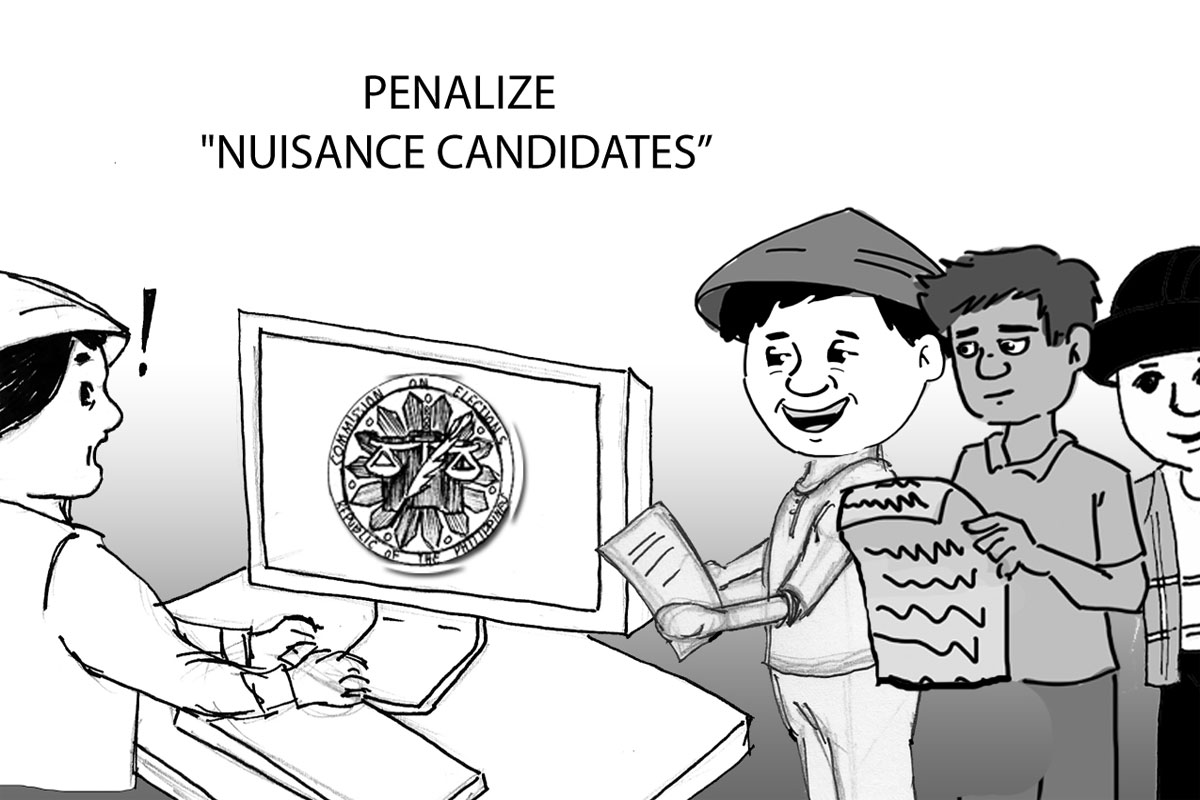 A MOVE to penalize “nuisance candidates” is, without doubt, a welcome development in government efforts to stop the “mockery of the election process” in the Philippines.

In fact, the record number of candidates seeking the country’s top political posts in next year’s national and local polls has thrust out front the need to pass Senate Bill (SB) 726.

Authored by reelectionist Senator Sherwin “Win” Gatchalian, SB 726 calls for the imposition of a P50,000 fine on a candidate declared as “nuisance” by the poll body.

“While said candidates who will eventually be declared as “nuisance” by the Comelec may have achieved their 15-minute of fame, they should be held liable for their act,” said Gatchalian.

A counterpart measure in the House of Representatives, which proposes heavier fines against nuisance candidates, has been approved on third and final reading.

During the eight-day filing of certificates of candidacy, the Commission on Elections (COMELEC) said that 97 and 27 COCs were filed for President and Vice President, respectively.

On other hand, there are 176 aspirants for the 12 slots for senator, while 176 party-list organizations are vying for the 63 seats available in the House of Representatives.

But the Comelec, which is mandated to conduct the country’s elections , will still review the COCs and come out with the final list of official candidates by December.

All “nuisance bets” will be removed from the list of official candidates. The poll body may reject the COC either motu propio or upon a verified petition of an interested party.

The Omnibus Election Code, as amended, defines a “nuisance candidate” as somebody who files his/her COC to put the election process in mockery or disrepute.

Certainly, there should be better reasons to allow a candidate to run for public office.

Is there something wrong in PNP’s Oplan: Katok?
October 23, 2021 Alfred P. Dalizon