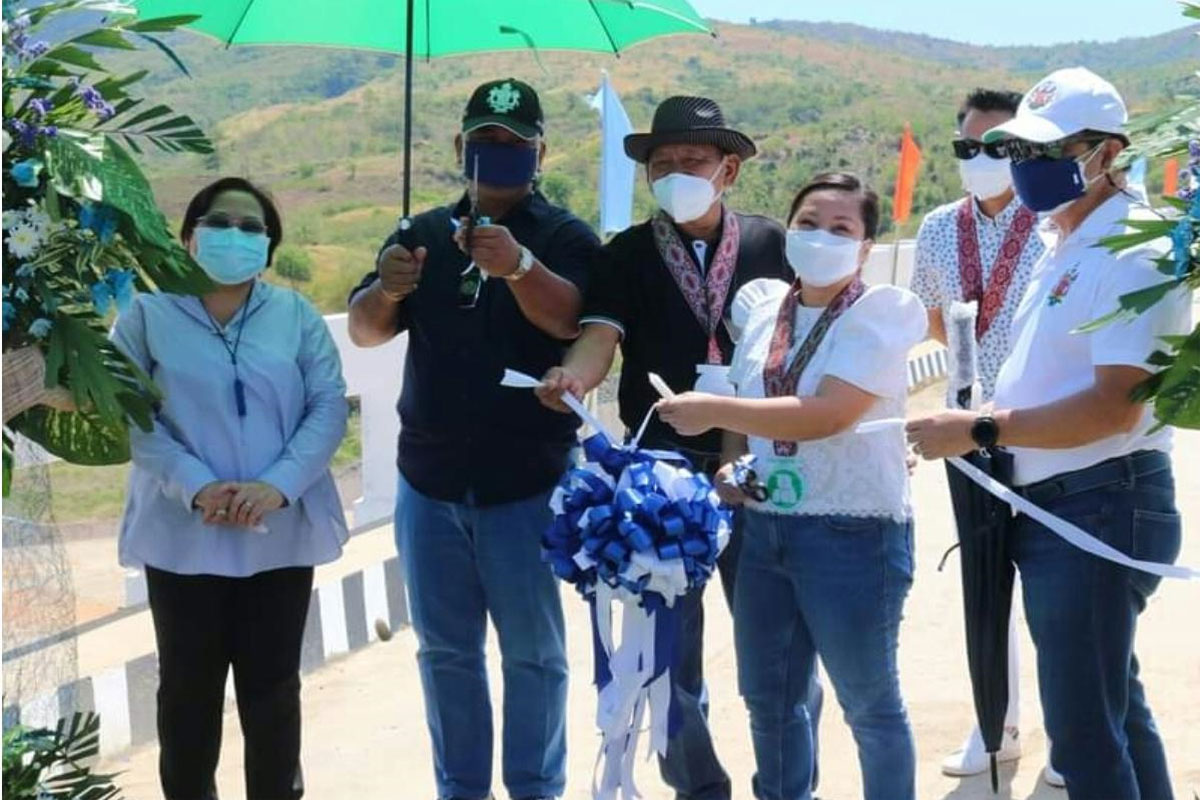 In his speech, Visaya hailed Engr. Bote and the entire UPRIIS Div. 3 team for despite the pandemic, the UTSRIP was finally completed on December 2020.

He said this UTSRIP inauguration was the third unveiling ceremony the NIA has so far hosted for this month of May alone. Visaya said they earlier opened up two dams in Ilocos Sur and Cagayan and a fourth one, which he described as a “very beautiful” dam, is also slated to be inaugurated in the Bicol region on Thursday.

Engr. Bote said UTSRIP has a total service area of 700.87 hectares with 223 farmer-beneficiaries and it was designed to increase rice productivity of farmers in the three barangays of Nazareth, Rio Chico, and Bago in this town and San Mariano in the adjacent Peñaranda town.

Despite the pandemic, Bote said farmers in the area harvested a total of 91,182 cavans of palay, averaging 130.10 cavans per hectare using the SL8H and Longping hybrid rice varieties.

Also present during the event was Engr. Jose Ariel G. Domingo, the current Interim Division 6 chief and erstwhile head of the Division 3 office. Domingo earlier implemented the UTSRIP before he was succeeded by Engr. Elenita L. Toquero as acting Division 3 manager in August of last year.

Highlights of the event included the unveiling of the dam marker and the dispersal of about 12,000 tilapia fingerlings into the reservoir.

City police gets another patrol car