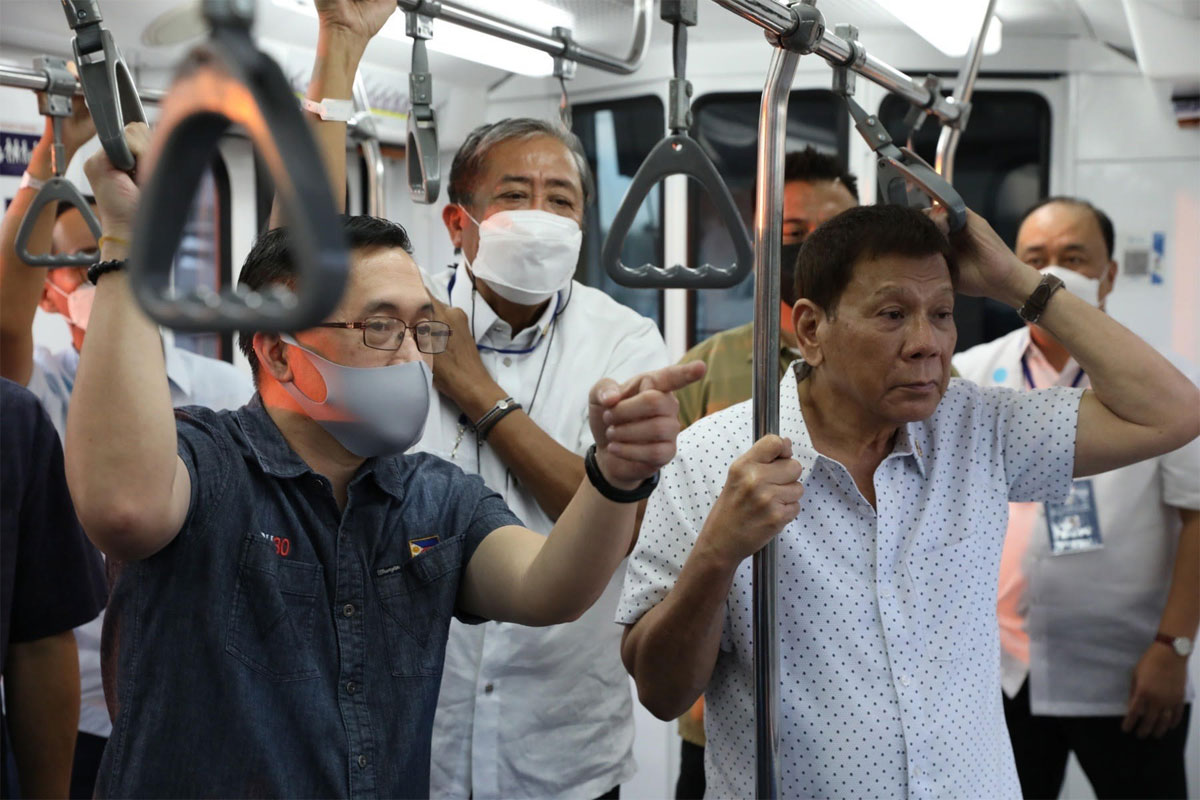 SENATOR Christopher “Bong” Go praised the government’s latest effort to upgrade public transportation infrastructure during a ceremony to mark the rehabilitation of the Metro Rail Transit Line 3 at the Shaw Boulevard Station in Mandaluyong City on Tuesday, March 22.

Go joined President Rodrigo Duterte who led the unveiling of the marker of the project, which aims to give commuters faster, more efficient and more reliable rail services.

The rehabilitation phase of the project began in mid-2019 and was completed in late 2021. The PhP17.74-billion project was mainly funded by an Official Development Assistance grant from the Japanese government through the Japan International Cooperation Agency, signed in 2018.

Thanks to the rehabilitation, train speeds can now reach up to 60 kilometers per hour (kph) from 25 kph while the interval between arrivals is reduced from eight to ten minutes to just four minutes. The number of carriages per train unit has also been increased from 12-15 to 18-22 carriages.

Moreover, the Department of Transportation reports that all elevators and escalators are operational. Unloading incidents have significantly decreased from a monthly average of 45 incidents from January 2016 – November 2017 to 1.6 incidents since May 2019.

In a message, the senator welcomed the President’s announcement that all MRT rides will be free from March 28 to April 30, 2022. He underscored the importance of public transportation in growing the economy and expressed confidence that the new effort will improve the system to the benefit of people and businesses across the region.

“Ramdam talaga ng ating mga kababayan ang ginhawa na dala ng mga bagong imprastrakturang ito. To sustain these gains amidst the unprecedented challenges caused by the COVID-19 pandemic, all we need to do is to continue to enforce, implement and improve these projects for the benefit of the Filipino people ,” he added.

Go then accompanied President Duterte, Secretary Arthur Tugade and other officials in a train ride from Shaw Boulevard Station to Santolan Station, and vice versa, after the ceremony.

In a speech to guests, the President reaffirmed his government’s commitment to ensuring that key infrastructure investments will be kept to help spur the country’s economic recovery. He pledged to keep up the momentum so commuters can enjoy a better public transportation experience in the new normal.

“This project is part of this administration’s effort to improve connectivity and mobility which is critical in sustaining economic growth and development despite these challenging times. While we are steadfast in addressing the set-backs caused by COVID-19 pandemic, the government still strives to finish crucial projects like this,” said President Duterte.

“As President, I recognize the deep need for urgent response to challenges that confront us daily. Hence, I am determined to help you selflessly and give myself unreserved to champion the best interests of everyone,” Duterte added.