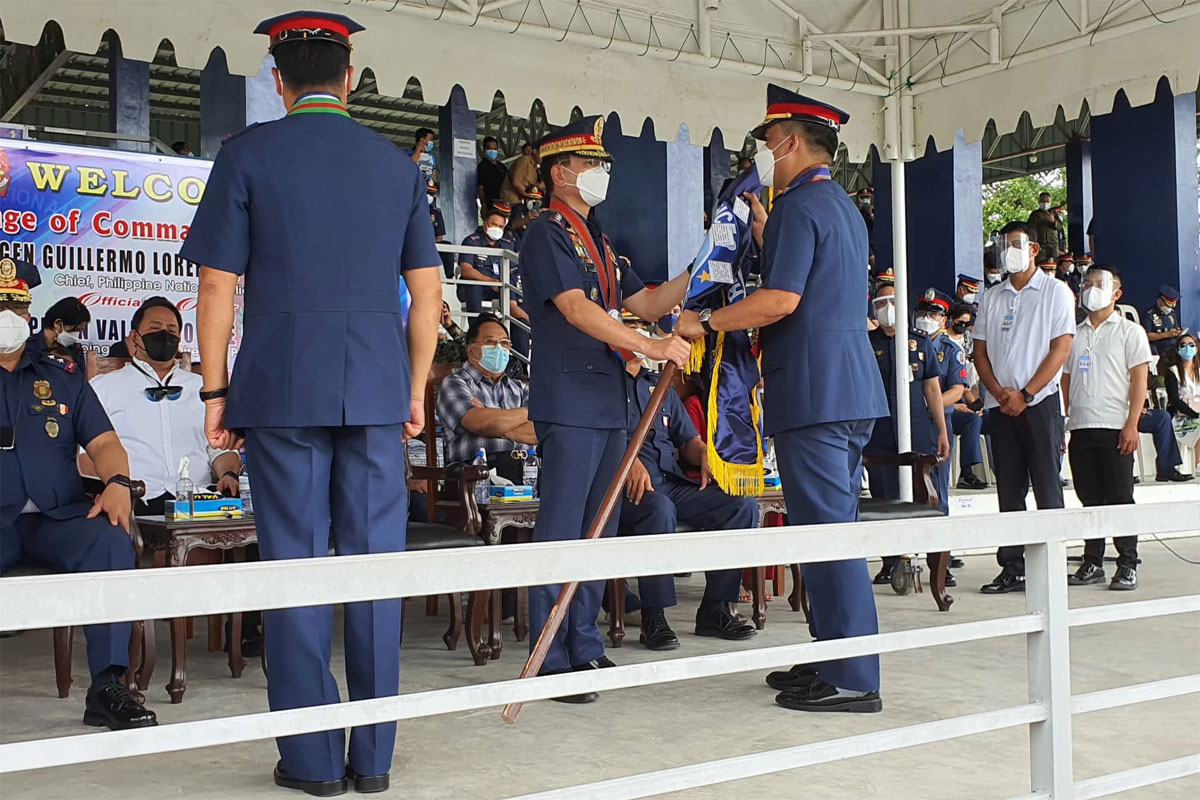 The new PRO3 director, who was previously assigned as chief of PRO3 Comptrollership Division and chief of the Regional Intelligence Division, was welcomed at the Police Regional Office 3 with an Arrival Honors rendered by PRO3 PNP personnel.

“As we are in the new normal, let us have no let-up in our mandated tasks. Malapit na ang Kapaskuhan at siguradong tataas na naman ang ating crimes against properties kasabay din ang paghahanda sa ating nalalapit na national at local elections, we should all be prepared.

“I assure our chief PNP Gen. Guillermo Eleazar that PRO3 will strictly adhere to and complied with the Intensified Cleanliness Policy. Ang mabuti kong gawa gagantimpalaan at ang masama parurusahan, this will be my marching order in my tenure here in Police Regional Office 3,” Baccay said.

Baccay is a member of PMA Class ’92 Tanglaw-Diwa and was the district director of Eastern Police District prior to his assumption as PRO3 top cop.

Meanwhile, De Leon will assume his post as the new director of the PNP- Civil Security Group following the compulsory retirement of PMGen. Ferdinand Daway.

Antique still on Alert Level 2 due to low vax rate among seniors
May 21, 2022 People's Tonight