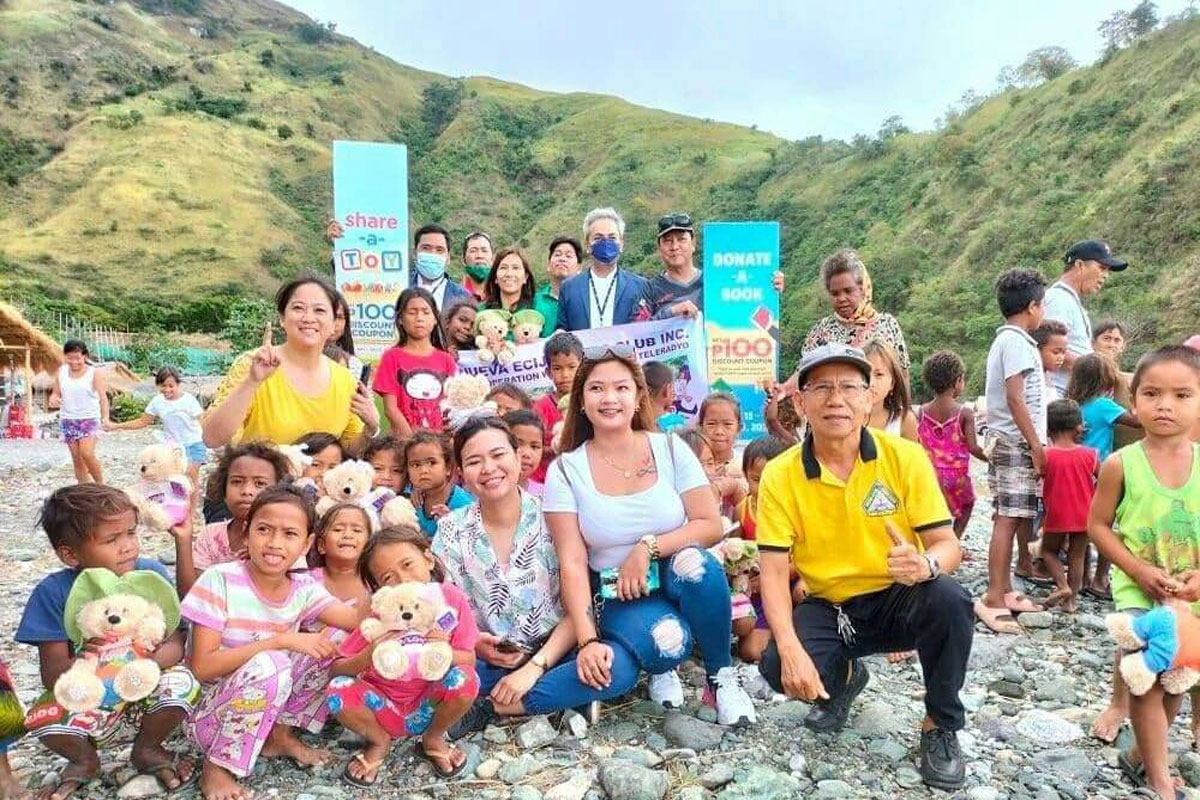 GIFT-GIVING. The Nueva Ecija Press Club Inc. headed by its president Gina Magsanoc and the SM City-Cabanatuan, SM Megacenter and the SM Store join forces in launching the “Alitaptap” project in Gabaldon, Nueva Ecija on January 28. The gift-giving project aims to bring smile to the faces of Dumagat children by giving them books, bears and toys amid this pandemic. Photo shows the 60 Dumagat children, with NEPCI members and SM mall executives, during the gift-giving activity held at the Dupinga River. Photo by Steve Gosuico
Provincial,

GABALDON, Nueva Ecija – At least 60 Dumagat children benefitted from a gift-giving project conducted by the Nueva Ecija media and the SM Supermalls in the province held at the Dupinga River in this town last January 28.

Dubbed “Alitaptap Project,” the gift-giving was jointly sponsored by the Nueva Ecija Press Club Inc. led by its president Gina Magsanoc and the SM City-Cabanatuan, SM Megacenter and the SM Store.

It involved the giving-out of books, bears and toys to indigenous children in an effort to bring smiles to their faces amid this pandemic.

The books, bears and toys handed out to the Dumagat kids were those that were accumulated after the launching by SM of its “SM Bears of Joy, the Donate a Book, and Share a Toy” campaigns last year, said SM asst. mall manager Rommel Gutierrez.

“Through this kind of project, we hope to see the smiles back on the kids’ faces and truly this is heartening,” said Gutierrez, who led the gift-giving, along with Magsanoc and SM publicity officer Sheen Eugenio.

“We thank and congratulate the NEPCI in their efforts to bring cheers to these indigenous children and also in partnering with SM in this kind of endeavors to bring community service to far-flung areas, which we will continue to support as long as it takes,” added Gutierrez.