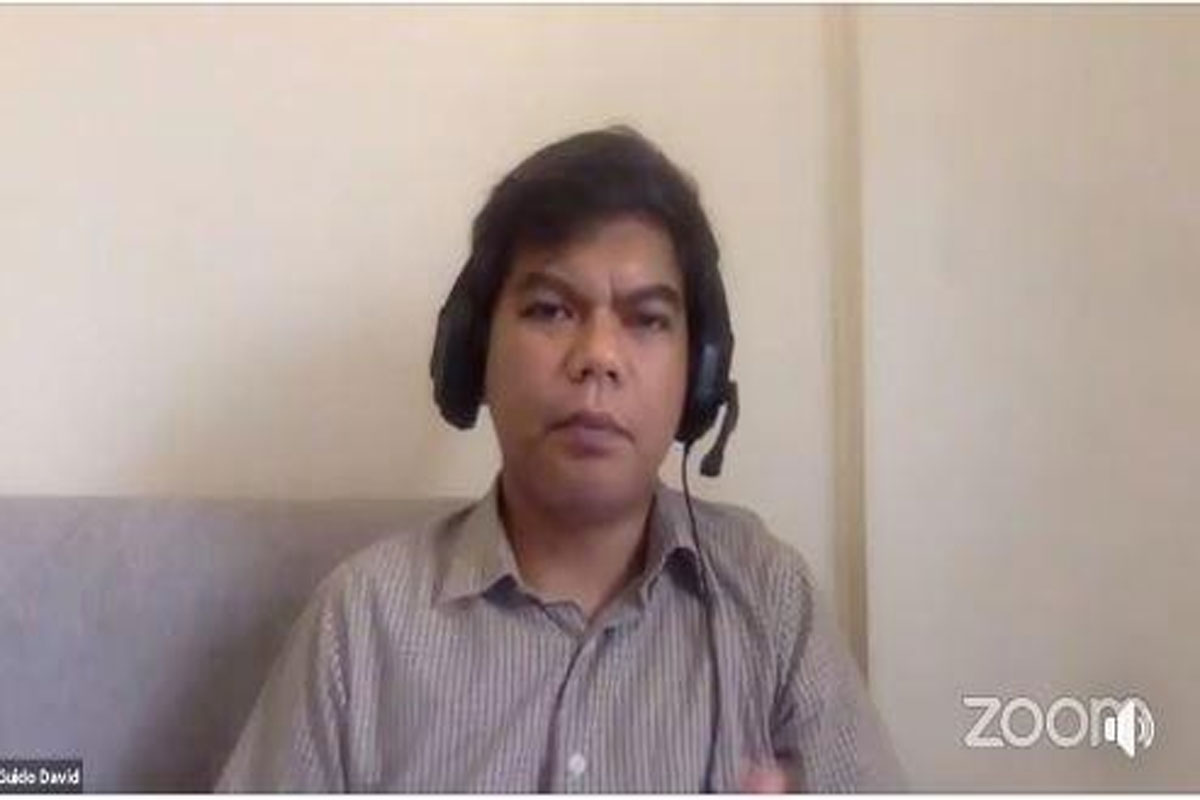 The rate dropped to 3 percent from 5 percent on Friday based on its seven-day moving average.

“Once the daily growth rate becomes negative, new cases in (the National Capital Region) are decreasing,” explained David in his report.

The region’s reproduction number, or the number of people infected by a single case, also decreased to 3.22 as of January 11, he added.

According to U.S. nonprofit Covid Act Now, the reproduction number should be below 0.9 to indicate that cases are decreasing. On the other hand, a rate of above 1.4 means infections are increasing exponentially.

“While the decrease in growth rate is strong evidence that the trend in the NCR appears to be peaking, it is subject to data backlog and late reports,” mentioned David.

David also warned that the new testing rules could manipulate the numbers. When asked if limiting tests to only three priority groups would result to inaccurate data, David agreed.

“We will likely see a steep artificial decline,” he said.

The Department of Health on Tuesday announced a policy shift amid the surge of new cases.

It said it wants to prioritize the vulnerable population in testing, which includes healthcare workers (A1), senior citizens (A2) and persons with comorbidities (A3).