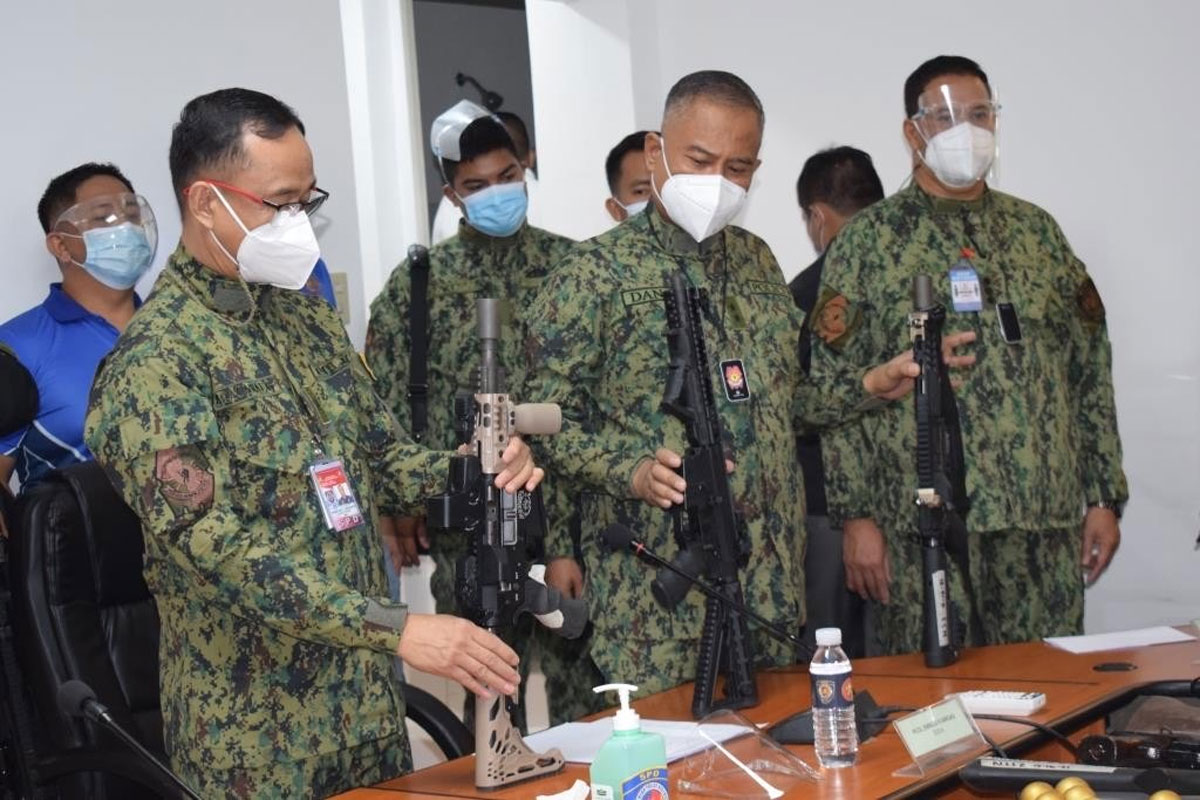 NATIONAL Capital Region Police Office (NCRPO) director, Major General Vicente D. Danao Jr. on Monday said they have smashed a gun trafficking syndicate in Metro Manila following a series of operations conducted by the Southern Police District (SPD) which led to the seizure of a cache of assault rifles, live ammunition and explosives.

“The arrests were made in connection with our ongoing crackdown against illegal firearms which can be used to disrupt the 2022 presidential and national elections in Metro Manila and other parts of the country,” he said.

First to be arrested by the SPD team led by Lieutenant Colonel Renante Galang was Nichol John Jerusalem, 30. Danao said the suspect was arrested after he sold an assault rifle and a grenade launcher for P180,000 to an undercover officer.

The sting was conducted at the suspect’s residence at Block 17, Extension 9th Street, Barangay Katuparan in Taguig City around 8:20 p.m. last Thursday.

A follow-up operation around 11:30 a.m. Friday on 588 Juan Luna Streer corner Shaw Boulevard in Bgy. Concepcion, Mandaluyong City led to the arrest of 32-year old Bruce de Leon who turned out to be the suspect who managed to escape apprehension during the Taguig City operation.

The suspect’s motorcycle with plate no. 854PZQ was impounded by the SPD.

Both suspects are facing charges for violation of Republic Act 10591 or the Comprehensive Firearms and Ammunition Regulations Act of 2013. Jerusalem will also be charged for illegal possession of explosives which is a non-bailable offense.