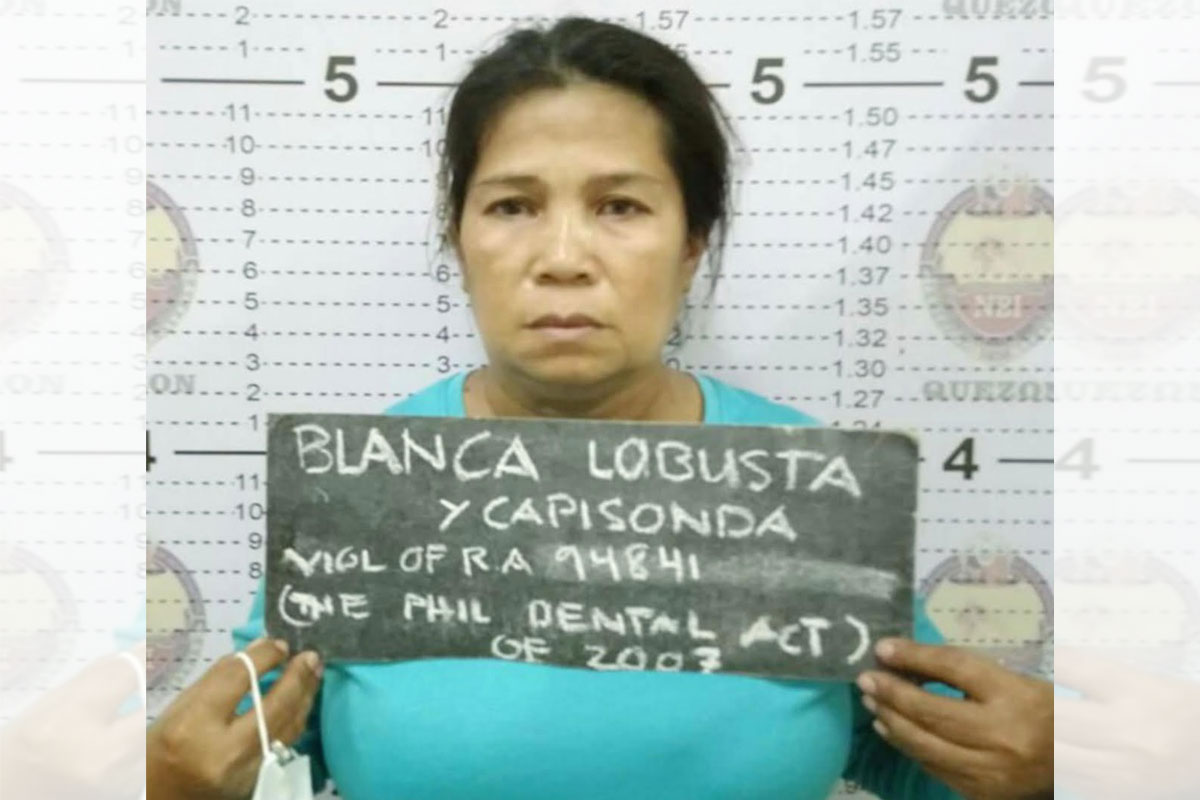 LUCENA CITY-— National Bureau of Investigation (NBI) agents arrested a 54-year-old woman for illegal practice of dentistry during an entrapment operation at Brgy. Silangang Mayao, this City on Friday.

NBI- Quezon Agent- In- Charge Dominador Villanueva said Bianca Perjes Capisonda- Lobusta a.k.a. Tita Cosa of Brgy. Marketview, here, was accosted by NBI agents led by Special Agent Elbert Maliwanag when she was about to inject anesthesia on a patient who just paid her marked money.

Prior to the arrest, Villanueva said Lobusta asked Minerfa Alvarez Sumilang, 38, of Brgy. Silangang Mayao to give her P500 as payment for the extraction of her tooth at the resort of the latter’s employer, businessman Cresencio Buenaflor.

Villanueva said Lobusta has no dental clinic and that she extracts teeth at her patients’ houses.

Villanueva said the suspect was charged with violation of Republic Act 94841 otherwise known as the Philippine Dental Act of 2007.